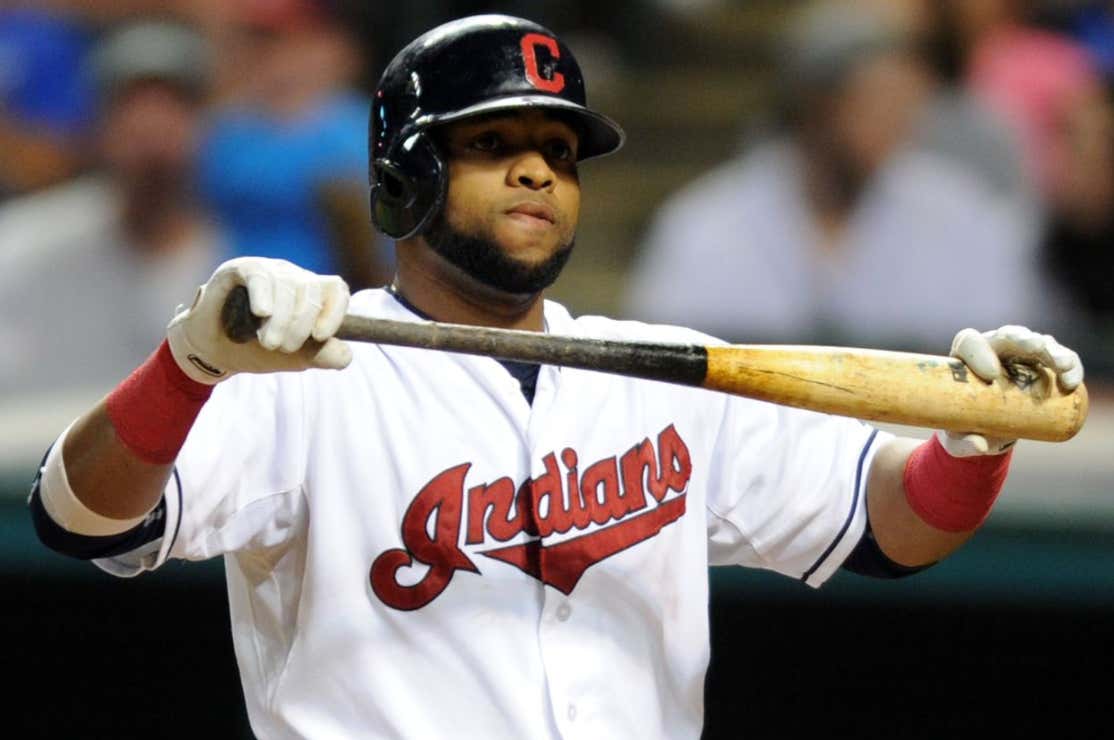 ESPN – The Philadelphia Phillies have agreed to a three-year, $60 million deal with free agent first baseman Carlos Santana, according to multiple reports. The deal was first reported Friday by FanRag Sports. Santana has played his entire big league career with the Cleveland Indians, who acquired him in a 2009 trade from the Los Angeles Dodgers. The 31-year-old Santana has developed into a consistent run producer, and after catching and playing third base, he has become one of the league’s best fielding first basemen. He was a Gold Glove finalist this year. The switch-hitting Santana batted .259 with 23 homers and 79 RBIs last season for the AL Central champion Indians. He has a career .249 average with 174 home runs in eight seasons for Cleveland.

Smooth…Get it? Because the guitarist Carlos Santana and Rob Thomas played the song Smooth? Sure. Fuck me. Whatever. Well, beisbol Carlos Santana is a veteran from a winning team who has a solid mitt at first and a very good OPS (.814 for his career). He even has some pop to his stick as he hit 34 dingers in 2015 (albeit it only 23 last year). Carlos will provide some fine protection for Rhys Hoskins in the middle of the lineup and should be a decent 3-year filling at first for the Phillies.

It’s not the sexiest move by any means, but I guess it’s OK? Of course the Phillies would love to splash their nuts on the Hot Stove and leave the winter meetings with Manny Machado in hand. But it’ll be interesting to see what they do with a now crowded, young outfield with Hoskins, Hererra, Altherr, and Nicky Williams So, yeah, Tbyrd will have more on this feisty offseason later, but for now the Phillies have been FEROCIOUS in their moves. Among some relievers signed/resigned, they also traded away the longest tenured Phillie, Freddy Galvis, to the Padres today in exchange for a Double-AA picture, so I suppose the JP Crawford era has arrived at short. Regardless, Sauced up Gabe Kapler is gonna have a lot on his plate come spring. If he needs any help, Camp Smitty y Carrabis is always open.