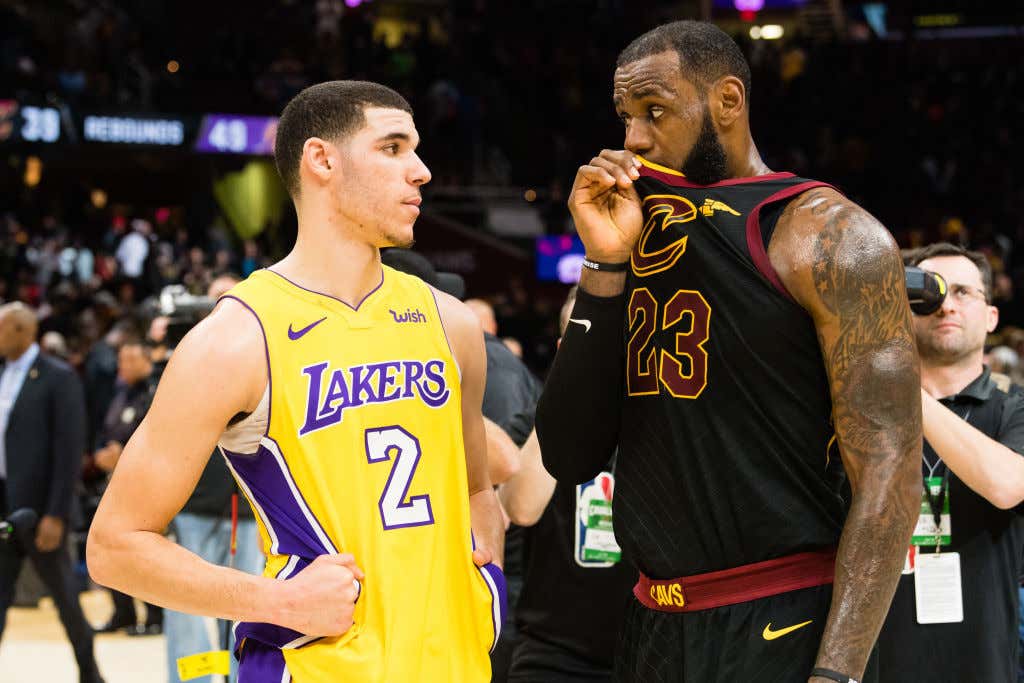 Welcome to another edition of Last Night In The NBA where we catch you up on everything you missed from the night before in the Association. We had just 5 games last night, mostly blowouts, but overall it was still an entertaining night of basketball. If you missed it for whatever reason, that’s why I’m here. Here’s what happened

The Pistons learned what many NBA teams have discovered so far this season. Are you struggling to win games? Do you need a reset button type opponent to help you get back on track? Well, enter Atlanta! They cure everyone’s struggles and the Pistons were no different. Finally snapping out of their offensive slump they got over 100 for the first time in 5 games and finished with 45/43% splits. Six players reached double figures, led by Tobias Harris’ 19 points on  8-11.

They also got a great performance from Langston Galloway off then bench, who had 17

I credit ATL for trying to make a run in that fourth quarter, but the damage was already done when they scored just 33 points combined in the 2nd and 3rd.

For ATL, I don’t even know how to describe what your starters did. Outside of Ilyasova who went 10-14 for 23 points

everyone else went 6-24 and had 21 points. That’s bad, and something that will definitely impact your ability to win. Rookie John Collins didn’t start but was the best player of the second unit going for 15/7, but it didn’t matter. The Hawks have now lost 3 in a row and are 3-10 at home. At home!! Truly remarkable.

Normally when talking about the Knicks, the story is about Porginzis being unstoppable. Well, last night was a bit different, as it was the trio of Courtney Lee, Beasley and Ntilikina that made the biggest impact

Why was this the case? Well…..

Porzingis played just 18 minutes, and anytime you hear “non contact” and “knee”, you get nervous. I may hate Knicks fans outside of Clem with a passion, but I wouldn’t even wish this on them. I don’t want Porzingis to be seriously hurt the same way I never want Embiid to be hurt. I love watching them play. So, my Ts and Ps are with Porzingis at this time until I realize that if he is hurt he’ll probably have Jenn Selter over to rehab him and for that he is an asshole.

For BJKN, still no Okafor, but what they did get was a career night from Spencer Dinwiddie who had 26/7/7 on 9-17

See Celtics fans, you can break your ankle and come back and be totally fine. Just sayin.

I will say it probably hurt the Nets going just 12-42 from behind the arc, as did the 17 TOs, so next time your playing a team without their best player, please change this strategy and win that game. Thank you.

Lonzo vs Lebron! Again, I hate to do it, but Lonzo played really well in this game, and has been playing well over his last few. Almost like he’s a rookie figuring out the NBA or something. He had 13/8/11 on 5-11, but did make some big threes to mak this a competitive game, and his passing was most definitely elite

If you’re a Lakers fan, you were VERY drunk off potential watching this game. Not only with Lonzo, but with Kuzma who had 20/7 on 8-16

and Brandon Ingram who looked GREAT, with his 26 to lead the team

Give the Lakers credit, they kept battling and battling every time the Cavs seemed to me pulling away, until Lebron came back for the final stretch in the fourth and basically put them in a corner. The problem was TOs, you can’t turn the ball 18 times against a Lebron team, and you also are in a tough spot if you don’t defend the perimeter, which they didn’t really do either. You have to admit though, guys like Ingram/Kuzma did not look scared of the moment whatsoever, which is a good sign for their development.

as he continues to have probably his best season of his career in Year 15 which is totally normal, and to go with this, the Cavs got a great performance from Kevin Love, who simply couldn’t miss and had 28/11

Remember when Cavs fans didn’t like Love, and thought he was sneaky overrated and soft and wanted to trade him? Would they still do that now?

Again I want to be impressed with the Cavs and their record, but they’ve had the easiest schedule in the league thus far. That is not hyperbole either, they rank 30th in SOS.

Bigger surprise, the Timberwolves beat the Kings or Thibs playing 11 guys? I’m sure their opponent had a lot to do with it, but the MIN Big 3 balled out, combining for 73 of the 119

KAT felt responsible for the loss against PHI, and he responded well with 30/14/5, was active early in the first quarter offensively, and for once actually showed some life on the defensive end. MIN couldn’t miss early, shooting over 60% in the first half, and they ended the night with 56/47% splits and just 9 TOs. That’s going to win you a lot of basketball games if you keep playing like that, but again, the team they played stunk so read into that what you will.

For SAC, it sucks that Fox got hurt in the first quarter with a quad injury, but I’m not so sure it really makes all that much of a difference given how MIN was locked in.

I will say, at least they can have some fun while getting dominated

Safe to say I was VERY WRONG about SAC heading into this season. Woof.

Imagine not having Green or Curry still, and being on an 8 game winning streak. Yeah no kidding DAL sucks for the most part, but that is still impressive given how important those two guys are. I suppose it helps when Kevin Durant goes to another level to pick up the slack, as he did again last night with 36/11/7 on 15-23

With how good Harden/Lebron have been we don’t hear much about KD in the MVP conversation, but he’s not up to 29/7.6/6.9 while shooting 52% in December. He has been incredible during this winning streak, and the main reason why GS has been able to stay within striking distance of HOU.

I suppose it also helps when you remember they do in fact have Klay Thompson too, who is pretty good at basketball

It wouldn’t be the Warriors if they didn’t get a solid suprise performance from someone who if you’re playing against them will make you pull your hair out, and last night that person was Omar Casspi with a nice 17/11 on 7-9 shooting. On the third day of Hanukkah no less!

The Warriors did that thing where they let you feel like you’re competitive with them in the first half, then the third quarter rolls around and it’s time to play for real, and death soon follows. Bastards.

For DAL, good job, good effort, and at least we got some vintage Dirk

Rumors are he’s thinking about playing 1 more year, and I’m all for that. Love Dirk.

And that’s it! You’re now all caught up on everything that happened last night in the NBA. We have a full slate of games tonight, 11 in all, but it’s also a Friday night so if you don’t want to stay in and watch matchups like BOS/UTA, DET/IND, OKC/PHI, LAC/WSH, NO/DEN, or SA/HOU that’s fine, just come back tomorrow and I’ll tell ya all about it.