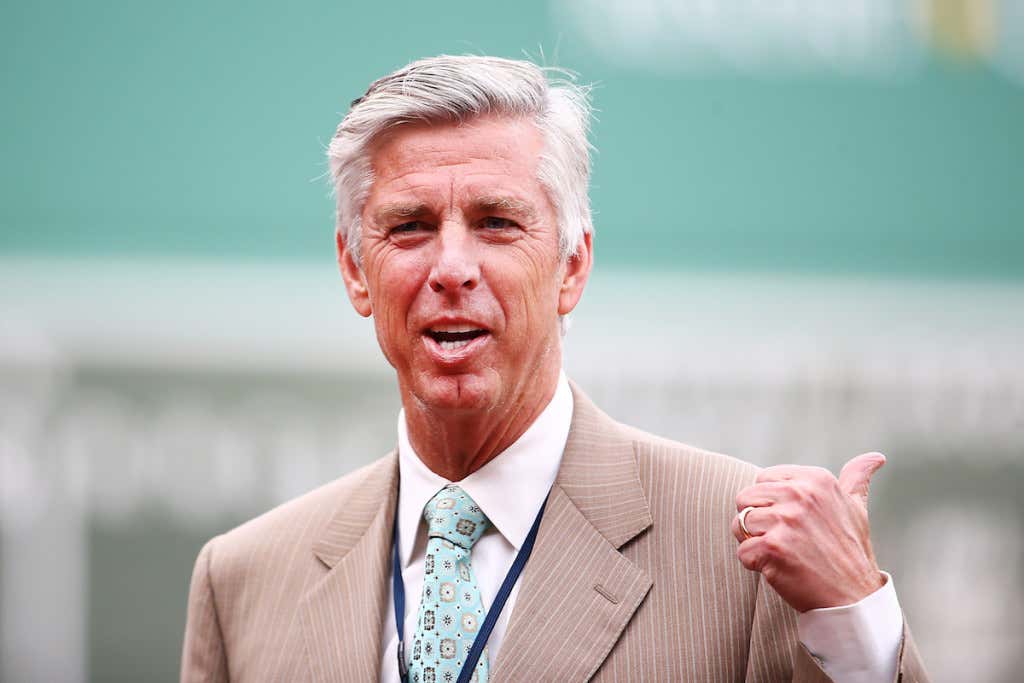 This is Dave Dombrowski’s third offseason as the President of Baseball Operations for the Boston Red Sox. In year one, he signed David Price to a $217 million contract and traded four prospects for Craig Kimbrel. In year two, he traded the top prospect in baseball in a package for Chris Sale. This offseason, he’s yet to do anything — anything at all — but the Red Sox are hot on the trails of JD Martinez, who is the top bat on the free agent market.

You seeing a trend here? They’re all the easy, no-brainer moves. Anybody can write a check. Anybody can flip the top prospect in baseball for an ace. The best GMs are the ones who get creative. What has Dombrowski done since he’s been in Boston that’s ever been creative? The answer to that question is nothing. He’s yet to make a single creative, outside the box-type move and that’s why Theo Epstein is the GOAT. He’s a dynasty-building, curse-killing son of a bitch because of his ability to think outside the box.

That’s why the Red Sox need to hire this three-year-old. Oh, the Red Sox need some offense in the middle of the order? You want the alternative to spending north of $150 million on JD Martinez without sacrificing any of the talent? Bring Manny Ramirez back from Japan and sign him. Boom.

Anybody else think of that? Absolutely not. This kid just thought outside of the box and then thought outside of the box that he just thought out of. And that’s how you win championships. As the free agent market continues to become more and more ridiculous with Bryce Harper pegged to make somewhere in the region of $400 million next winter, you could probably get Manny Ramirez back in a Red Sox uniform if you just give him sushi whenever he wants and don’t make him practice with the team. That’s all it took to lock him down with the Kochi Fighting Dogs in Japan.

If the Red Sox wanna see this whole Dombrowski thing through, then be my guest. But at the very least, they need to hire this three-year-old as an advisor to Dombrowski. Actually get some brain power going in that front office over on Yawkey Way and maybe we’ll all live to see more than one goddamn playoff win with Dombrowski calling the shots.

Also, I could watch Manny Ramirez hit bombs all day. It’s literally my favorite thing to do.