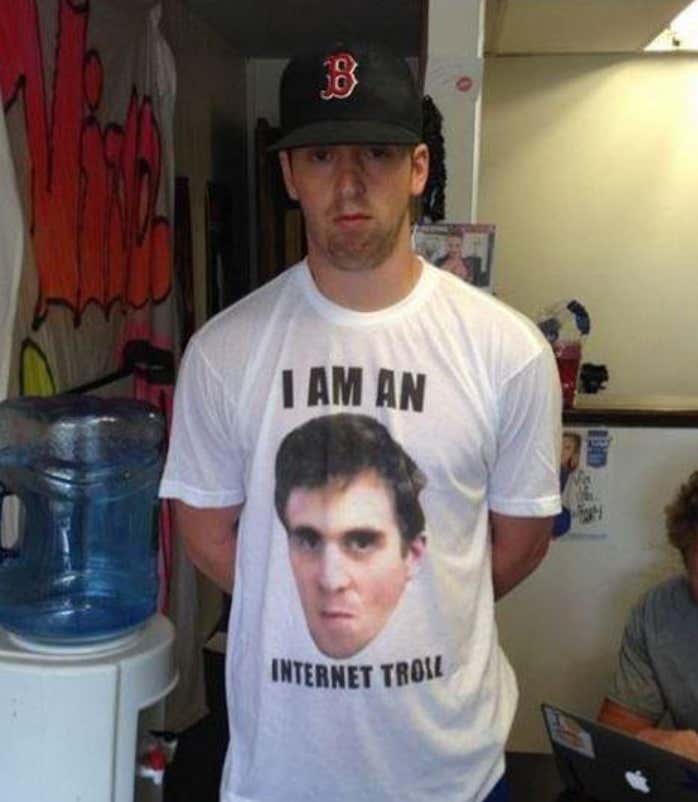 Get the fight here for 9.99, price goes up the day of the fight

I’ve remained largely silent on my Rough N Rowdy predictions but hearing everyone jabber jaw at the press conference, and seeing how the fighters acted, I think it’s time I make my prediction heard.

First, obviously, I’m #TeamHank. I’ve been #TeamHank forever, I’ll always be #TeamHank, and the fact that he’s fighting for love just makes me all the more #TeamHank. I never root against love, I won’t do it.

But one thing everyone keeps bringing up is that Tex is crazy and unpredictable and volatile and all that. Tex has been in fights (that he lost terribly) and Hank hasn’t. It all may be true, but so is Henry Lockwood. He’s crazier, he’s just better at containing it. Hank has spent the better part of a decade under Dave Portnoy’s thumb, he’s Milton Office Tough, and you can’t teach that. For years Hank sat there and had Dave constantly scream down that he’s worthless, made him wear a shirt for a month that read “I’m a Internet Troll,” that he’s a “bum” with “scumbag taste,” that he gave Hank his life, that he has a pea brain, Dave named his horse “Handsome Hank” just to mock Hank (I lol’d typing that). I mean, heavens to betsy, folks! A life like that will get you a condo over a survivor of the Andrea Doria.

The difference is Hank has learned to internalize his anger, he was trained/tortured into it like the whole Milton office was. He doesn’t let out spurts of anger whenever he pleases, he swallows it like a man and pushes it down deeper. Look at the face in that picture! That’s the face of a poor, beaten dog who’s thinking “One day. One day I’m gonna snap and bite your fucking face off,” and that was taken years ago. There’s been a storm brewing inside that young man for half a decade and on Friday night it finally gets permission to be unleashed. I wouldn’t want to be caught in the middle of that.

Get the fight here for 9.99, price goes up the day of the fight