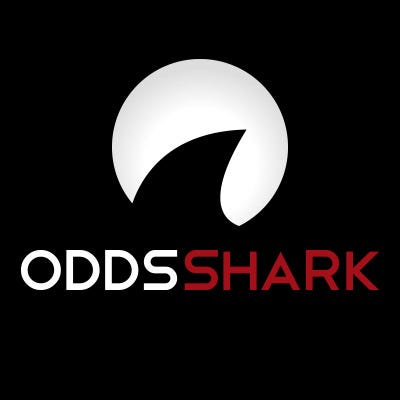 Ladies & Gentleman, Boys & Girls, Children of all ages…the event we’ve all been waiting for has arrived after months of anticipation. It. is. FIGHT NIGHT IN WEST VIRGINIA. The soon-to-be legendary clash of Henry “Handsome Hank” Lockwood & Dylan “Tex” Stone is on deck. The winner is slated to receive money, power, respect, and possibly even Ria.

But don’t forget that there’s 39 other fights going down tonight. That’s right! You’re paying $15.99 for FORTY fights. FORTY. Fucking $2.50 a fight and these aren’t just any fights. This are Rough N Rowdy fights. “Great” fights of boxing’s past you paid 3 digits for will be erased from your memory after tonight. Tyson/Douglas? Mayweather/Pacquiao? Ali/Frazier? Mayweather/McGregor? They won’t hold a candle to brawls featuring the likes of “Krispy Kreme” Sam Baker, “Chicken Wrangler” Kent Foster, “Giant Killer” George White, and “Osiris” Chance Fudge.

But wait, There’s more! You can GAMBLE on these fights HERE. That’s where I come in. Let’s kick the tires on this sweet action.

You can check out our preview video to the fight here.

We got the self-proclaimed “Kimbo Slice” of West Virginia against a slightly red-headed fellow that owns his own MMA gym. I usually love the quiet guy that doesn’t talk too much and shows what he’s made of in the ring like “Red”, but you know what I love more than that? Kimbo Slice. Anyone fighting in Kimbo’s honor best be getting a W. Tron’s got some hot action at +130.

Give me Dylon McBride running away. Granted Andre Williams is 6’4 while having his very own hype man, but his career record is 2-4 and he hasn’t fought since July 28th. Guy’s coming out of hibernation for this tussle. Dylon’s the favorite here, the 8th ranked welterweight in WV, and has a 2-0 record with both being TKO’s. He also responds to trash talk via Facebook like it’s 2011. People that still regularly use Facebook scare the shit out of me. Wouldn’t want to see one of them in a dark alley after a status update. Dylon McBride -145 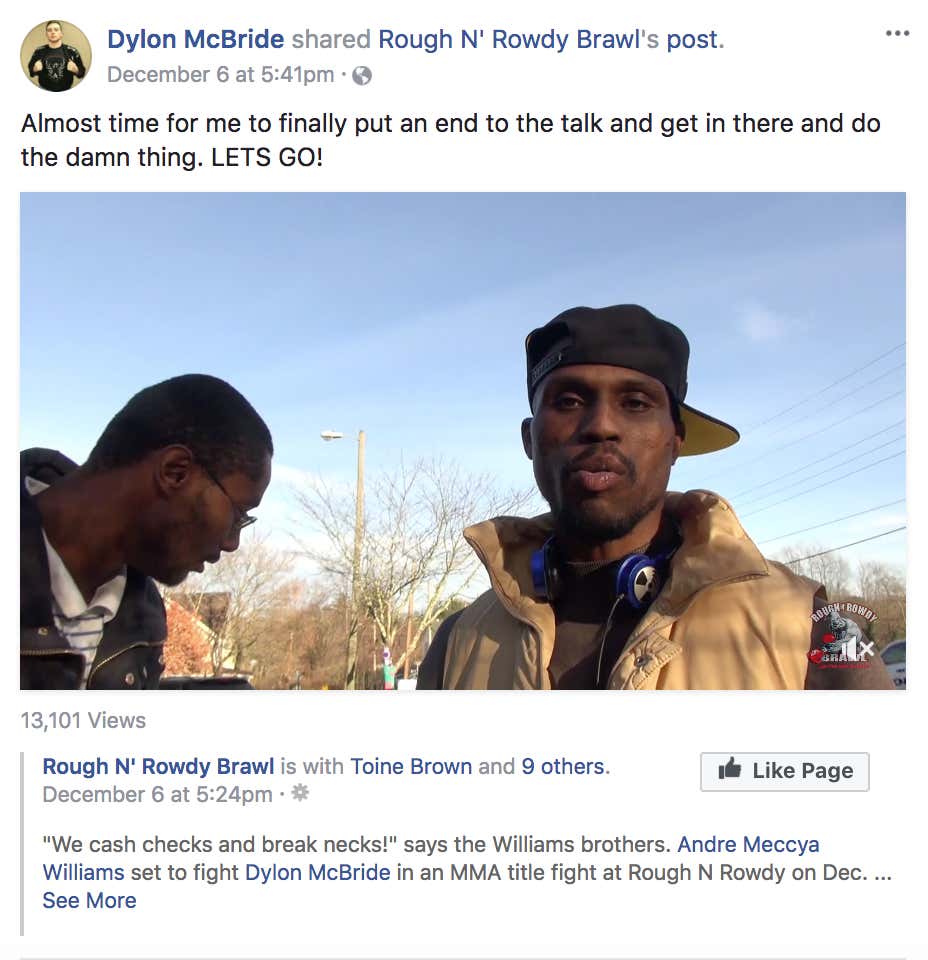 The Chicken Wrangler tried to be all intimidating in his video by knocking out a Mountaineer dummie. Well guess what bro? You’re in West Virginia. You don’t hit dummies wearing a WVU sweatshirt. You hit a dummie wearing a Pitt sweatshirt. That’s Rough N Rowdy 101. And either way Sam Baker’s rebuttal video was fucking priceless. He’s a man on a mission with that training regiment. He’s doing crunches, he’s eating Krispy Kremes, and most importantly he’s not abandoning beer during this difficult time. He knows he’s gotta cut weight so he’s downgraded to Michelobs for pre-fight fuel. I’m sure he’ll get back to Budweisers or Nattys after tonight. “Krispy Kreme” Sam Baker will Make Chickens Safe Again. Lock it up at -145.

Well, this is the best battle on the card in terms of funny names.

“Giant Killer” George White is fucked beyond belief. Anyone that’s my height should NOT be going up against someone as tall as Zdeno Chara. Not to mention his “hype man” also looked more like an unemployed club promoter than a Rough N Rowdy hype man. My guy Chance Fudge on the other hand looks ready to GO. I think Chance might even be a Jordan Athlete? This man is 6’9 225 and has a tattoo of the Egyptian God of Death across his arm. God Bless George White tonight. Chance Fudge with a TKO about 4 seconds into the fight is the pick.

I’ll be honest here. At first glance I absolutely hated the Problem Kid, but we live in a different world than we did just 30 seconds ago. Him and his preposterously hittable face sucked, but once he acknowledged just how hittable it is I had no choice but to join #TeamProblemKid.  David Gainer is gonna have a PROBLEM on his hands later. Problem Kid at -105 in an upset.

Oh Sandman, C’mon! You can’t look ahead to the next fight! That’s rule #2 of Fight Club. All you have to do is look at the Patriots last week in Miami. Brady and the boys were looking ahead to this week’s showdown in Pittsburgh and what happened? They got taken behind the woodshed by the fucking Dolphins. I also couldn’t find anything about Caleb Elmore on the inter-webs. Love a mystery fighter! He can either be the size of Andre the Giant or Verne Troyer and that’s the beauty of gambling. Caleb Elmore at -115.

Freddie Garret is a first-time fighter that hails from Princeton, WV. That’s only 23 minutes away from the Mecca of Boxing AKA the Brushfork Armory. Freddie’s riding so high on his home field advantage that he’s even challenging both Prince Brothers to a fight (apparently Bill has a brother). Luckily he only has to handle Bill tonight which I think him and his ear gages will do quite easily. Freddie “Butterball” Garret Jr. at -115 is the winner.

This is it folks! The fight needs no introduction. You’ve been seeing it all over the site for months and rightfully so, it’s going to marvelous.

The opening odds had Hank as the favorite at -160 to combat Tex as a +130 dog. The early money went to Tex, then it was -120 and -110 with Hank still favored, and now more money’s going back to Hank hours before the fight putting Tex at even money. This fight is actually really interesting as each men have their perks. Hank’s way taller which gives him the length, but does that really mean anything in the Rough N Rowdy Thunderdome? And Tex has the experience with an L to Chris “In It To Win It” Bennett, but does THAT really mean anything in Rough N Rowdy? The point I’m trying to make is that Rough N Rowdy is pretty much a crapshoot.

Yet I am a #TeamHank so that’s my pick. The Handsome One will ride to Victory and if not it sure as hell will be a fun Monday at HQ. 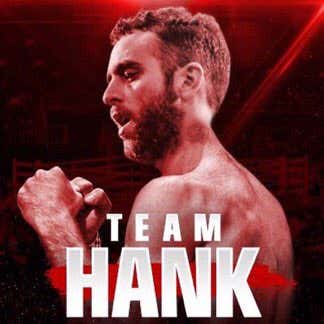 Well that’s all for me this week, folks. As always you can find me on Twitter @glenny_balls for questions, comments, and concerns. Godspeed on the start of Bowl SZN! The link to buy the fight & bet on it is below. Enjoy it! Gonna be a great night.