So this innocent little follow and Like a few weeks ago set off a glorious chain of events that had the unicorn of the hardwood and the unicorn of asses play social media footsie for the entire world to see.

It started with Selter subgramming and stalking the fuck outta my big baby boy over the weekend. 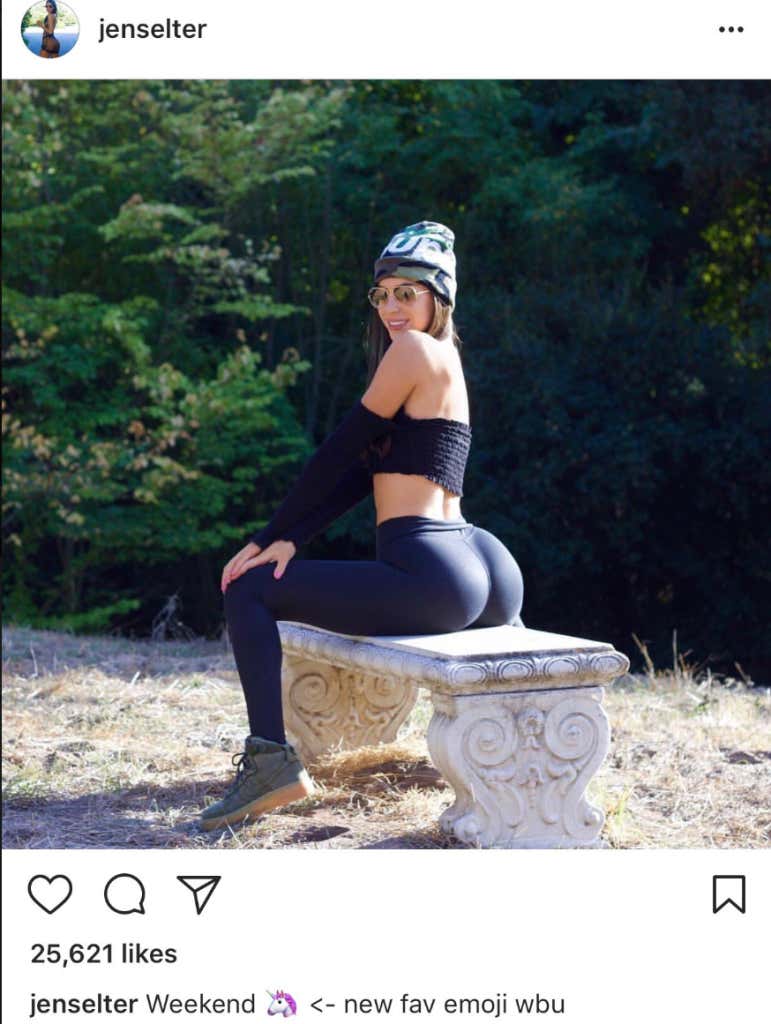 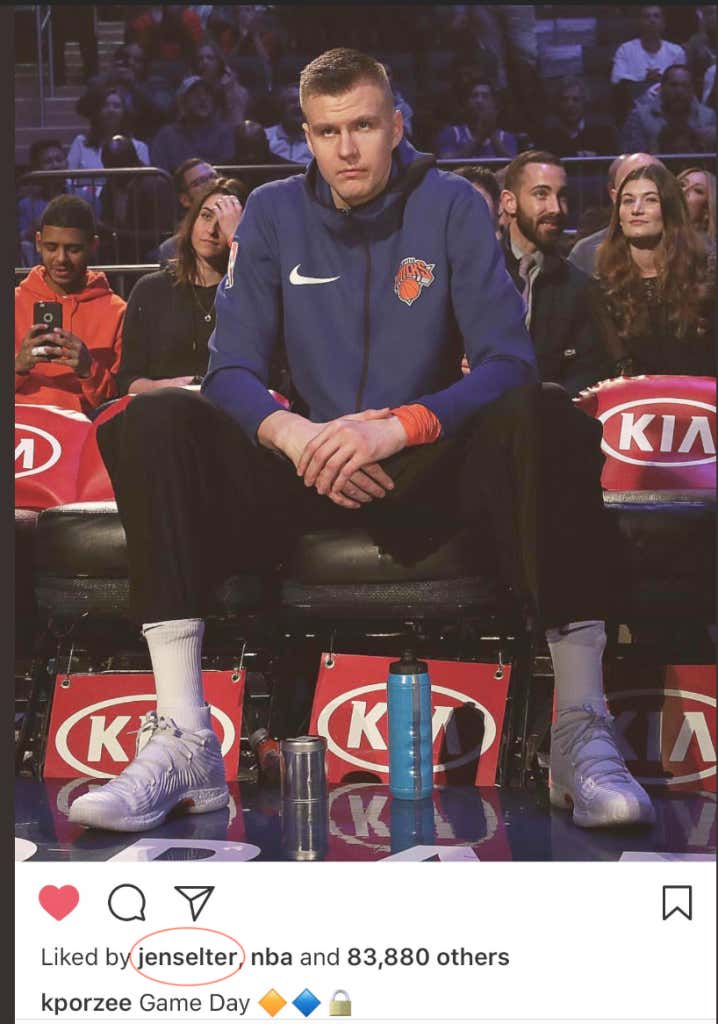 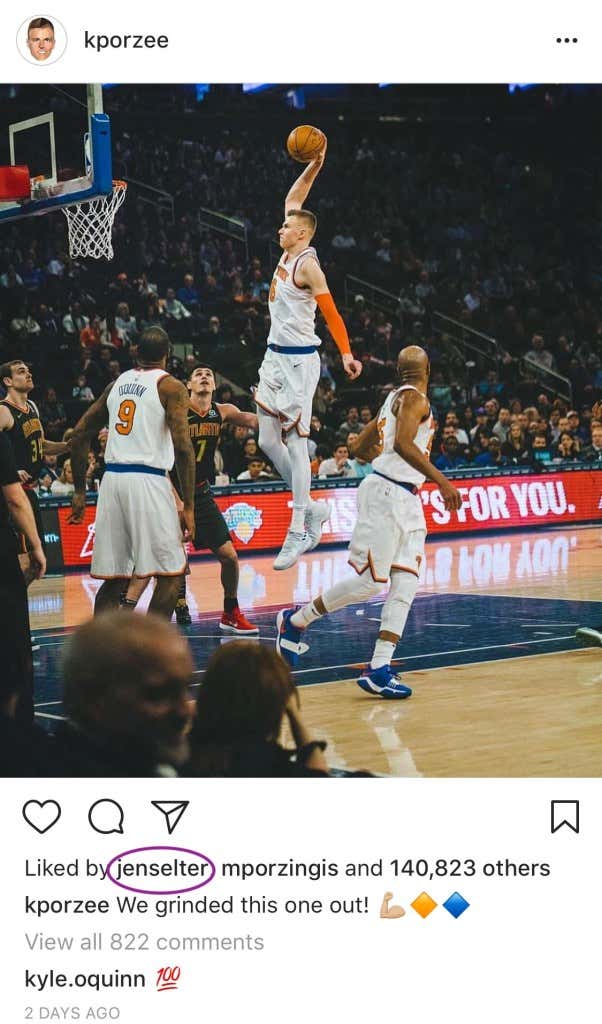 Followed by her going to MSG to see the goods in person.

GO KRISTAPS GO!!! Our 7’3″ unicorn that we have nurtured since he was a wobbly-legged fawn is growing up right before our eyes! He started out dreaming of dating Rihanna as a rookie, got some flirting in with Abigail Ratchford, took an L for shooting his shot at some random Euro Instagram model, but kept on grinding and is now going back and forth with an all-time Instagram heavy hitter. Lordzingis and the Khaleesi of Cheeks would be the most dominant power couple on the internet. If I know Kristaps like I know everyone else in my #TwitterFam, I know he has been allllll in those DMs.

(This is where Jen Selter’s tweet from 3:30 AM this morning that said “Team No Sleep” would have gone if she didn’t delete it. I violated Rule 1 of the blogging which is Always Be Screenshotting. #playasfuckup)

While most players may shrink when the girl with the magic ass that may or may not be looking to jump their bones was in attendance to watch them play, that was decidedly not the case with our Latvian God.

The lesson, as always, is to shoot your shot.

I never thought the Big Baller Brand’s MSG debut would get overshadowed but that’s the power of the Kristass #supercouple. 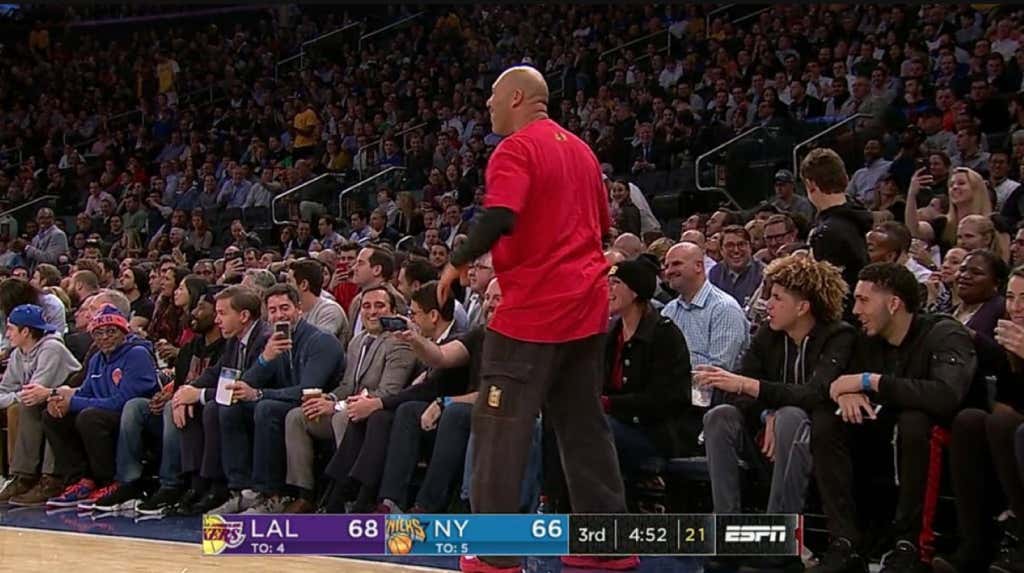 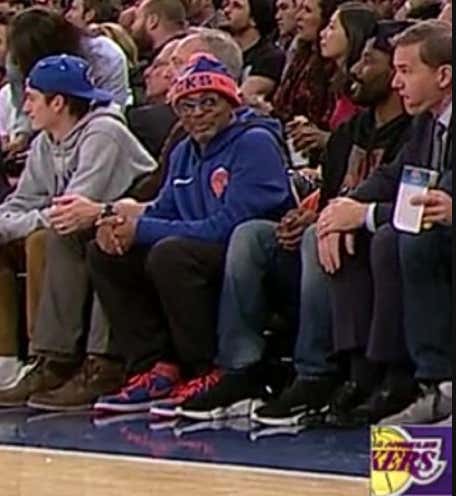 Even Lonzo disrespecting Nas in his own city doesn’t even make the front page of the internet this morning thanks to Kristass.

As did Amare’s unbelievable outfit

Now buy a goddamn shirt and support our Lord and savior, the Monster of Madison Square.

P.S. I’d be remiss if I didn’t mention the time that Portnoy “found” Jen Selter. This video may have only been 4 years ago, but it’s basically like finding a time capsule that was buried longer than Jumanji. Dave’s fat, Feits still has a glimmer of happiness in his eyes, Seltermania is still growing, Phil Jackson’s last job was Lakers coach, and Kristaps Porzingis was just a lanky Latvian averaging 6 points per game for some random Spanish pro team that nobody gave a fuck about.