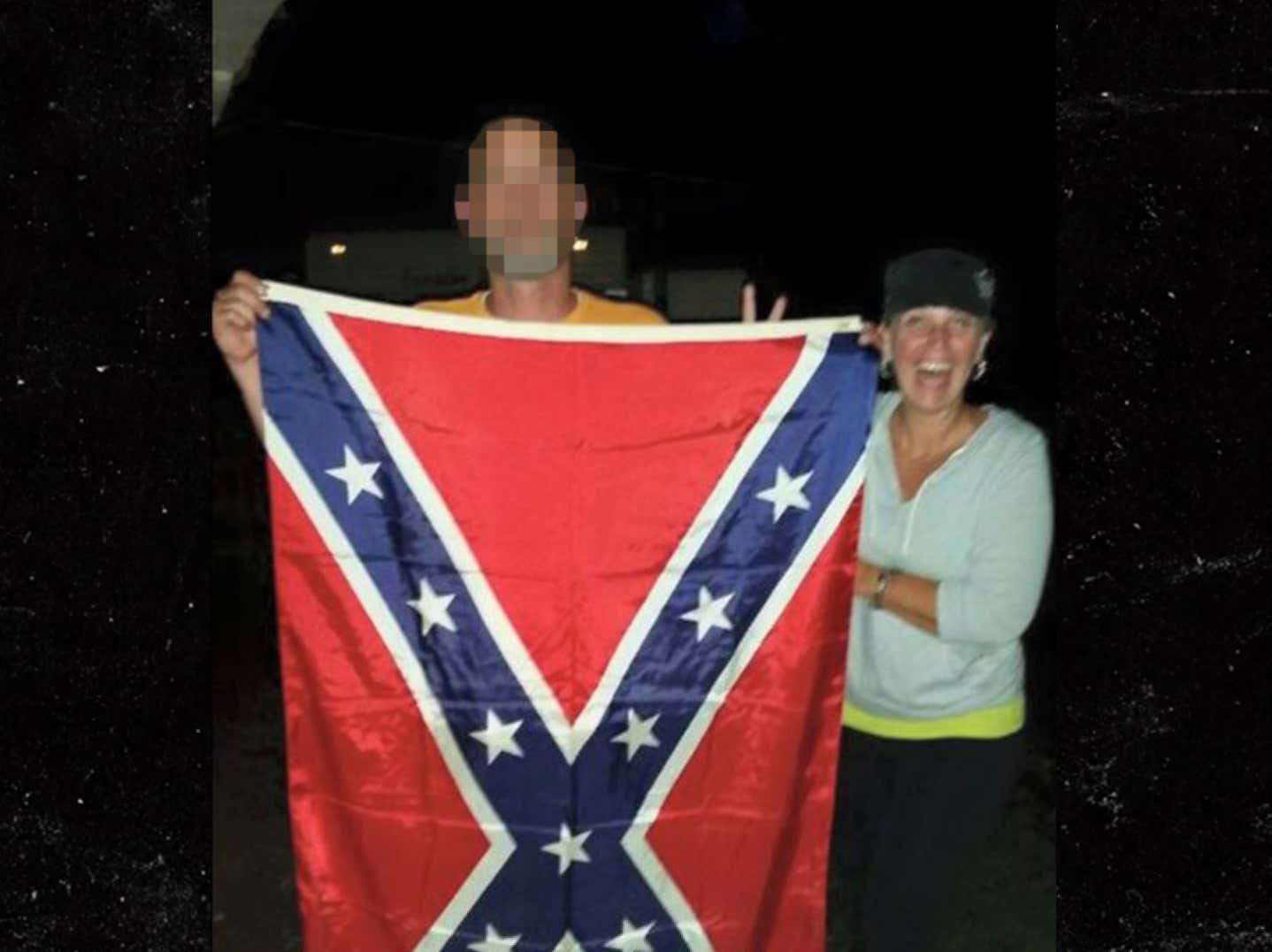 Rolling Stone- Keaton Jones’ mother, Kimberly Jones, appeared on CBS This Morning Tuesday to address the growing backlash surrounding a Facebook post showing her and Keaton with Confederate flags. “The only two photos – the only two photos on the entire planet that I am anywhere near a Confederate flag. It was ironic. It was funny,” Kimberly said of the images. When asked whether there was any racist intent behind the original photos, she said no. “Absolutely not. I’ve said I spent most of my life being bullied and judged because I wasn’t racist,” she said. Kimberly also clarified that she had never started any fundraisers to raise money for Keaton and the family; she said she had only approved of one GoFundMe campaigns and called the others fake.

Ohhhhhhhhh it was just a bit! Nothing to see her folks! This is just your classic, “I’m holding a Confederate Flag as a joke” bit. It went over all out heads. Thats such a spin zone that I’m about to spin right off this planet. The even crazier spin zone is her saying she used to get bullied for not being racist. Hate when that happens. I hate when I’m so not racist that people are mean to me. Happens all the time.

The fall of Keaton Jones and his family has been very interesting. People never learn their lesson on the internet. It’s mostly celebrities who never learn. It’s CRAZY that they attach themselves to a person and/or a family or a thing they literally know nothing about. They just throw themselves into it and hope for the best and then ahhhhh they’re a bunch of racists. Shit. There’s for sure part of them that feels bad for the kid but there’s also a big part of them that knows it’s gonna make them look good if they quote RT the video. It’s a cynical way to view it but it’s true. Celebrities need to approach feel-good viral sensations like a financial investment. Would they ever invest in a business with zero information? Of course not but for whatever reason that’s what they do whenever they buy into something like the Jones family. And now they’re all getting burned. Again.

Except not really this time around cause Keaton’s mom was holding those Confederate Flags ironically. LOL. Just jokes people.

PS- The new rule is never ever go viral. Don’t do it. It’ll feel good for about 36 hours and then people will start to pick apart your entire life and drag the skeletons out of your closet. Going viral used to be fun but now it’s just asking for trouble.