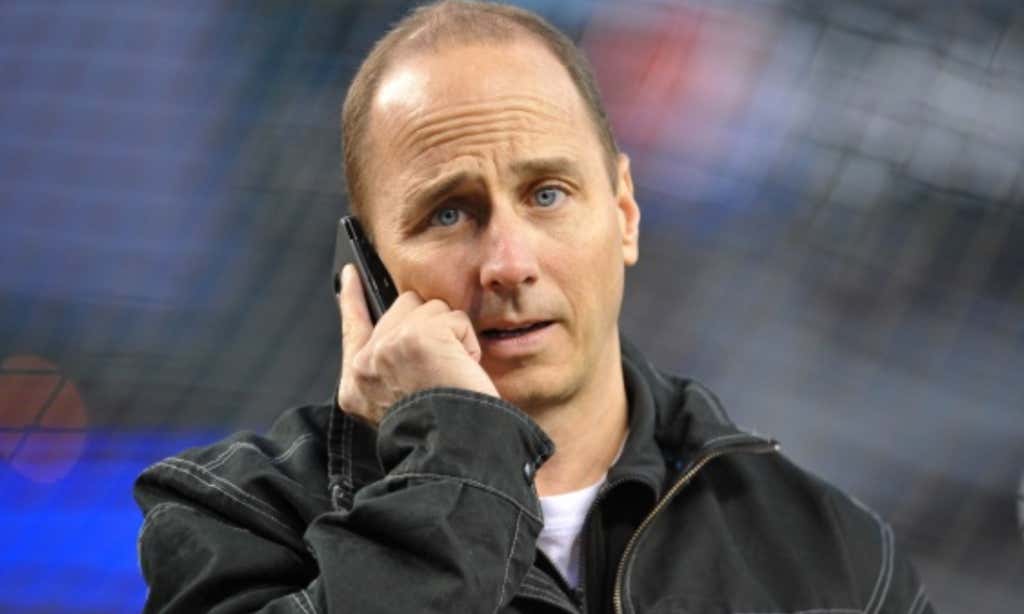 While everyone has been asleep at the Winter Meetings, Brian Cashman has been on the phone wheelin’ and dealin’ trying to make the Yankees the best team in baseball history. Seriously though, the man won’t stop until the Yankees are by far the best. I’m pretty sure Dave Dombrowski has been trying to call other teams to trade for SOMEONE, but he can’t remember his passcode for his iPhone and has been locked out. It’s crazy Boston has done nothing to this point. CRAZY. Carrabis has completely lost his mind. If they don’t trade for Ozuna or sign J.D. Martinez, I’m pretty sure Carrabis is going to stop being a Red Sox fan.

So what does the Headley deal mean for the next few chess moves? It clears up a good chunk of money that’ll allow Cashman to go out and get a starting pitcher. The list of names include Gerrit Cole, Chris Archer, Patrick Corbin, and Michael Fulmer.

We could also sign J.D. Martinez and make him Stanton’s bat boy just so every Red Sox fan would kill themselves.

Direct quote from Jared Carrabis after this idea:

“If you guys signed J.D. Martinez I would actually blow up the office.”

As hilarious as that sounds in MLB The Show, we’re going after a pitcher. Gerrit Cole would be my guy if it were up to me. Now it would cost a decent amount because of Pittsburgh’s reluctancy to depart with their fireball flamethrower, but he would be an awesome fit in pinstripes. He wouldn’t need to come in and be an ace because of the several very good pitchers already at the top of the staff, but he has the potential to be a bonafide ace among them. Cole would come in slotted as like our third starter, behind Severino and Gray/Tanaka, with minimal pressure. He’s not coming here to save the staff, only to bolster it. I’m not sure if that made sense, but in my head it did.

Corbin is another interesting name as he would bring a nice change of pace being a tall lefty. The Yankees also have a nice, expendable piece to send to Arizona in Dellin Betances. I want Dellin out of New York. After what happened in October I’m #done with that guy pitching in big spots. He has incredible stuff, at times maybe the most unhittable stuff, but he can’t pitch in big moments. The one drawback with Corbin is that he only has one more year left of arbitration compared to Cole who has two. I don’t want anything to do with Michael Fulmer because he’s gonna cost too much (considering he hasn’t even hit arbitration yet) and he’s also that bitch that threw at Gary during the Tigers brawl. Fuck that guy. I’m not trying to give up Clint, Chance Adams, Sheffield for Michael Fullmer. Those are the names being floated around that guy and I’m not down.

Chris Archer is another name that has been thrown around. I don’t see Tampa Bay dealing their stud ace within the division, but Derek Jeter also just traded the NL MVP to the Yankees for nothing so I guess anything is possible. He has two more years left on his deal before two more club options. What idiot agent advised Archer to sign this deal?

That contract is a joke for the type of pitcher Archer is. Now the last two years he’s had an ERA right around 4 which is not what you want obviously, but he’s only 29 years old and his stuff is clearly still dominant with the strikeout numbers he continues to post (252, 233, 249 K’s last 3 years). If Tampa is willing to part with him it’ll obviously cost some big prospects, but with his contract situation and potential I’m all for it.

The main piece in all of this is Clint Frazier. He’s the most expendable, valuable piece New York possesses. He has no future role in the Yankees crowded outfield. He also is going to be a hell of a baseball player as you got a glimpse of this past year. It does suck we have to part with him, but it’s the only play.

So now with Chase Headley off the time (RIP to Chase Headley Error of the Week) who takes over? Ideally Manny Machado next year, but for 2018 I hope this means brining back Todd Frazier. Clearly Todd made a huge impact in the clubhouse, being the driving force in bringing this bunch together in October. Miguel Angujar will also get a good crack this upcoming season assuming he’s not involved in this upcoming trade for a starting pitcher. With Gleyber likely taking over second there’s a good chance we see a platoon between Frazier and Andujar at some point. To begin the year my money is on Frazier to be the opening day third baseman.

Orrrr…..Cashman could trick Dan Duquette and trade Ellsbury for Machado and watch the world burn.