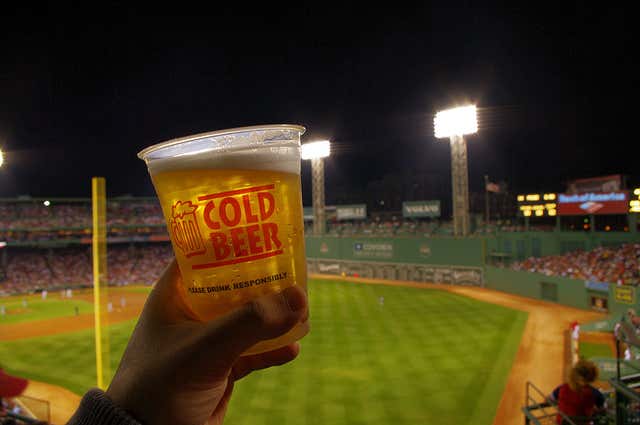 Listen, before you say anything, just know that I get it. I really do. The Red Sox have to sell sponsorships so that they can afford to pay superstar players like Pablo Sandoval $18 million next season to play for the San Francisco Giants. I get it. Money must be coming in so that money can be going out to premier talent like that. That’s how championships are won.

And perspective is also important here. It’s December 12, so there’s still plenty of time for the Red Sox to actually do something this offseason to improve the 2018 roster. None of that is really the issue here. The issue is how tone deaf the Red Sox organization continues to be time and time again.

Like that time when anonymous sources, ones who more than likely resided within the Red Sox organization, spearheaded a Terry Francona smear campaign after the team fired the most popular manager in team history following Boston’s collapse in 2011. Or when the team tried to sell you Fenway Park bricks and rolled out the pathetically random 8-year anniversary celebration of the 2004 World Series team at the end of Boston’s 93-loss season in 2012. Bobby Valentine’s hiring in general should also be on this list. Oh, and that fucking embarrassing email that the team sent out to season ticket holders while the 2012 season was burning to the ground.

Our play on the field has at times tested the mettle of the faithful. It could be maddening one day, enthralling the next day. Along the way, we have seen our bullpen gel, young players emerge, and veterans lead. We have watched the team coalesce into a close group. Personalities are enhancing the chemistry, such as the cheerful Cody Ross, the friendly Mike Aviles, and the inspiring story of Daniel Nava. Jarrod Saltalamacchia has shown power, in the clutch, worthy of an All-Star. And as the talented Will Middlebrooks forced his way into the lineup, we bade farewell, with gratitude, to Kevin Youkilis, who helped us win two World Championships.

The one constant off the field is that we have had a veritable All-Star Team on the disabled list. As we begin the second half, we look forward to the return of the “varsity,” including Jacoby Ellsbury, Carl Crawford, Andrew Bailey, and the ever-dirty Dustin Pedroia.

Meanwhile, as you come to Fenway Park throughout this season, we hope you will come early—the secret to fully enjoying a sports venue. Now “A Living Museum,” Fenway Park probably leads the league in bronze plaques and commemorative displays along the concourses. Enjoy them at your leisure early, well before the escalation of excitement as game time approaches.

Or how about when they made the insulting offer of four years, $70 million to Jon Lester in the spring of 2014, then said they don’t sign pitchers in their 30’s, but then made a desperate attempt to sign Lester at the last second anyway after the fans revolted, failed to sign him, and then signed David Price, who was 30, to a seven-year, $217 million contract. Or what about that time that Red Sox owner John Henry showed up to spring training and tried to tell us that the aforementioned Sandoval was at 17 percent body fat, while pictures of his big, fat belly hanging out over his shorts were circulating throughout the internet.

There were other little ones in recent years, like John Farrell saying before the 2015 season that he thinks “we have five number ones” in reference to an aceless Red Sox rotation that featured Clay Buchholz, Wade Miley, Rick Porcello, Justin Masterson and Joe Kelly. That team finished in last place for the second consecutive year and had the 24th worst starting pitching ERA in baseball.

I’m sure there are other ones that my brain has since suppressed, but I think I’ve made my point, which brings us to this offseason. Over the weekend, the Yankees traded for Giancarlo Stanton, the man who led the majors in home runs last year. Yesterday, Stanton’s agent said that the Red Sox didn’t even try to acquire him. “Never tried to make a deal” was the way it was worded. Dave Dombrowski refuted those claims, but that’s what you do when you get caught waving your dick in the wind. The Red Sox’s response to Stanton going to the Yankees? Fire flame emojis.

Then, the day after the Yankees introduced Stanton as the newest member of the Bronx Bombers, the Red Sox introduced (no free ads) as the new official beer of the Boston Red Sox. Again, sponsorships are necessary to afford a $200 million payroll. It’s the timing of the announcement that comes across as tone deaf. It’s the smiling faces that Red Sox fans don’t want to see right now because they’re infuriated that their team stood idly by as their greatest rival got even better, while reports are going around that the team didn’t even try. And it’s just more predictable, tone deaf shit from the team that rubs fans the wrong way.

Quick update on the state of Red Sox fans after their big announcement: