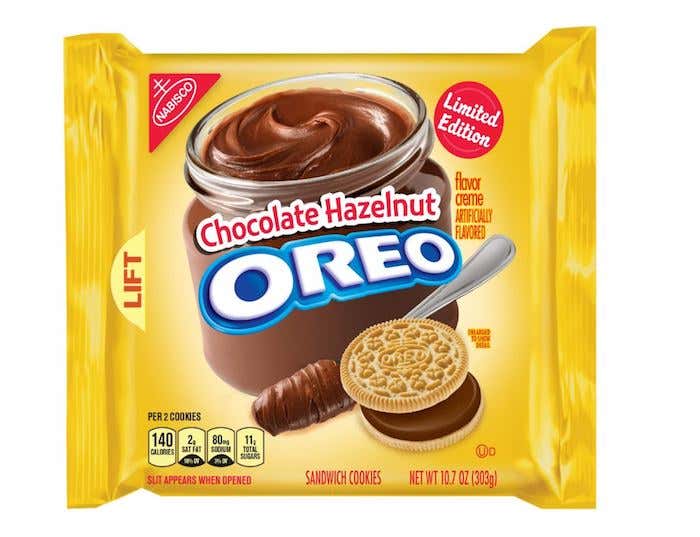 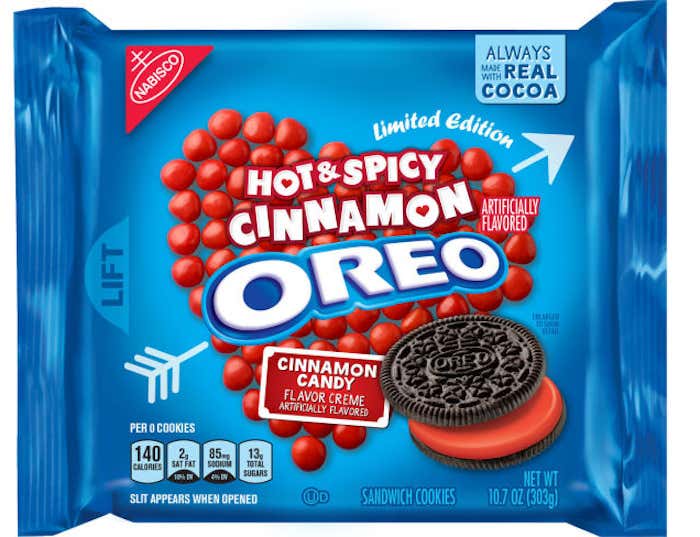 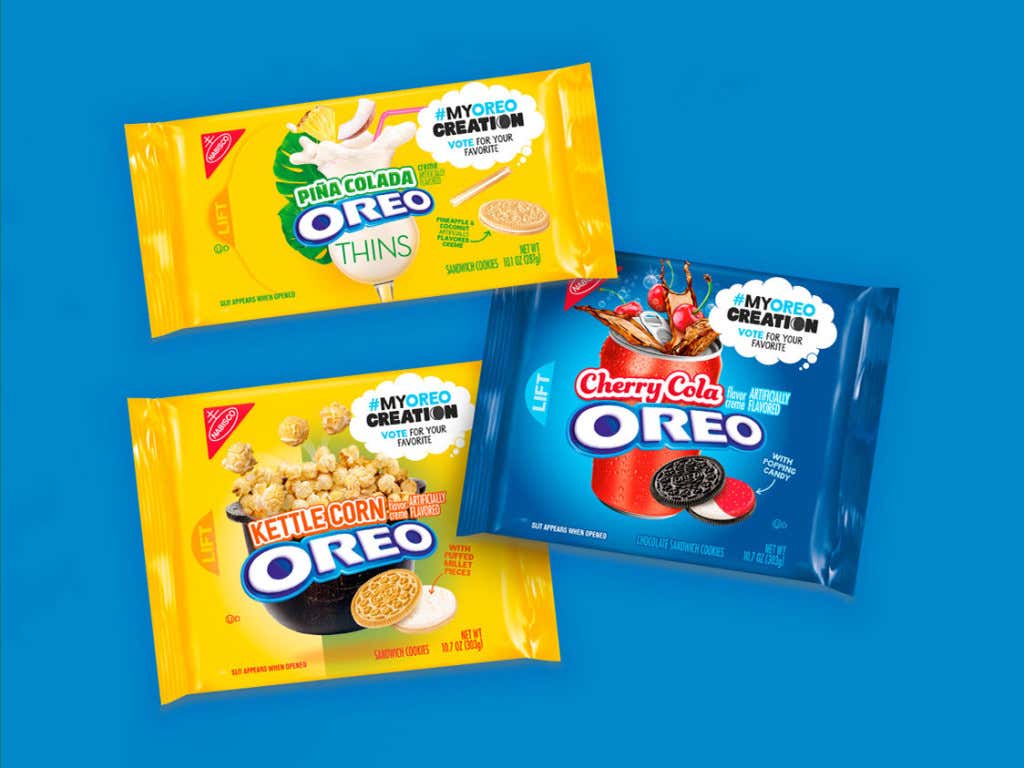 Food & Wine- First through the floodgates are the results of this years #MyOreoCreation contest, which allowed fans to submit new Oreo flavor ideas. After what Oreo described as having “meticulously tested, tasted and reviewed,” the Oreo Wonder Vault is turning three fans’ ideas into real life Oreo cookies that you can eat, which are—drum roll—Cherry Cola Oreo cookies, Kettle Corn Oreos cookies, and Piña Colada Oreo Thins cookies. While it’s not yet known whether any of the three flavors will become permanent parts of the Oreo line, they will battle it out for the top spot in a public competition. Upon their nationwide release to stores in May 2018, fans will be able to cast their vote for which new Oreo creation they want to see win the #MyOreoCreation Contest before an ultimate victor is declared.

But there are more cookies in store. The Oreo Wonder Vault is also giving fans a sneak peek of the new limited edition flavors that will be released over coming months. Beginning January 1 of 2018, the first two will be Chocolate Hazelnut Oreo cookies and the especially wintry-sounding Spicy Hot Cinnamon Flavored Oreo cookies. And if all that wasn’t enough, Oreo also promises the return of past seasonal flavors like Marshmallow Peeps Oreos and Firework Oreos (maybe around July 4?), at some point in the near future. With 2018 coming soon, it’s hard to say what to expect, but it seems that one thing you should definitely be ready for next year will be the availability of a lot of different flavors of Oreos.

I honestly don’t know what to make out of the good people at Oreo the last few years. They had literally decades upon DECADES of success going with a basic chocolate cookie and some stuffing. Nobody in the Oreo family was starving or having a Christmas without presents. Shit, the entire Oreo extended family probably has to fly their private jet to the mailbox because their yards are so big. The only thing that changed over the years was the amount of stuffing, which no person worth their salt had a problem with. Single Stuf was the OG, Double Stuf was the new standard, and Mega Stuf was for people that needed a pick-me-up after a rough day. Then Oreo had to get fancy with their golden cookies and thins for assholes that wanted a half measure Oreo and then next thing you know, next thing you know we have Hot & Spicy Cinnamon Oreos coming down the pipe. I should be excited about a Nutella + Oreo collabo. Pina coladas should make me think of vacation, Cherry Coke should make me think of drinking a bucket of it at the movies, and kettle corn should make me think of how I have to avoid it at carnivals because I can eat an entire big bag in less than an hour. But instead Oreo is out here getting all weird and new age in order to move a few units.

Truth be told, we should have seen this coming once Peeps Oreos and Pop Rocks Oreos were released. If you are mixing your classic favorite sandwich cookie with either of those two candies, the engine driving the train has already blown a gasket. Add in the other 100 flavors they came out with this year and it’s just too much. I have like a 10 episode backlog of Snackin’ Off episodes that are just me and KFC eating different shitty types of Oreos that had no business getting past the Brainstorming Room at Oreo HQ. I have Oreos coming out of my ears, my tongue is terrified of what flavor it will taste next, and I am #madonline about having to eat Oreos for my job. Why have you done this to me, Oreo? Those faceless poors at Hydrox are even shaking their head at you from the soup kitchen for what you did to the #brand after you did to them what Mark Zuckerberg did to the Winklevoss twins. Stick to the basics, come out with one test flavor a year (I’ll admit that Cinnamon Bun Oreos are absolute fire because they taste just like Dunkaroos and are worthy of full-time status on grocery shelves around this great country of ours)

That being said, I will still shove most/all these cookies down my gullet because the people must know which snacks are good and which snacks are bad. Not all heroes wear capes or regular sized clothing.