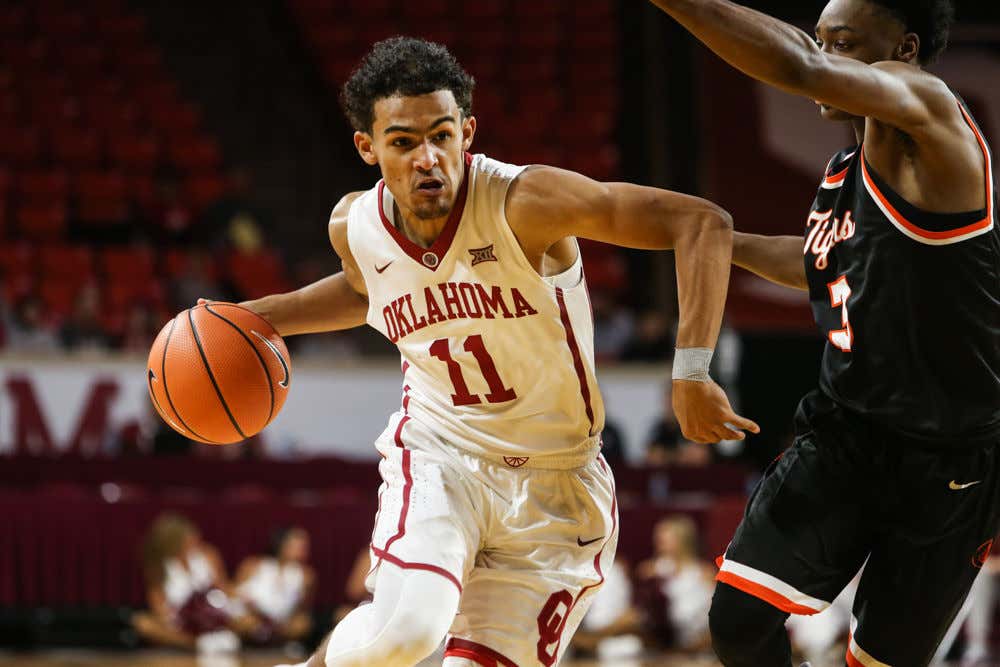 We’re officially at the 1/3 mark in the college basketball season. With teams playing a 30 game schedule and most teams playing 10 or 11 games already we’re calling it the 1/3 mark of the season. As I said yesterday the slate of games this week just absolutely sucks so we’re going to go away from doing game previews until Saturday. So we’ll be doing different blogs throughout the week to make up for that. Yesterday we did some buying or selling on general thoughts across the country and today we’ll be handing out superlatives. This will be judged on just the first 1/3 of the season, not going forward or anything like that.

The Wildcats are by far the most balanced team I have seen so far this year. They have six guy who are basically starters with Donte DiVicenzo coming off the bench and playing starters type minutes – similar to what the Spurs used to do with Manu Ginobili. They have an absolute star in Jalen Brunson and then a guy in Mikal Bridges who is breaking out completely so far this year. They can beat you with shooting but they are also patient on offense and look to attack the rim, especially off the bounce. More importantly they are solid defensively. Bridges can guard multiple positions. DiVicenzo is athletic enough to disrupt passing lanes. They mix up the 1-2-2 3/4 court press and just half court man to man. They are currently undefeated with wins over Tennessee, UNI and Gonzaga on neutral courts.

So this is a little bit different as I don’t think Arizona State is the best team in the country, but they have by far the best resume out of any team. The Sun Devils are coming off arguably the most impressive weekend performance of the year as they beat St. John’s on a Friday night in LA before traveling to Phog Allen and beating Kansas on Sunday afternoon. Throw in the fact they dominated Xavier on a neutral court and have a neutral court win over Kansas State and a home win over San Diego State. All five of those wins are over top-65 teams on KenPom and there are very little teams who can say they have that, let alone most coming on neutral or road courts. They would likely be the No. 1 or 2 overall seed if the NCAA Tournament started right now.

You hear that term ‘highest ceiling’ quite a bit and I’m going to go with Florida here. We’ve seen them at their peak, when they’ve played with Duke and beat Gonzaga. To me they have the highest ceiling due to the fact they rely so much on outside shooting, which is obviously quite hit or miss as you can just watch their last three games. They have shown they can peak as a top-5ish team in the country, but they’ve also lost at home to Loyola Chicago. It’s tough to truly feel great about a team that is so reliant on the 3-point line and jumpers, but that’s where Florida is. We saw them make an adjustment against Cincinnati about trying to get to the rim more, so we’ll see if that changes.

Marvin Bagley has been nearly impossible to stop. He’s a walking double-double and has simply won Duke a couple of games. He’s the reason they came back against Texas and the reason they won against Florida. It’s easy to nitpick players as no one in the country this year is the clear cut favorite for best player and everyone has a serious flaw to their game. For Bagley that’s defense and part of that is simply due to Duke’s defensive scheme as they prefer protecting the 3-point line than the rim.

I mean this is a no-brainer. Trae Young is the most entertaining player in the game right now. He has that Jimmer/Steph feel to the game in the sense that he can go drop 40 on any given night and do it by breaking dudes down off the bounce. Even more so he’s like 6’1″ which makes it that more entertaining. He’s currently averaging 28.8 points, 8.8 assists and shooting 38% from the 3-point line with a 35.3% usage rate. It’s downright incredible what he’s doing. I’ve said it before but he reminds me of Randolph Childress (my all time favorite player) in terms of size, his ability to shoot off the bounce and style of play. If you haven’t yet, turn into an Oklahoma game as there’s a chance the Sooners could sweep the Heisman and Wooden Awards.

Osetkowski isn’t the flashiest player and there have are better players that are transfers out there right now, but what’s giving him the edge over someone like Caleb Martin is the fact Osetkowski is allowing Texas to finally play the right way under Shaka. Osetkowski can help spread the floor from the four spot while being a solid rebounder and good passer, letting Mo Bamba do what he does best which is roam the paint and finish at the rim. It’s not like Osetkowski isn’t putting up numbers either as he has 14 ppg/7.9 rpg/1.4 apg through eight games. Texas seems to be slotted into that fourth spot in the Big 12 right now, but if Bamba can improve as the season goes on – and Andrew Jones gets healthy – they could jump into the top-3.

I talked about this with Troy Machir on my podcast a few weeks ago and we were asked who would be our five league pass teams if college hoops had such a thing. Right off the bat my mind went to a team like Marquette simply because of how they play. Get up and down the court? Yes, please. Have two dudes who will pull from anywhere on the court? Yes, please. I have a soft spot in my heart for teams that roll out four guards/wings and just go play. There’s some beauty in that. They are scoring 82.5 points per game and have the ability to drop 100 any given night with how they shoot the ball. I said this during the Wisconsin game that Marquette has to be one of the most annoying teams to play against and that’s something I’m very here for.

This was another tough decision to determine a winner. There have been some massive upgrades across the country in Cuonzo Martin (Missouri), Will Wade (LSU), Mike Hopkins (Washington), Kevin Keatts (NC State) and Brad Underwood (Illinois). Guys like Archie haven’t been able to truly find success yet, although I see that changing once he gets his guys into the system. So for me it came to Holtmann, who has proven to be a great replacement for Thad Matta (a wildly underrespected coach). Holtmann has the Buckeyes off to a 2-0 start in conference play with a dominating win at Wisconsin and a come from behind victory vs Michigan. They really are a blown lead against Butler from being talked about more on a national level. Don’t be surprised to see Ohio State finish 4th in the Big 10 this year and make the NCAA Tournament. Holtmann’s known for getting more out of his players than what the talent looks like and this roster has some decent talent.

I’m giving Bagley just the slightest edge over Deandre Ayton here. I like the fact that Bagley is slightly more polished at the moment and has the ability to take guys off the bounce a little bit more than Ayton. What we saw against Alabama though was some sort of game from Ayton. These are by far two of the top-3 prospects in the NBA Draft joining Luka Doncic and then I think there’s a little drop to the next group. I was a little higher on Bagley coming into the season because of his style of play and that still is holding true. I think you see him get more consistent with his outside shot as his free throw shooting is starting to improve.

Until Notre Dame wears their green cursive jersey or Wake Forest wears the grey jersey this PK80 one from Michigan State is in the lead. Love the gold lettering with Michigan State’s shade of green. 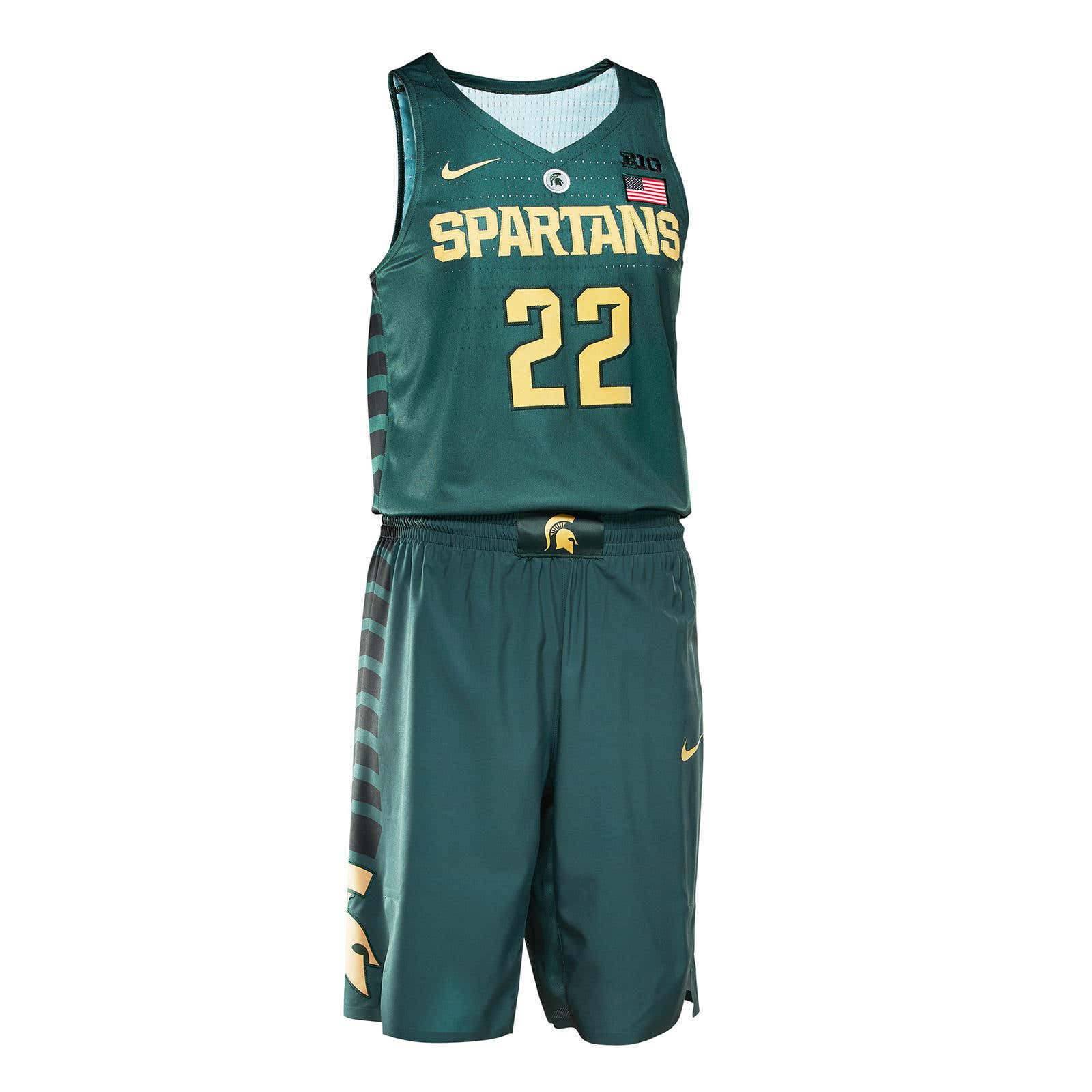 This was by far the most entertaining game of the year for me so far, just edging out the Notre Dame/Wichita State Maui game. I’m giving Duke/Florida the edge because it was simply that enjoyable to watch. Both teams got up and down the court, the refs let them play, there wasn’t a controversial call or a bunch of video reviews. It was just basketball. You had big plays on each side and by names that people knew. Grayson hit that three after a pump fake on the left wing. Bagley was a monster inside. Jalen Hudson kept attacking. Throw in the fact the environment was pretty rowdy and it felt like you could see this again in the NCAA Tournament.

JP Macura wins the feud with him finishing second as well vs Steve Stricker the golfer. Look, I love the way Macura plays and the fact he talks shit. I don’t care about sportsmanship and talking junk isn’t a big deal unless you enjoy faux outrage. I thought him vs Cronin was hilarious and perfect for the rivalry. These two teams and fanbases straight up hate each other so it’s good to see a little harmless bickering. There were no punches thrown, there was nothing serious done and all in all it was just hilarious. It’s no secret that opposing coaches and players have talked shit to each other in the past, this just happened in the most hate filled rivalry and on a big stage. It’s also beautiful irony that it’s last time (unless they meet in the NCAA Tournament) that we’ll have Macura vs Cronin.

So to set the scene here a little bit. Monmouth was up 84-79 with 16 seconds left. Seems like it should be a pretty easy ending. Hit a couple free throws and get out of there with a win. Except after Hofstra scored to cut the lead to 3, Monmouth missed the front end. Justin Wright-Foreman was then fouled on what looked to be a shooting foul from halfcourt, but the refs gave him just a regular foul so with Hofstra in the double bonus he went to the line down 3 for two free throws. He hit the first one and then well, the video shows what happened. 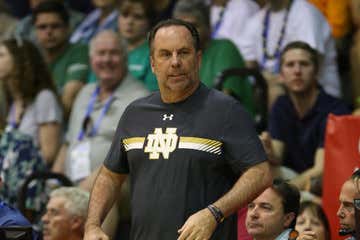 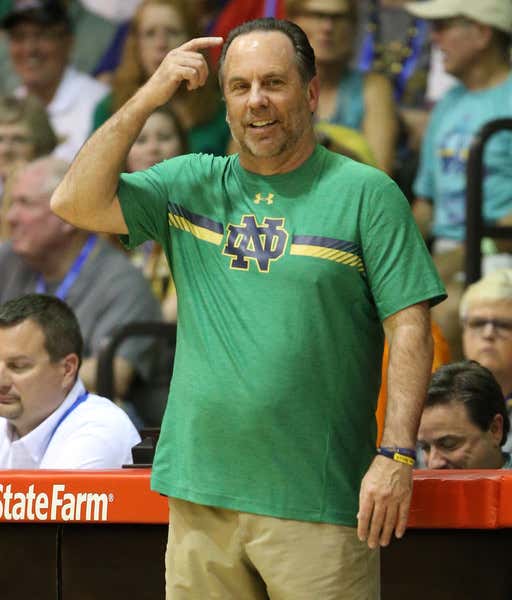 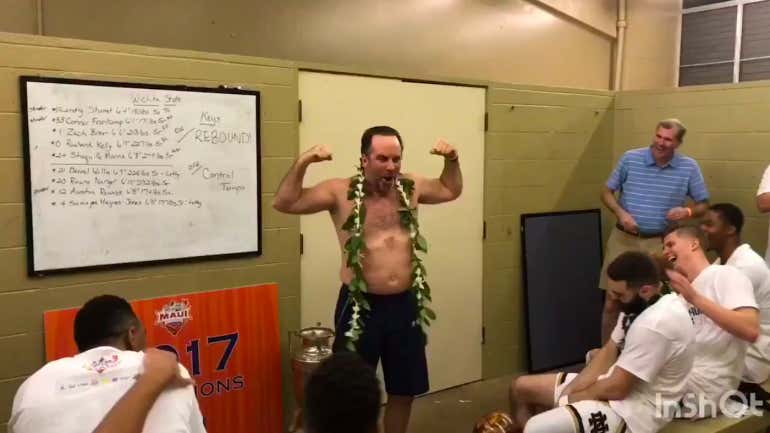 Come on, you really thought it would be someone like Jay Wright or Bob Huggins?

This is sort of a no-brainer answer for me in terms of preseason expectations to this point in the season. USC was a Final Four type team heading into the year and expected to easily be one of the three best teams in the Pac-12. Instead they are dealing with fallout from the FBI investigation, De’Anthony Melton still sitting, Derryck Thornton hurt and a 4-3 record. The Trojans have just one top-100 win, which came on the road against Vanderbilt and have lost its last three to SMU (road), Oklahoma (semi-home) and Texas A&M (home).

I’m giving Nevada a pretty easy win here as the best mid major despite losing its last two games to Texas Tech and TCU. They have the roster makeup to win a couple games in March and have a ton of high-major talent on the roster as they’ve turned into Transfer U the last couple of years. There’s athleticism on the wings and a bunch of guys who can shoot. They are currently 8-2 with wins over URI and Davidson.