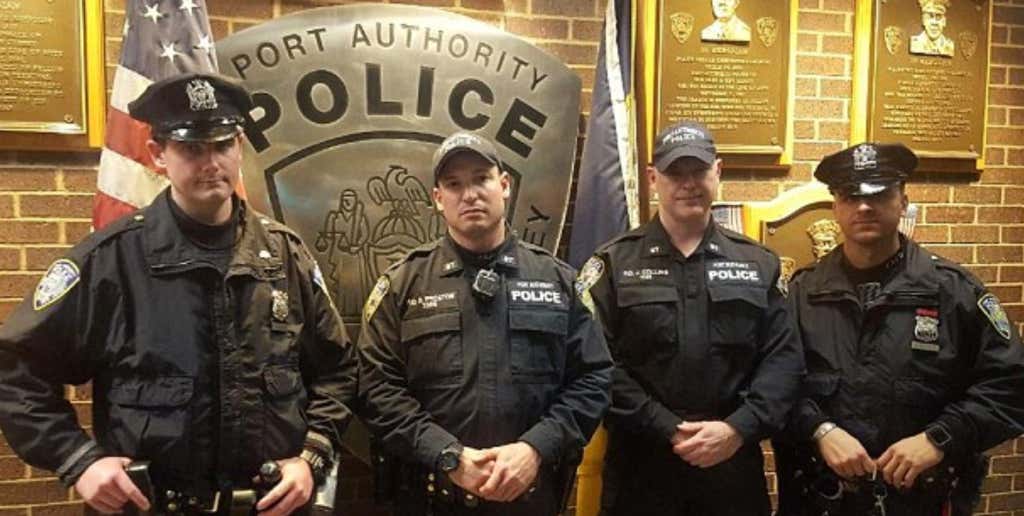 Daily Mail – Four Port Authority Police Officers have been hailed as heroes after taking down the Bangladeshi man US authorities say set off a homemade pipe bomb in a crowded New York City commuter hub on Monday.

Officers Sean Gallagher 26, a former Marine, Anthony Manfredini, 28, a former Marine bomb tech, Drew Preston, 36, a former Army soldier with three combat tours, and Jack Collins 45, an attorney, have been identified as the cops who took Akayed Ullah into custody.

It was Officer Manferdini who spotted people running out of the passageway and he was swiftly joined by his colleagues as they ran towards the explosion and witnessed 27-year-old Ullah, crumpled on the floor, trying to get to his cellphone.

Many improvised explosive devices often use cellphones as the detonator, so he may have been trying to set off the second explosive that was found on his body.

‘The person on the floor was reaching for his cell phone. The officers at that point had to make a decision so no one else would be hurt and they decided at that point to take the person into custody,’ Bobby Egbert, spokesman for the Port Authority Police Benevolent Association, told 1010 WINS.

He added: ‘There was a struggle with him, they had to keep him from reaching the cell phone, obviously they had no idea what he was going to do with the cell phone.’

The officers received praise from White House Press Secretary Sarah Huckabee Sanders following the incident.
‘These brave first responders and others who rushed to the scene are heroes,’ she said.

First responders are so fucking brave it boggles my mind.  You saw the video yesterday right?  Of the explosion?

Imagine being in that tunnel.  How absolutely terrifying it is.  I don’t know if I would completely freeze up and evacuate my bowels into my pants where I stood or sprint out of there at superhuman Usain Bolt speed.  50/50 chance of either.  What I don’t think I’d do is run directly into the blast zone and throw myself on top of a man strapped with explosives reaching for his cell phone to detonate all of them.   That’s what these four guys did and that’s what first responders all over the country do without a second thought any time there’s danger.   Incredible.  Hat tips to Officers Gallagher, Manfredini, Preston and Collins.