Ohhhhhhh the hot stove is starting to cook now!. Ken Rosenthal tweeted out yesterday that the O’s were discussing shipping one of their relievers, Brad Brach or Darren O’Day, to the Mets for often injured, and always hungover, Matt Harvey. It seems like Brach has been linked to the Mets for years, maybe this is the year that a trade with these two actually go down.

Call me crazy, but I think I’d be okay with Baltimore trading one of those guys for Harvey. Why you ask? Well the Orioles only have 2 starters on their roster, Dylan Bundy and Kevin Gausman. They literally need ANYONE who can stand on the mound for 5+ innings and throw a ball over the plate. Their bullpen is the strongest part of their team, and while I know it isn’t the smartest idea to take away from one of your strengths, I think it may be necessary in this case. The Mets are rich in starters, and the Orioles have an abundance of relievers. So on paper, this trade seems to makes sense.

The idea of bringing in Harvey has me intrigued for a few reasons. The righty is only 28 and is in dire need of a change of scenery. He’s gone through the whole gauntlet in NYC. He was the highly touted top 10 pick, had a breakout year in 2013, earned the nickname “The Dark Knight”, had Tommy John in 2014, led the Mets to the World Series in 2015, 2016 he had a down year and had to be shut down due to injury, finishing the season with a record of 4-10 and an ERA of 4.86. 2017 was more of the same- injury and controversy. You of course had the incident where he just flat out didn’t show up to the ballpark after a night where he was seen out on the town, and then he had surgery to fix a stress fracture of his scapula. He tried to die a hero on the mound after his TJ surgery, but ended up living long enough to see himself become the villain.

I think he needs out of New York, and the team also thinks so. They were discussing a Harvey for Jurickson Profar trade with Texas. It’s obvious they are looking to move him. Brach is likely the guy who would be shipped to New York, he has the same contract situation as Harvey, so it makes sense. He’s a former All Star reliever, but he’s made a ton of appearances the last few seasons, 246 appearances since 2014. He’s shown that he can do it all, he’s been a 7th inning guy, 8th inning guy, and closed when needed (21 saves since 2015, including 18 last year). Brach could be that bullpen piece the Mets have been looking for.

Harvey is in the last arbitration eligible year, and will be a free agent after next season, just like Brach. But one thing that mays stop this trade? The man who represents the Dark Knight, Scott Boras. Orioles manager, Buck Showalter, hatessssss Boras, that is a fact. He is literally the most powerful man in baseball, and he sucks.

But seriously, where else are the Orioles going to get starters? They aren’t going to sign Yu Darvish, Jake Arrieta, Alex Cobb, or Lance Lynn. Why not trade O’Day or Brach for Harvey and let the veteran try and turn it back around? Plus, he won’t hate it here, as Baltimore has some nice places to party. It’s obviously not NYC, but don’t get me wrong, Harvey can still get himself in some trouble at El Buffalo or Pickles on a random Wednesday. 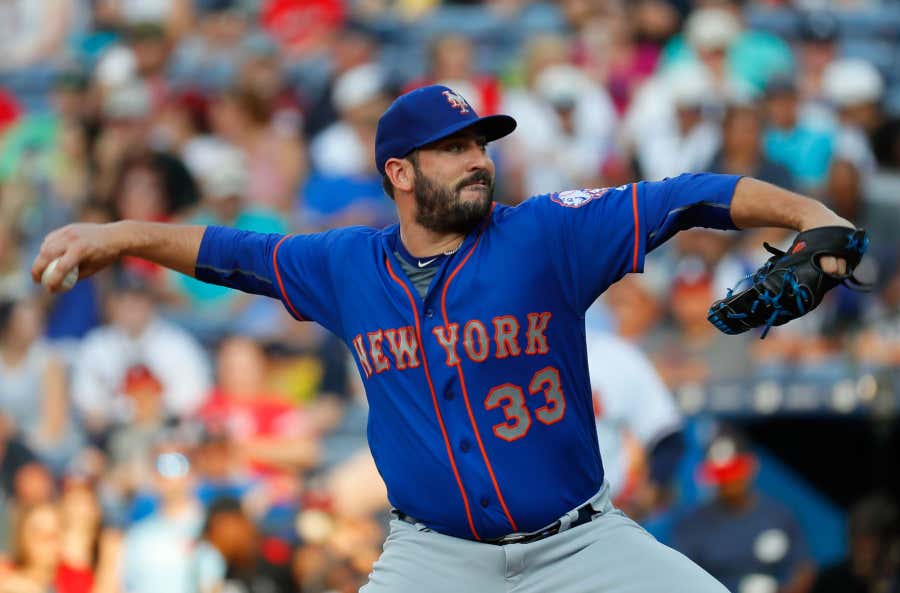 The only thing that worries me is the physical issue. Everyone in baseball knows how tough the Orioles doctors are when it comes to the physical, and who knows if Harvey would pass it. That dude ends up in a hospital bed more often than Jesse Pinkman did. Now Harvey has only pitched 92.2 IP in both of the last 2 years, has only made 20 starts in a season twice, and hasn’t made 20 starts in a season since 2015. Those things do worry me, but then again, Harvey has (had?) all the talent in the world, and maybe a new training staff and club would do wonders for him,

Bottom line is the Orioles need help in the rotation, and I don’t know if you heard, but the Yankees just made an addition to their ball club, and boy is it scary. I think the Orioles should make a splash, bring in the big name starter, and let him show that he can replicate his 2015 season. It definitely helps that he’ll be motivated in his contract year. It’s a low risk- high reward move for the Birds. He literally can’t be worse than Ubaldo Jimenez and Wade Miley, and if he does come close to that old school Harvey, then the Orioles finally have a guy who can chuck it.

Who was the last bulldog on the mound for the Birds? Mussina? I want the Matt Harvey with blood running out of his nose while he’s standing on the mound, I want the yelling and screaming Harvey. I’ve had enough with the softies the Orioles have, make the trade and bring Hoss Harvey to Baltimore. Worst case scenario is he’s Ubaldo Jimenez part 2 and gives up moonshots to Aaron Judge and Stanton for a few starts, best case, he pitches like the ace he once was. I think this is a no brainer for the Orioles.