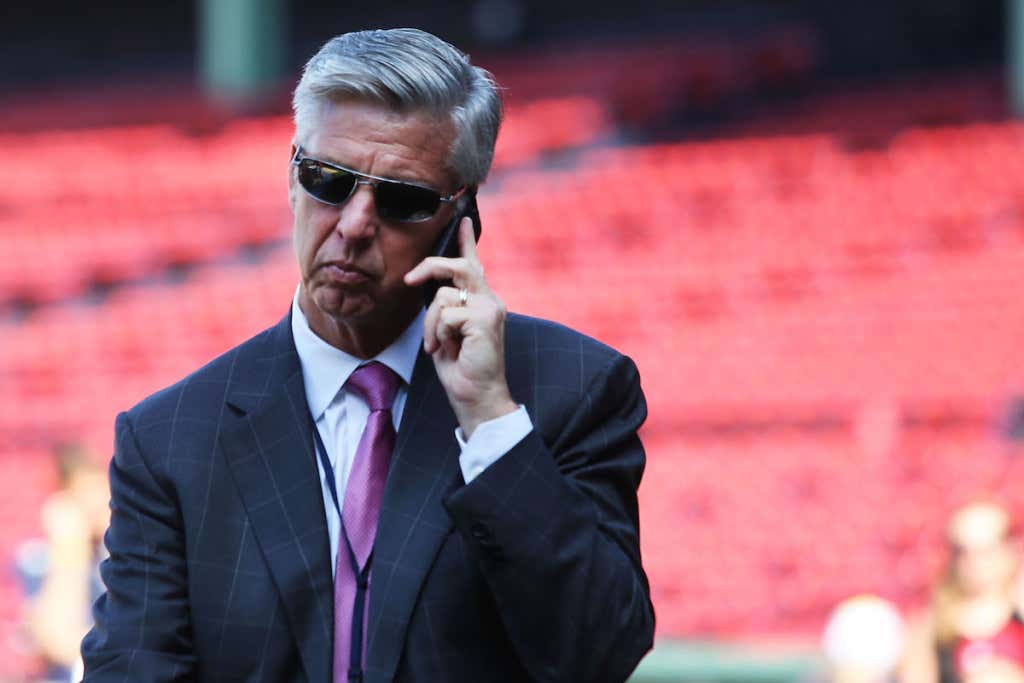 The Yankees just unveiled their brand new superstar trade acquisition Giancarlo Stanton today. For Red Sox fans, this one stings. Like, a lot. While the Red Sox were once again dismissed in the first round of the playoffs, Boston fans had to sit back and watch as the Yankees, who finished behind the Red Sox in the American League East, came within a game of going to the World Series for the 41st fucking time. And then they just got even better.

Well, we’ve been on top of the Stanton Sweepstakes every step of the way here, and every single time I would campaign on the blog for the Red Sox to A.) Add Stanton as the power bat that they desperately need and B.) At least make an attempt, if only to prevent him from going to New York and forming one of the most terrifying lineups of all-time, I would hear from the fans who believed that Stanton would not have accepted a trade to Boston. Today, we got some clarity on what the real situation was.

Here’s what we were told today — the Red Sox had no interest in Giancarlo Stanton. Never even tried.

Stanton had no objections to coming to Boston. The idea that he’d automatically veto a trade to the Red Sox under any and all circumstances is completely false.

Stanton had a list of four teams that he would approve a trade to (Yankees, Cubs, Dodgers, Astros), but was open to being traded to teams that were not on that list had they made a presentation that was enticing enough. The Red Sox made no presentation.

If you’re a Red Sox fan, and you believe these reports to be true, then this should enrage you. It is completely and utterly unacceptable for the Red Sox to have not even tried. If they had made an honest effort and failed, or at the very least KICKED THE TIRES, then it is what it is and you move on to Plan B. But to have done absolutely nothing to add a generational talent like Stanton, or to have not entered the conversation after things started to heat up with the Yankees, is an absolute slap in the face to this fan base.

While the Patriots are king in Boston, it’s shit like this that gives validity to the discussion over who the number two team in this town is right now. The Celtics are certainly building quite the case for the second most popular team in the city, and the Red Sox have nobody to blame but themselves. The Celtics didn’t rise to the Red Sox. The Red Sox have fallen to the Celtics, and this is yet another reason why this is happening. Like Mazz said, when you tell the fans that you have no interest in a player like Stanton, then don’t be surprised when fans have no interest in your team.

All is not lost, though. Yeah, this is infuriating, but Dave Dombrowski can counter this if he actually, you know, puts forth some effort here. My solution — sign JD Martinez, who is a hell of a lot more comparable to Stanton than most people realize, trade for Marcell Ozuna in a deal centered around Jackie Bradley Jr., move Andrew Benintendi to centerfield, put Martinez in left, move Hanley Ramirez back to first base and DH Ozuna. Sure, Aaron Judge, Gary Sanchez and Stanton is scarier, but Martinez (45 HR last year), Ozuna (37 HR last year), and Hanley (30 HR in 2016) is pretty damn scary, too.