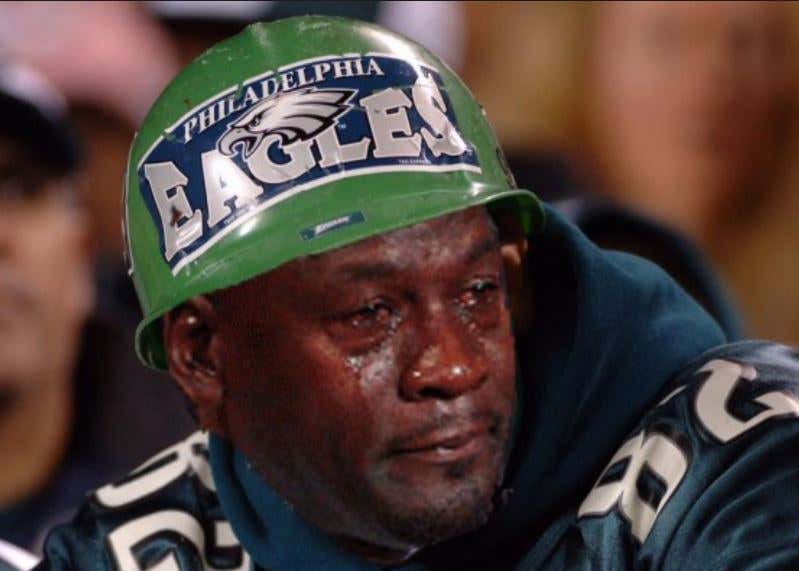 So after Carson Wentz tore his ACL yesterday I shot my friends Smitty, Fran and Louis a simple tweet. Here is what it was.

Some Philly fans didn’t like it and said mean things about me like I should die in a fire, blah, blah, blah.

Very rude. Very uncalled for. Typical scumbag behavior from Philly fans indeed. Listen I don’t wish injuries upon people. That’s not my style. I wasn’t a Philly fan who threw snowballs at Santa or cheered when Michael Irvin lay unconscious on the field at the Vet. That’s not me. But when major injuries happen I’m not beyond rubbing it in or pouring a little salt on the wound.  That’s what sports fans do.  I mean of all people Philly fans should understand that. That’s what sports is all about. The Eagles season burst into flames right before our very eyes. It’s only natural for the rest of America to laugh and smirk and point. You didn’t hear me crying about it when Brady got hurt did you? You didn’t hear me calling other fanbases scumbags? Nope. I just tightened my belt buckle, went to work, won 11 games that year and then 30 more Superbowls in the future. That’s what champions do. Losers sulk and point and blame everybody else and tell people to die in grease fires. Philly could learn a thing or two about dignity and class from Boston fans.