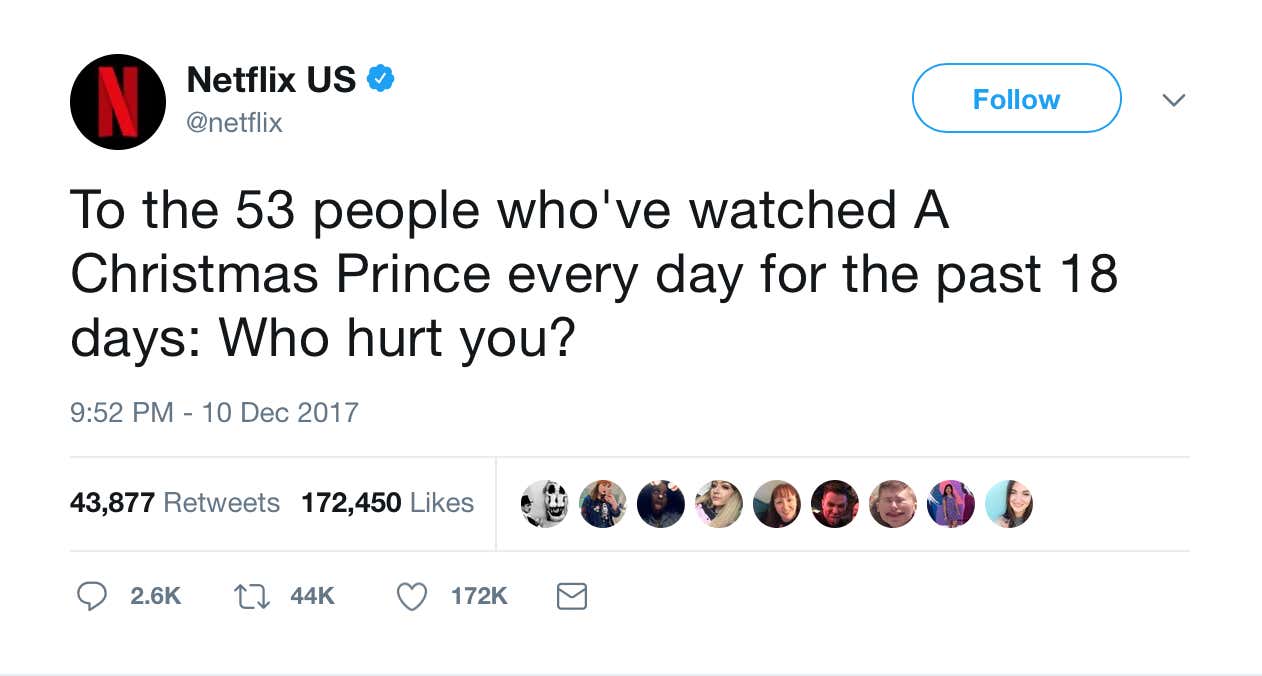 Nope. Don’t do that, Netflix. Don’t you dare. First they got rid of Always Sunny and now this. We can’t start living in a world where Netflix publicly blasts people for their viewing habits. That’s a dangerous precedent. When I signed up for Netflix (or when my dad signed up for Netflix and I started using his account) we signed a social contract. A social contract that says Netflix will never release any information regarding how much Netflix I watch or what I watch. That’s confidential. If I watch The Office for 11 hours straight on a lazy Saturday, that’s between me and Netflix. If I wanna watch Santa Paws 2: The Santa Pups, I’m gonna watch Santa Paws 2: The Santa Pups and I expect Netflix to keep their mouths shut. Just ask me “Are you still watching?” and let me go on about my lazy day. This is the fastest way for them to lose subscribers. Lose my trust and you lose me (probably not but I’ll continue to be mad online about it).

The crazy part is that Netflix is famously super secretive about their streaming numbers and how many subscribers they have. No one knows how many people watch Netflix cause they hold onto that information with a iron grip. That’s the type of secrecy I’ve come to expect with Netflix. But then they turn right around and blast innocent people watching A Christmas Prince everyday for 18 days in a row. Sad. Let them live. Be consistent, Netflix.

You might be saying, “Chill out dude. They were just kidding around.” No. I will not chill out. Netflix has the most valuable information in their possession. They need to act like it.