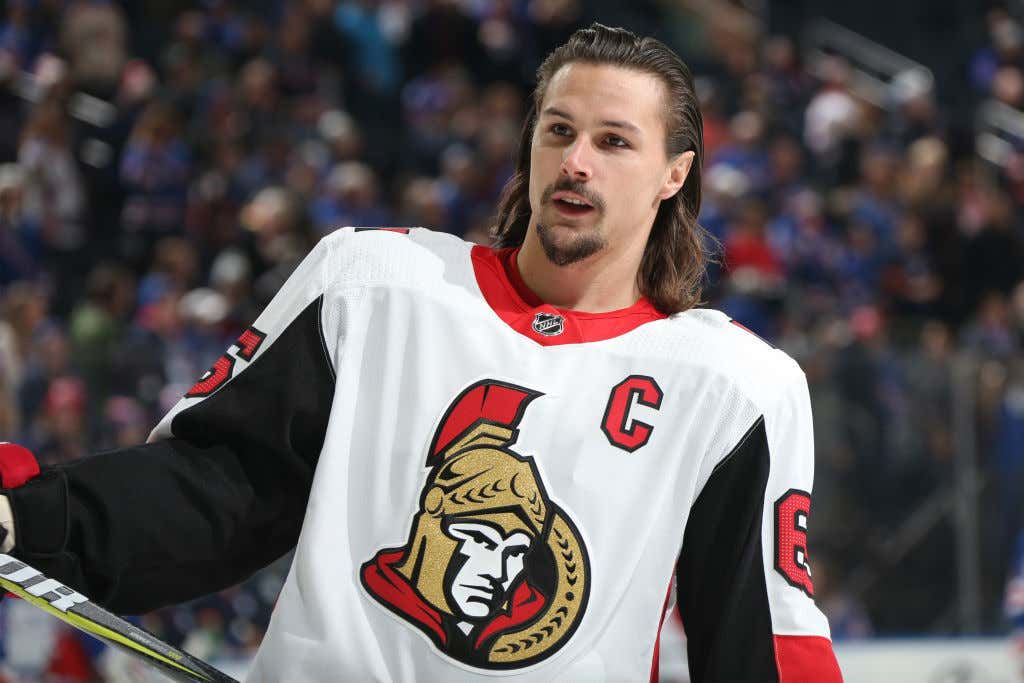 [Jordie’s Note: Yes, obviously the news it out that Carson Wentz has officially torn his ACL. Smitty will have a blog on it once he’s done on radio.]

Ottawa Sun – As the Ottawa Senators arrived here Sunday, there was talk of significant changes in the air.

Mired in a skid that has seen the Senators win only one of their past 12 games, absolutely every aspect of the organization has come under the microscope and, as a result, general manager Pierre Dorion has turned up his efforts to make a deal to try to turn his struggling club around.

After a 5-0 loss to the San Jose Sharks Saturday night, the Senators woke up to a report from Hockey Night in Canada that captain Erik Karlsson was among a group of 10 players that has been asked to submit a 10-team ‘No Trade’ list with the NHL trade deadline set for Feb. 26.

The Ottawa Senators are currently 2nd to last in the Eastern Conference. They’re 9-12-7 through 28 games this year, have been shutout in 3 of their last 4, and are 1-9-2 in their last 12 games. So that’s 11 losses in 14 games after making the trade for Matt Duchene. Not good!

The Senators were just 1 win away from the Stanley Cup Final last year. You make that trade for Duchene and the implication is clearly that you’re looking at the Cup Final as where you expect your team to be at the end of the season. And then a month after the trade, your team is 10 points out of a Wild Card spot in the East and you’re asking your captain to submit his “No Trade” list.

Do I think the Senators are actually going to trade Erik Karlsson this season? Probably not. This is most likely just desperation seeking into the organization and making them feel like they at least have to keep their options open. Especially after Karlsson said this about his free agency coming up in 2019. 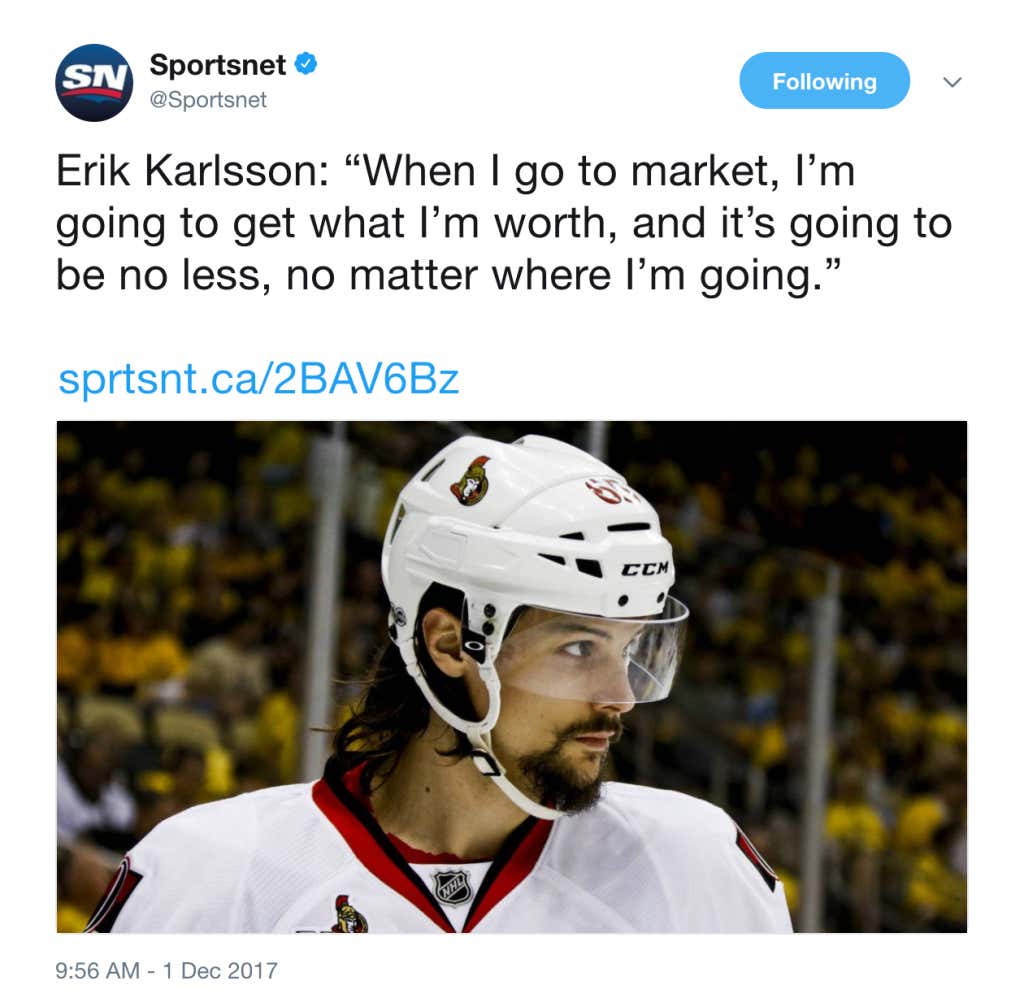 Now let’s just get a couple of things cleared up here with that quote. I don’t think this was intended to be a direct threat to the Senators by Karlsson. I don’t think he’s saying “pay me or I walk”. He’s just speaking the truth. He’s one of the best defensemen in the league and he deserves his paycheck to match that. I’m sure that in his own perfect world, the Senators pay him what he’s worth and he continues to win and live his life in Ottawa.

Which is why if the Senators were smart, they’d just hand over an empty check to Karlsson. Seems like a no-brainer. But it’s not exactly that easy. He’s currently making $6.5M AAV. Drew Doughty is currently making $7M AAV. They both hit free agency on July 1, 2019 and you have to imagine that the price of one will set the price for the other. If the Kings set the price for Doughty too high for the Senators to match with Karlsson, then they risk losing him for nothing in free agency. So you have to get this no trade list just in case it comes to that. Because if you lose somebody like Erik Karlsson to free agency then everybody involved with that organization should be fired. So if you think there’s a chance you might not be able to pay Erik Karlsson the money he’s looking for in the summer of 2019, your team is free falling and there’s a chance the window could be closing up sooner than you anticipated? Then yes, you at least see what you’re able to get in return for the guy.

Sidenote: other players who were asked for their no-trade lists were Bobby Ryan, Nate Thompson, Mike Hoffman, Derick Brassard, Alex Burrows, Zack Smith, Nate Thompson, Dion Phaneuf and Johnny Oduya. You can probably expect at least one trade before Christmas.