Yeah the way the entire Eli Manning benching fiasco was handled sucked. But everything that has come out of it has been pure gold. Ben McAdoo was fired, Jerry Reese used up his 9th life as GM, and now Rex Ryan and Geno Smith are locked in a muddy grudge match. First Rex said he wouldn’t want Geno to be his QB, Geno fired back at his first press conference that people cared about in years, and now Rex is back to slinging mud. What a wonderful way for New York football to wrap up 2017! I’ll admit that I’m one of the apparently MNAY people that stopped watching NFL Countdown over the last few years. But you have to respect any quote that gets Randy Moss to react like this mostly because seeing Randy Moss happy inherently makes me happy. 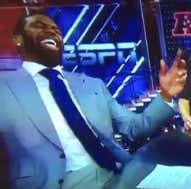 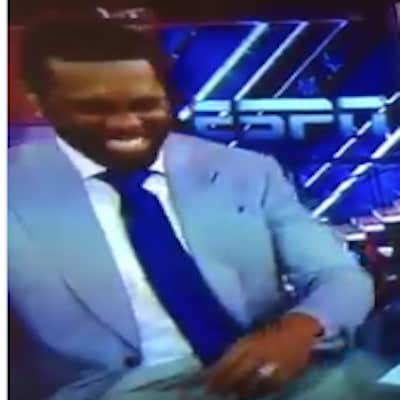 The best part about all of this is you know Rex has a million more of these type of jokes lined up if Geno wants to continue this back-and-forth. Rex is probably the only person on the planet that could insert himself into the Donald Trump vs. LaVar Ball feud and go blow-for-blow with those two. A windbag full of jokes and disses. If you get your jaw broken in a fight, Rex Ryan definitely thinks less of you as a person. Buddy probably taught Rex and Rob how to block a punch before he tried to teach them how to walk. Which is why we need to get Rex and Geno down to settle all of this once and for all at Rough N Rowdy. Sure Rob may storm the ring with a steel chair, but I feel like West Virginia is the one state where Geno Smith still has some respect on his name. Plus I’m not sure how much longer Tex will get cleared by the doctors to headline the cards at RnR.

P.S. There is no doubt in my mind Rex ate that punchline as soon as the video cut away from him.