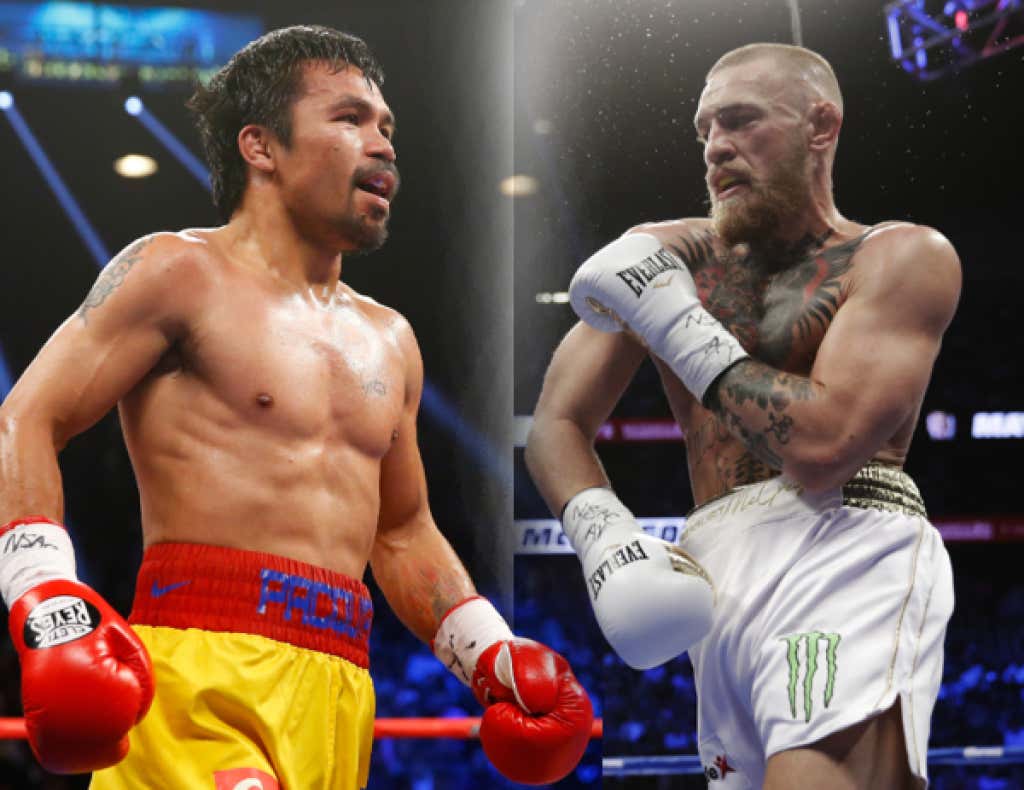 “If we can negotiate it, I have no problem. It is OK with both of us,” Pacquiao said. The Filipino icon, who is currently a senator in his home country, confirmed his team “initially” reached out to McGregor but “have not yet had any follow-up conversations.”

On Thanksgiving, noted Chicks In The Office fan Manny Pacquiao threw out this tweet…

…and now we’ve got him claiming he’s reached out to Conor McGregor about an April 2018 showdown.

I can’t even fake enthusiasm for this. I have no desire to see Conor McGregor fight Manny Pacquiao next year, or any year. I don’t know how anyone on the planet could. We saw him show tremendous heart in his one bout inside the squared circle, but that’s all we needed to see. It was a fun “Woah what would happen?!” gimmick, but now we know exactly what would happen, and it’s not exactly something you could recreate. Let’s just do no more silly money fights like this where McGregor has literally no shot to win ever. How about we get back into the octagon and defend that belt of yours, eh? Against anyone. I don’t care who. Defend it against Dennis Siver if you want to.

Dana White’s response to these rumors was priceless. He basically said if it’s even slightly true he’s gonna sue the fuck out of Manny Pacquiao.

I still believe Conor’s next fight, if it ever happens, will be against Nate Diaz to complete the trilogy (and so do the oddsmakers). Nate seems to be concerning himself with the sweet science, though, which is yet another example of 2017 being a weird ass year in combat sports.

Whatever. We’ll see what happens. Please say a prayer to the MMA gods that it’s not McGregor/Pacquiao, because who the fook would buy a 59 shamrock 8 shamrock 2 shirt?!