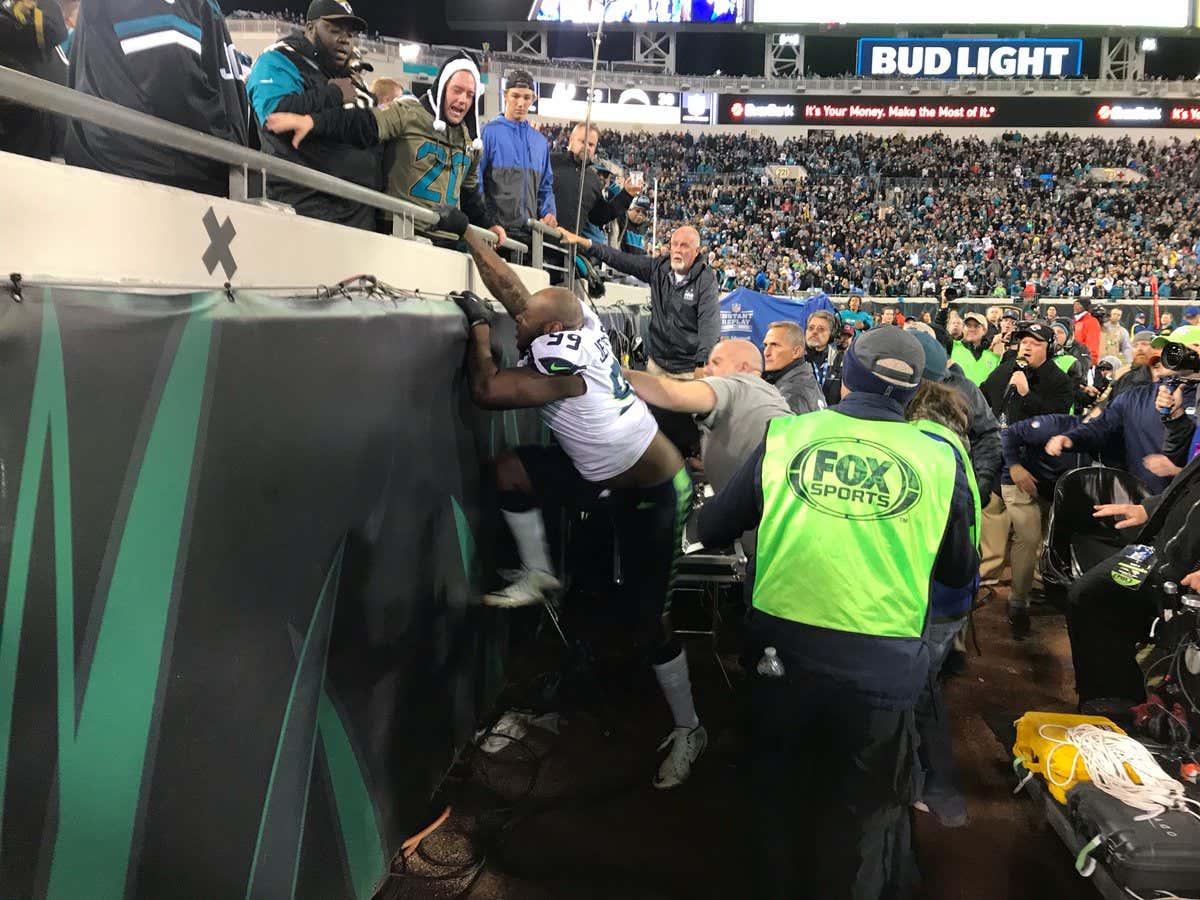 An insane ending to an insane game. The Jaguars went up pretty big and Seattle battled back, but this game was physical the whole way and got really messy at the end. The intensity spilled over to the victory formation by our beloved Jaguars. Sheldon Richardson threw a punch on the melee after 1st down. On the next first down, following the unsportsman’s like conduct penalty, Quinton Jefferson got ejected for a personal foul. On his way to the tunnels, some Jaguars fans kindly offered him some water.

He does not like water and was going into the stands to tell them such. Or something like that.

Huge win for the Jaguars. Statement type game. They are 9-4 but have played some bad teams this year. Beating Seattle in December is huge for a young team. Blake Bortles played a very efficient game once again. The defense was tough minus a few defensive breakdowns by Poz in coverage which resulted in big plays. The running game got going with all 5 starters on the offensive line back in the mix.

I hope going up on the rail was worth getting suspended for like 4 games. Cant do that even if my pals are throwing water bottles at you. Thems the rules.

Apparently, this is what really got shit going. I’ll keep updating this blog as things pop-up.