The Teens of NYC are RUTHLESS. One of them could’ve easily used one of their Kith or Supreme bags to scoop that up and keep their city streets both beautiful and pristine. But no. Instead they sat and waited for the inevitable. There were a few onlookers who had the general public’s safety in the forefront of their minds as they shouted “LOOK OUT!” at this guy who was very clearly in his own world, not a care to be had, living his life one stride at a time. 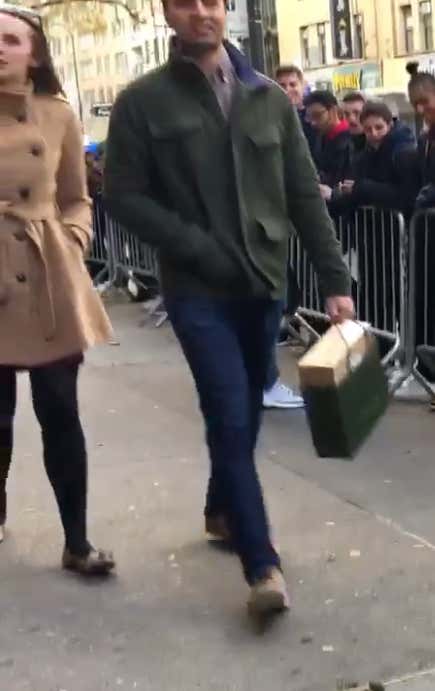 That guy was a mere INCHES away from getting roasted by the teens, not just in real life but also on the web for all of eternity. Get some peripheral vision for me one time guy. Head on a swivel, know your surroundings. But I can’t even get on this guy’s back, because after all he was safe. He didn’t step in random, New York City dog shit.

The woman THREE STEPS BEHIND HIM, however, suffered a much different fate. 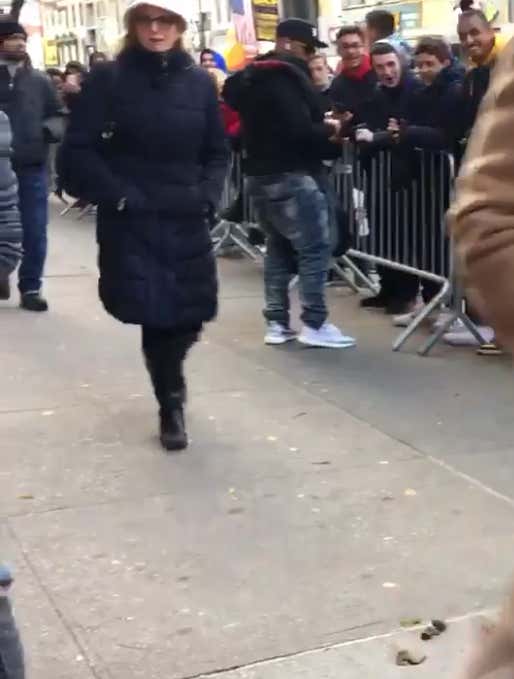 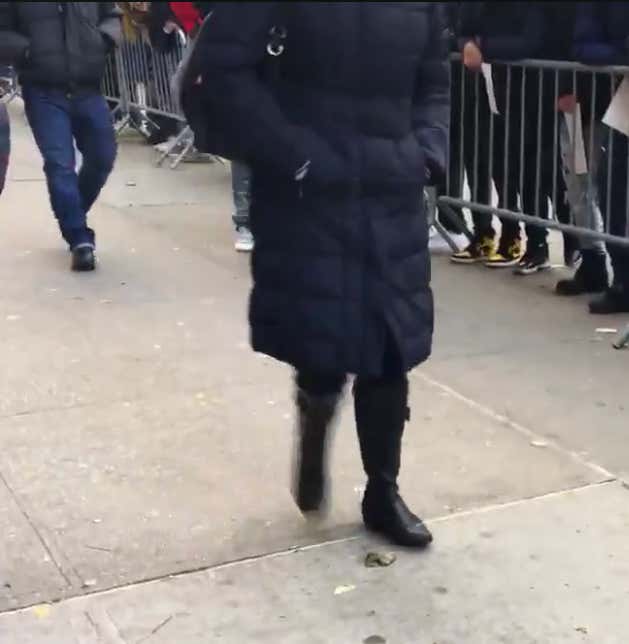 BANG! Boot full of dog poop. Pandemonium filling the streets like Dr. J was at the Rucker immediately upon impact. The best part though? THIS WOMAN NEVER EVEN BROKE STRIDE! She’s so used to walking around this trash heap of a city there was probably already dogshit on her shoes from the previous block. So accustomed to a life of rowdy teens and general bewilderment that a steaming pile of turds on 14th Street was the status quo and not the outlier.