Tough to disagree with Kobe on this one. How dare three guys on their rookie contracts who do not play with Shaquille O’Neal not put urgency on their development like Kobe Bean Bryant did all the way back in 1996? It’s despicable, deplorable, and disgusting! Why haven’t the 2017-18 Los Angeles Lakers thought about going out and signing a new Shaq? Seems to me that it would be a decent strategy for them.

Now, this is only one quote from the sit down. And I don’t want to be lumped in with ESPN and become part of the fake news propaganda machine. So here is the full context of the interview that Kobe himself retweeted for all the world to see.

Very noble of him to admit what everyone who watches basketball thinks about the Lakers: they’re probably going to be really good in a couple of years. First paragraph he seems to stress patience, like a normal human being who didn’t spend his summers studying the hunting patterns of sharks off the coast of South Africa in order to better his basketball game. Then, only a few moments later, we get to the last paragraph where he goes full Kobe and makes up “patient impatience” like only he could.

Sometimes I wonder if that Nike commercial with Kobe giving Kanye advice was even a commercial or if cameras just so happened to catch Kobe giving what he truly believed to be sound advice.

PS – Retirement Kobe was able to keep decently quiet last year, but a quick survey of his Twitter feed shows he may slowly be turning into Trump. The failing ESPN needs Kobe for ratings and clicks! They lost the trust! #GoldenArmor! I’m VERY here for Kobe gaining new enemies and taking them down on Twitter one by one. 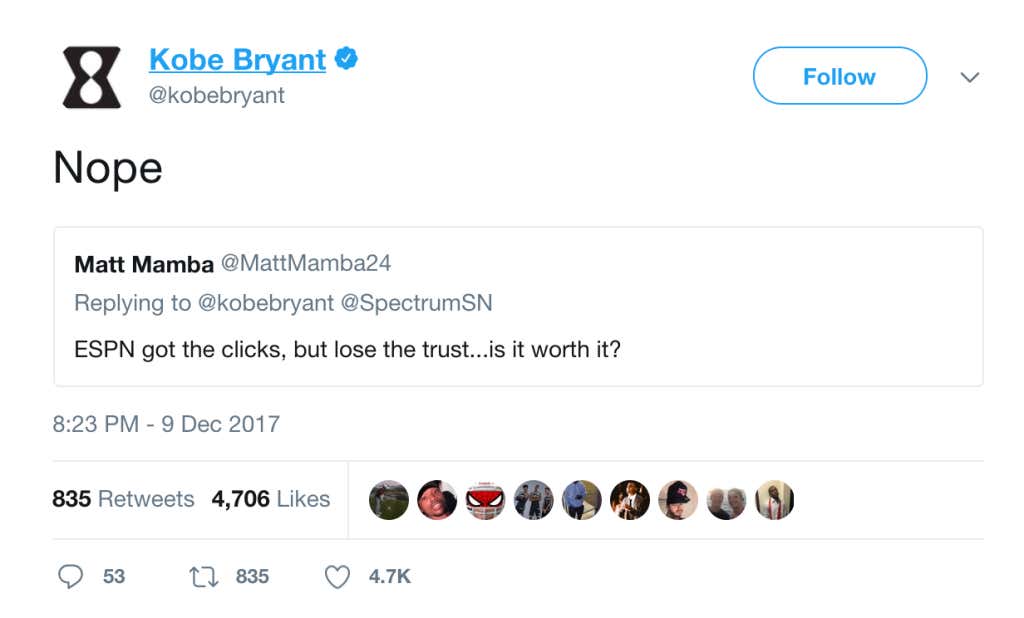