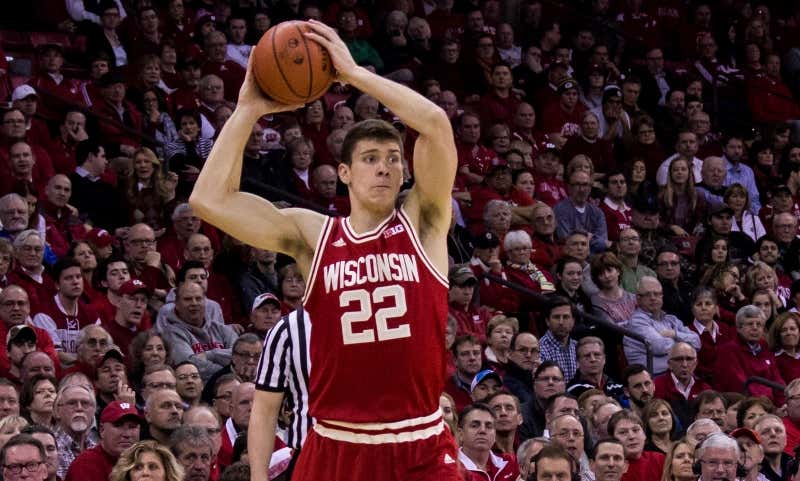 I’m hungover and Derek Jeter sucks. Let’s get right into it.

I’m just glad to see UCLA is playing basketball with everything going on in LA right now that’s way more serious than hoops. This is the second year of a home-and-home after UCLA came from behind to beat Michigan last year. Both of these teams come into the game needing a win. UCLA doesn’t really have that quality win yet with Wisconsin being down and Michigan is coming off a loss to Ohio State in which they blew a 20 point lead. UCLA still wants to push the tempo and has a mismatch at the point guard spot. Michigan can’t figure out exactly what it wants to do at the point spot – starting freshman Eli Brooks (shout out York, PA) and bringing in Zavier Simpson off the bench. Holiday will be the best player on the floor today. For Michigan they need Charles Matthews to look to attack right away. He’ll likely have Kris Wilkes on him and while he won’t be able to use his athleticism as much as he has in the past, Matthews should still look to attack with his back to the basket and then off the bounce. The other person Michigan needs to show up is Duncan Robinson. He’s regressed and is shooting just 33% from the 3-point line this year. With Michigan not having the talent like they did in years past he has to shoot closer to 40%. I like UCLA to cover here as I think they can really attack with Holiday.

We know what’s going to happen here, right? Wisconsin is going to feed Ethan Happ. A lot. They are going to look to get him the ball and let him create because right now he’s the Badgers only consistent player. We also saw Marquette struggle against a team with a quality big and surrounding him with shooters like they did when they played Purdue. The difference here though is Wisconsin doesn’t have consistent outside shooters. Someone – I’m looking at you Pritzil and Trice – need to step up here. Marquette is going to throw a lot of zone and doubles at Happ, forcing someone else to beat them. I expect the double to come off of guys like Iverson, Trice, Pritzil or King. If Wisconsin can get outside shooting from one of those guys they win the game. That said, I like Marquette here. They can score with anyone and should be able to drag Happ out of the lane depending on the lineups. Wisconsin doesn’t give up a lot of looks from the 3-point line, ranking 21st in 3PA/FGA, so that is something to watch here. I also simply don’t trust Wisconsin right now.

This is a game where we’re really trying to figure out both teams. We saw Louisville lose at home to Seton Hall, blow a lead on the road at Purdue and struggle against Siena. Indiana on the other hand played Duke tough at home but lost to Indiana State in a blowout. This game is simple though. Can Indiana take care of the ball? Louisville needs to force turnovers to get easy buckets. It’s been their game plan for years and that hasn’t changed. Indiana has gotten much better this year at taking care of the ball, ranking 83rd in TO rate. That said Louisville can really push Newkirk and Johnson, both of whom have turnover rates over 20%. I like Louisville here at home. I think they come out fast, get into their press and make Newkirk/Johnson uncomfortable.

Seton Hall is a good team and we haven’t seen them at their best yet. Angel Delgado and Khadeen Carrington have not played up to expectations but they’ve been able to still look the part thanks to Desi Rodriguez and Myles Powell. Rodriguez is an absolute beast getting to the rim with his left hand. He likes to ISO up top, use his strength and drive left. From there he’s excellent at finishing at the rim. What’s been impressive here is the fact Delgado hasn’t forced the issue. Teams are doubling him at all times, forcing him out of the game. He’s continued to play his role though of getting rebounds and drawing attention. VCU has a lot of question marks, especially on the interior. Isaac Vaan isn’t healthy, they continue to make mistakes and just get lost on both sides of the ball and they struggle in the halfcourt. This is a game Delgado can really break out and I think you see Seton Hall pull away late here.

Well things sure have changed in the span of a week for Florida, huh? After playing Duke tough in the PK80 finals, people were talking about them as a top-5 team in the country. Then came home losses to Florida State and Loyola Chicago and the Gators are now on the verge of having the worst week – yes, even worse than Arizona – in college basketball this year. The truth is this team needs to hit shots. They can’t win games if the outside shots aren’t falling. For Cincinnati they need a big game out of Gary Clark and/or Kyle Washington here. There’s going to be a mismatch for one of them due to Florida playing four guards. We saw Kyle Washington just not show up against Xavier, which has been sort of the story with him in big games. Cincinnati needs to attack in the halfcourt playing through the post and then opening up shots for Evans/Cumberland. Defensively Cincinnati needs to stay in front of Chris Chiozza. Florida likes to use him to attack off the bounce and either finish or kick from there. I like Cincinnati here though. They’ve had all week off to practice for this weird look and I don’t think we see them come out flat like they did against Xavier. Again, I think you see that big game out of Clark as he can really take advantage in the post.

Speaking of bad losses Minnesota is coming off an ass kicking at Nebraska before now having to head to Arkansas. Similar to what I just said about Cincinnati, Minnesota should look to attack through the post here. Specifically they should look at Jordan Murphy to create as there’s a mismatch in the post. Arkansas’ strength is in the backcourt with Barford, Beard and Macon. Arkansas wants to speed you up and force turnovers. They can get inconsistent on the offensive side of the ball – we saw this against UNC. In the first 10 minutes of the game there they made UNC uncomfortable offensively, but Arkansas was unable to take advantage due to the inconsistent offense. That said, I’m trusting Arkansas at home here. We’ve seen Minnesota struggle lately with losses to Miami and Nebraska. Jordan Murphy should have a big game and their defense can give Arkansas some fits.

Now, I’m very much on the Arizona is back train. I think they’ve figured it out this week with wins over UNLV and Texas A&M. They also could have Rawle Alkins back for this game as the report came out that as long he got through practice he was cleared for the game. I’ve yet to see anything about if he’s playing or not though. Assuming he plays that provides Arizona the ability to defend the wing and go small. Right now the fact that Miller is playing Ayton with Ristic is not helping the team. Teams are spreading Arizona out and forcing Ayton to step out of the lane since he’s more agile than Ristic. We’ve seen these small ball teams give Arizona fits this year and that’s what Alabama will do. They’ll put four guys out there that can attack off the bounce and be threats to shoot. I think you see Collin Sexton take this game person as he tends to do when he faces a big name. I like Arizona to win but I think Alabama covers the 9 points here. I think Alabama can get Arizona in foul trouble and make them uncomfortable defensively – whether Alkins plays or not.

Other games of note: