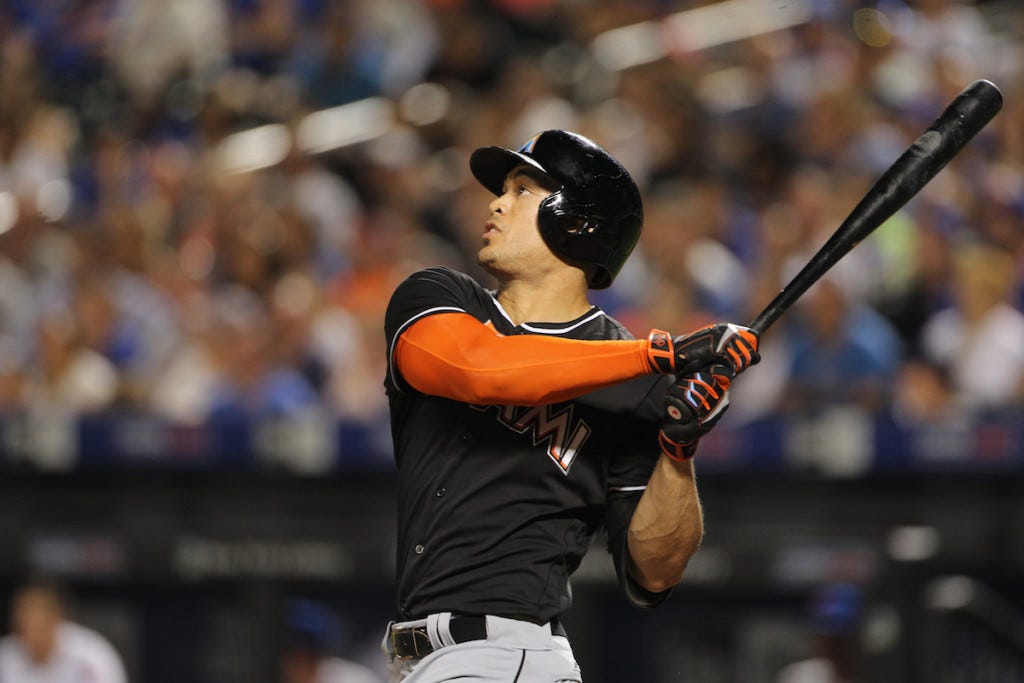 And you might be sitting there saying, oh stop being so dramatic. This and that. You don’t get it. His at-bats are appointment television for baseball fans, especially last year. When Stanton comes to the plate, you know you have a really good chance of seeing something special. And now he’s a Yankee. My favorite baseball player to cover is no longer in my blogging jurisdiction. That’s probably the worst part, honestly. He was so fun to write about, and now that rat fuck Hubbs gets first dibs on his 500-foot bombs. Kill me.

And I’m not gonna sit here and whine about Derek Jeter clearly doing a favor for his old team. I don’t even know how you’d argue against that, really. All the reports were that the Marlins wanted top prospects AND the acquiring team to take on most, if not all, of Stanton’s contract, yet no top prospects are reportedly going to Miami in this trade. Hey, it is what it is. If you don’t like it, then your team should’ve done more to prevent something like this from happening.

But nobody did anything to prevent this from happening, did they? They sure didn’t. By the way, I’ve seen all the comparisons to A-Rod going to the Yankees before the 2004 season, yet the Yankees didn’t win a World Series with him until 2009. I see it. A reigning league MVP and a superstar player in the league going to the Yankees, taking his massive contract with him. Surely comparable. But this one just feels different.

Stanton’s my guy. Or, at least he was my guy. Now, he’s the guy that’s going to do everything that he can to beat my brains in for the foreseeable future as part of one of the most terrifying lineups maybe ever constructed by a professional baseball team. Meanwhile, after hitting the fewest homers in the American League this year, the Red Sox continue to stand idly by while the best offensive performer on the open market just went to their greatest threat in the American League East. And they just let it happen.

All there’s left to do now, I guess, is to sign JD Martinez. Either that, or have David Ortiz buy the Angels and trade Mike Trout to the Red Sox for Deven Marrero.