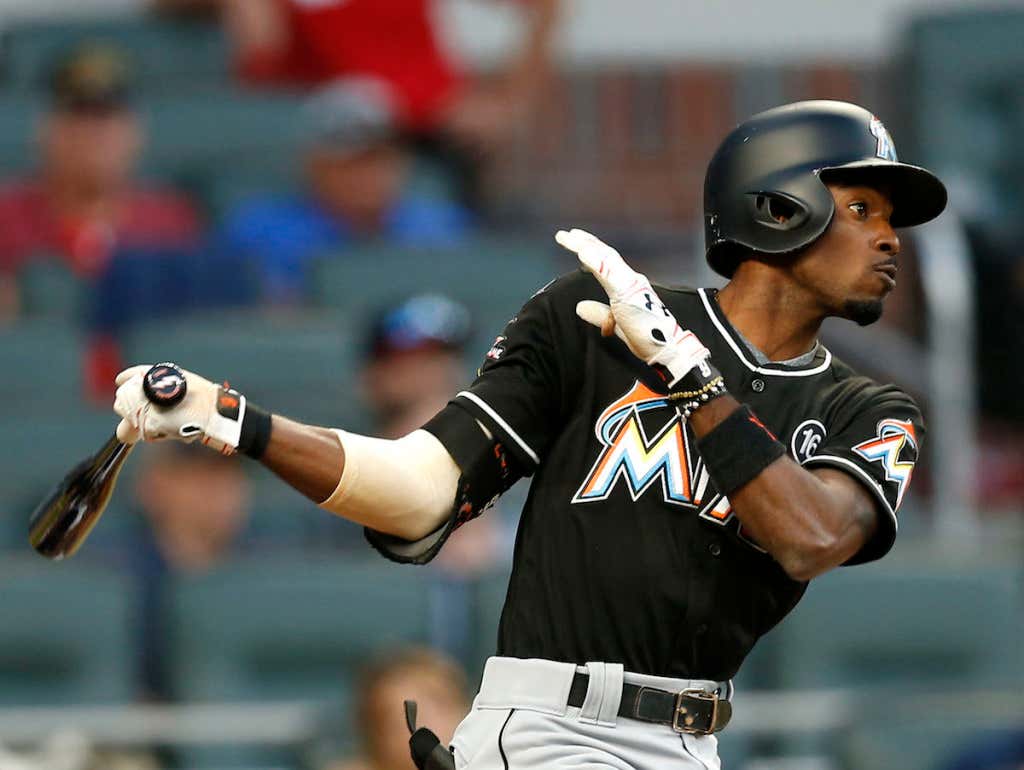 We don’t know who’s heading back to the Marlins in the deal yet, but 2015 National League batting champion and Gold Glove award winner, Dee Gordon, is heading to the Seattle Mariners. The fact that “modest minor league prospects” are expected to be going to Miami in the deal would lead us to believe that Seattle is assuming most, if not all, of Gordon’s contract in the trade, which one can assume is Miami’s primary goal in the swap.

It’ll be interesting to see what Seattle’s plans are for Gordon, because they already have a pretty good second baseman over there in the Emerald City — Robinson Cano; perhaps you’ve heard of him. They also have a pretty damn good shortstop in Jean Segura, who the Mariners acquired last offseason, and went on to hit an even .300 with a .776 OPS in his first season in Seattle.

Little update here — it’s being reported that the Mariners intend to use Gordon in centerfield, keeping Cano at second base (obviously) and Segura at shortstop. Gordon has yet to play any other position besides second base and shortstop at the major league level, but he did play nine games in centerfield in the 2013-14 Dominican Winter League. With his speed, I’m sure he’ll make the full time transition to centerfield just fine.

Another update on who’s going to Miami.

One more update — the Mariners also got $1 million in international slot money to boost their odds of signing Shohei Ohtani.