The Best. Everyone in that building thought the organization was saved. All the misery in the Factory of Sadness was over. The messiah had arrived! Dudes double high-fiving all over the place like they just watched the Browns win the Super Bowl. Keep in mind this was after the Browns traded up in the draft to take Justin Gilbert from Oklahoma State. He’s now out of the NFL predictably. Every Browns fan in the world thought that pick was Johnny so to get a second shot at him was a dream come true. I happened to be at an all-Browns house for the draft because I wanted to experience this in-person. Truth be told we tried to go to the draft, but we got in line too late. I think being at the draft would’ve killed my friend and his brothers because their heart couldn’t have taken any more joy.

Shout out to Old Takes Exposed for diggin’ this up today in light of the Browns axing their GM Sashi Brown and keeping Hue Jackson. Just look at how happy Browns radio host Aaron Goldhammer was in this video. Dude is legit pointing to the sky thanking God himself. Unbelievable. Little did he know Johnny would also be out of the NFL, quicker than Gilbert. 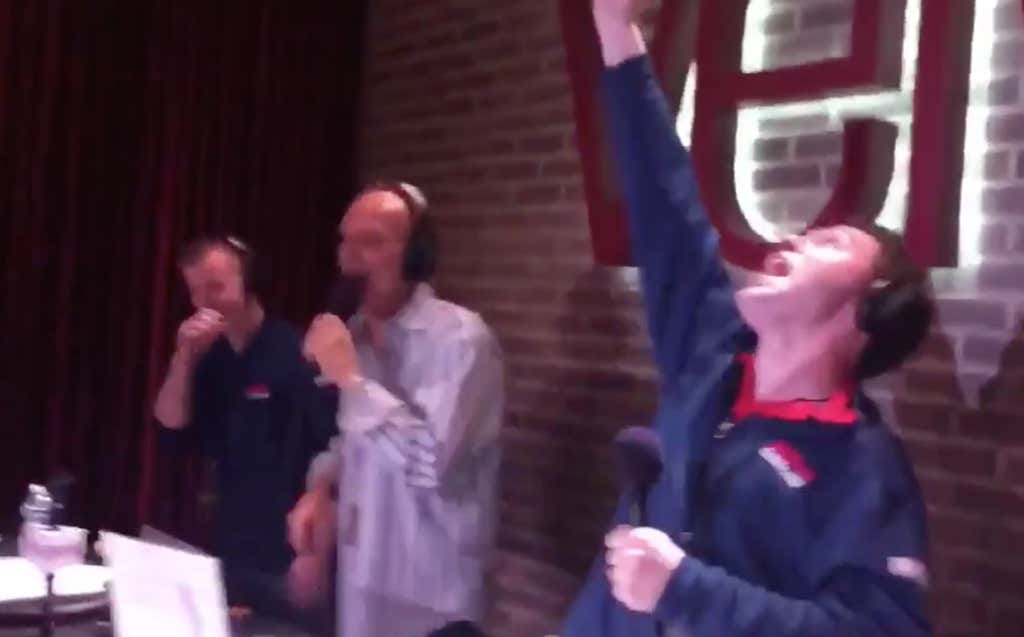 God Bless the Browns. Imagine if they don’t hire Dorsey and get Marvin Lewis instead? Ugh that’d be unreal.