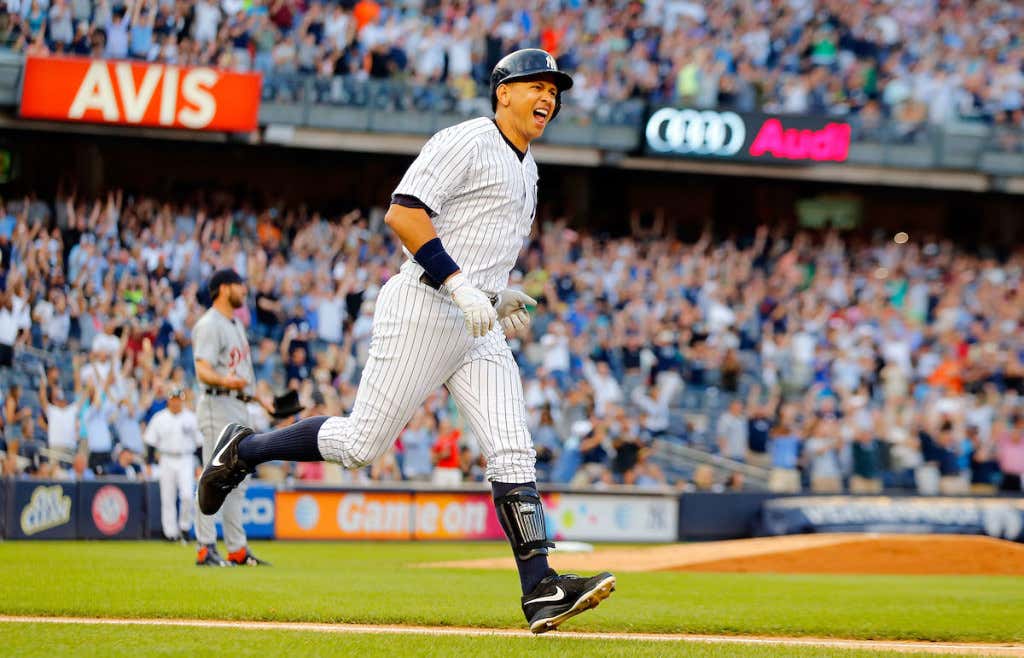 Yesterday, when Ken Rosenthal wrote his story about Rafael Palmeiro considering a comeback at the age of 53, he wrote that Palmeiro is one of five players in baseball history to hit 500 home runs AND 3,000 hits in their careers. I was curious to see who else had done that besides Palmeiro and the list is pretty damn impressive. You’ve got Hank Aaron — perhaps you’ve heard of him — who happened to hold the all-time home run record before Barry Bonds did his thing, as well as Willie Mays, Eddie Murray, and…drumroll please…Big Cat’s boss, Alex Rodriguez. Yeah, I’d say that’s a pretty elite club to be in.

But for as exclusive as this club has been, I think we might see some new members being added in the coming years. Adrian Beltre has 3,048 hits and he’s 38 homers shy of joining the 500 home run club. But we’re going to see a new member, assuming that he stays healthy, next year in 2018 because Albert Pujols already has over 600 homers, and he’s 32 hits shy of the 3,000 hits club. As far as who could be next after these two — Miguel Cabrera will enter 2018 with 2,636 hits and 462 home runs, and Robinson Cano has some work to do with 2,376 hits and 301 home runs.