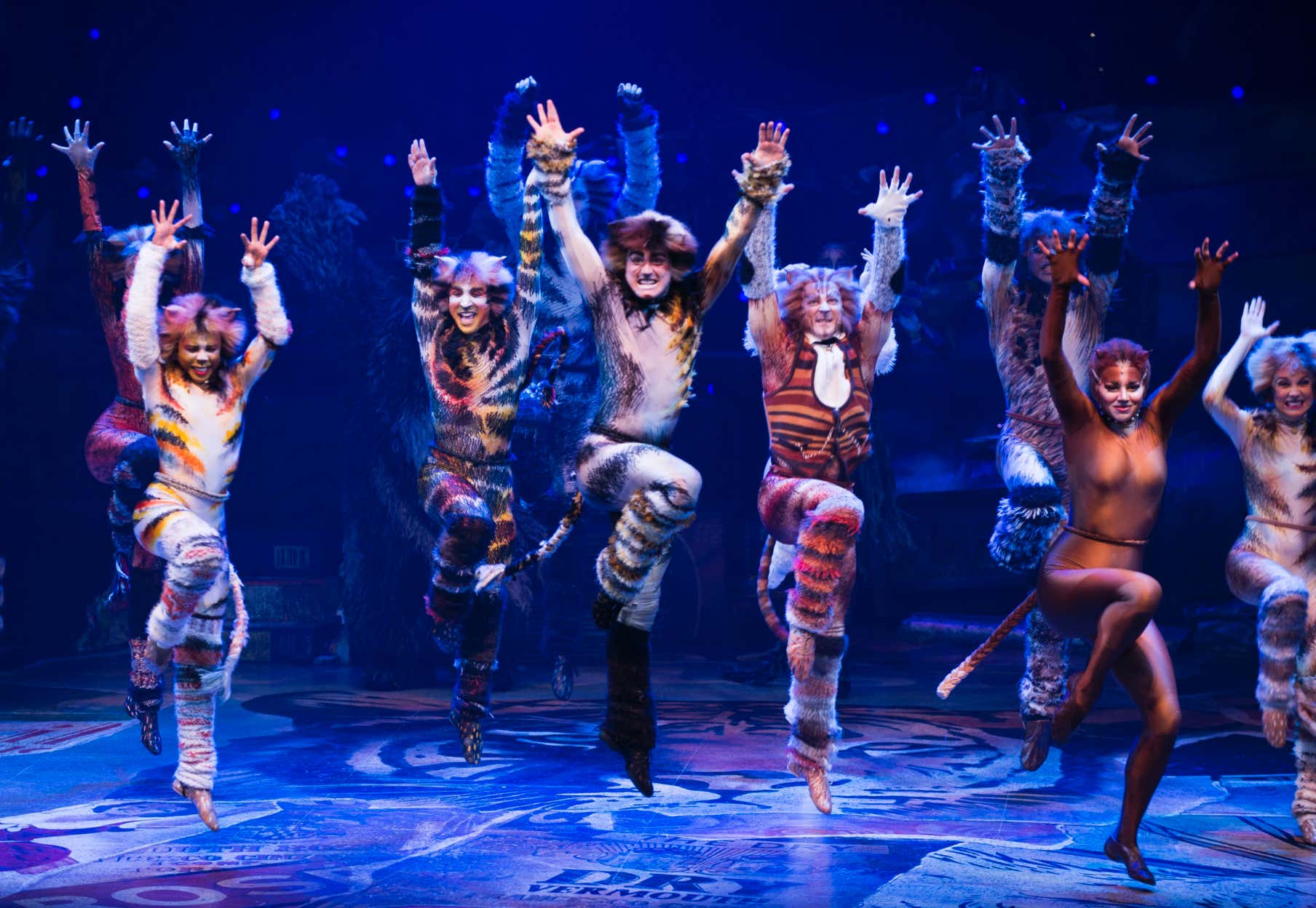 Metro- A service dog forgot he was at work and charged towards one of the characters during a recent performance of Cats. The Broadway performance of the Andrew LLoyd Webber musical – which sees actors and actresses dress up as cats – was halted when the service dog leapt up from beside its owner and sprinted towards the stage. Spies at the Neil Simon Theatre told Page Six the dog ‘got away from its owner and ran after [the character] Bombalurina, performed by actress Mackenzie Warren, during the opening number’ Jellicle Cat. Luckily a fast-moving user intervened and ‘returned the wayward canine to its mortified owner’.

No days off for that service dog. Zero. None. That service dog deserves all of the treats and a raise. You think that dog is gonna sit back and relax at a showing of ‘Cats’? Fuck no. See enemy. Attack enemy. Always. That dog doesn’t know it’s a bunch of humans dressed like cats. Kind of a sick joke to take a dog to that show. Hey pup, you know those things you hate more than anything in the world, cats? And those things you love more than anything in the world, humans? Well we’re gonna dress humans in cat make up and confuse the fuck outta you. Sorry.

I find it funny that the owner of that service dog probably made a, “I’m taking my dog to a showing of ‘Cats’. Hopefully nothings happens. LOL. Get it? Cause dogs hate cats? Nah I’m sure it’s gonna be just fine” joke. AND THEN SOMETHING DID HAPPEN. The dog did dog things. He charged the stage like an angry PETA member. This is ain’t a joke to dogs. We laugh it off as a silly rivalry cause we’re humans and we have bigger things to deal with like rent and nuclear war. But to dogs and cats? That shit is real in the field. It’s one of like two things that a dog cares about. So it’s no surprise to me that the dog blacked out and went into war mode. Lesson learned. Don’t take your dog to a showing of ‘Cats’.