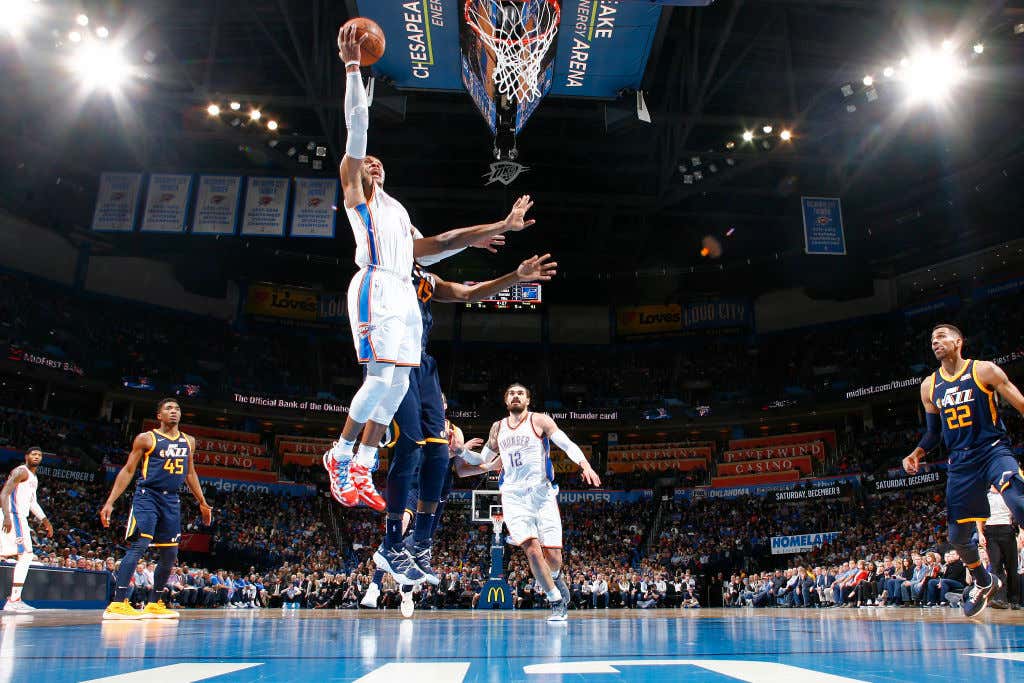 Welcome to another edition of Last Night In The NBA where we catch you up on everything that happened from the night before in the Association. There were only 3 games last night, so theoretically you should have been watching, at the very least streaming in the background while you did something else, but if not, that’s OK. Here’s what happened.

I can’t think of a team that has an easier month of December than TOR, I mean this has been their schedule since around Thanksgiving

so really they are just doing what everyone expects them to do, and that’s blowout the Suns. A 36 point first, and 42 point third quarter made that pretty much a forgone conclusion, but the Raptors were able to do that because they got solid play from all of their starters not named Valanciunas. Of course they were led by Lowry/DeRozan like they are most nights, and Lowry really balled out with 20/6/1- on 7-12

Now 4 straight and 7 wins at home, it would appear as though TOR is poised to have a similar win streak like the other top teams in the East have done. The biggest thing for them is usually health, and so far they’ve been blessed.

For PHX, they weren’t so lucky. Devin Booker getting hurt late in the fourth with a strained his left adductor that forced him to be carried off the court by teammates sure does suck. Especially when it happens to a player like Booker, who has been insane over the last few weeks.

Also shouts to the PHX bench, who had 5 players in double figures with everyone who played but Bender (0-1) going 50% of better from the field. Basically a lot of plays like this

over half their points came from the second unit guys, but again, nothing matters when it comes to PHX until they show they can play a lick of defense.

You may be asking yourself, what is so important about a game between two teams hovering around .500? The answer is simple, division head to head matchups. You know how crazy seeding in the West is going to get, especially towards the bottom? It’s going to be a bloodbath. UTA had already beaten OKC earlier this year, so the Thunder really needed this game to not only help them climb closer into playoff contention, but also to make up ground within it’s own division. Fortunately for them, they got a very Thunderlike performance where their big guns showed up and their defense was stout.

PG13, Melo, and Steven Adams combined for 55 and for the most part shot the ball really well

But the story offensively is Westbrook and his triple double of 34/13/14 on 12-25. Shit 3 more TOs and it would have been a quadruple double, but it was performances like this that brought him the MVP last year

So much of the talk around OKC is about PG13/Melo/Westbrook, but take a look at Steven Adams as of late. During their last three wins he’s averaging 22/8 and is 28-34 from the field. Sure like 90% of these shots are layups/floaters/dunks, but production is production if you ask me.

For UTA, this has to be a bit disapointing because they had an 8 point lead at halftime, and then a bigger lead early in the third, but it ultimately wouldn’t last. You could say they ran out of gas in the fourth, where they scored just 14 points to OKC’s 32.

But it’s not all doom and gloom! For example, Donovan Mitchell is balling his goddamn face off. He finished with a team high 31 points on 11-22 shooting, including 5 made threes

This makes total sense. One night the Wizards score 69 points as a team, the next night Bradley Beal almost scores that himself. A career night for Beal, 51 points in all, nothing really needs to be said, just enjoy the beauty

I can only imagine how happy this makes Wizards fans because after playing 77 games last year, he’s played in all 24 games so far this season. A healthy Bradley Beal is a dangerous Bradley Beal and that’s what they’ve been able to enjoy. Now when a player takes 37 of the 89 shots for your team, there isn’t much else for anyone on the team to do, but Oubre Jr and Scott went 11-14 off the bench for 24 points as the only other guys in double figures.

The Wizards have PHX/LAC/BKN/MEM/LAC on deck, so it wouldn’t shock me if we see a little streak from them as well heading into the Dec 17th date with CLE.

For POR, just when you want to believe in them, they kick you in the dick. It doesn’t help that Nurkic got hurt, most likely an ankle, but they got absolutely zero from their bench, and turned it over 18 times. That’s not going to work. At least Dame looked good and had 30/8/9

and having Aminu back will be big for them as the season moves along and he looks like he’s getting back into shape with 17/6 on 6-10. If you’re a Blazers fan you’re just praying whatever was up with Lillard’s hip late in the fourth quarter is nothing serious.

POR is in a dangerous spot right now as they’ve lost 3 straight and have HOU/GS as their next two. They could be clinging on for dear life to their current spot as a 6 seed if they don’t turn it around quick.

And that’s it!! You’re now all caught up on everything that happened the night before in the NBA. We have 10 games on tonight, including some good matchups like DET/MIL, DEN/NO, and MIN/LAC, but if you miss things for whatever reason just come back tomorrow and I’ll fill you in