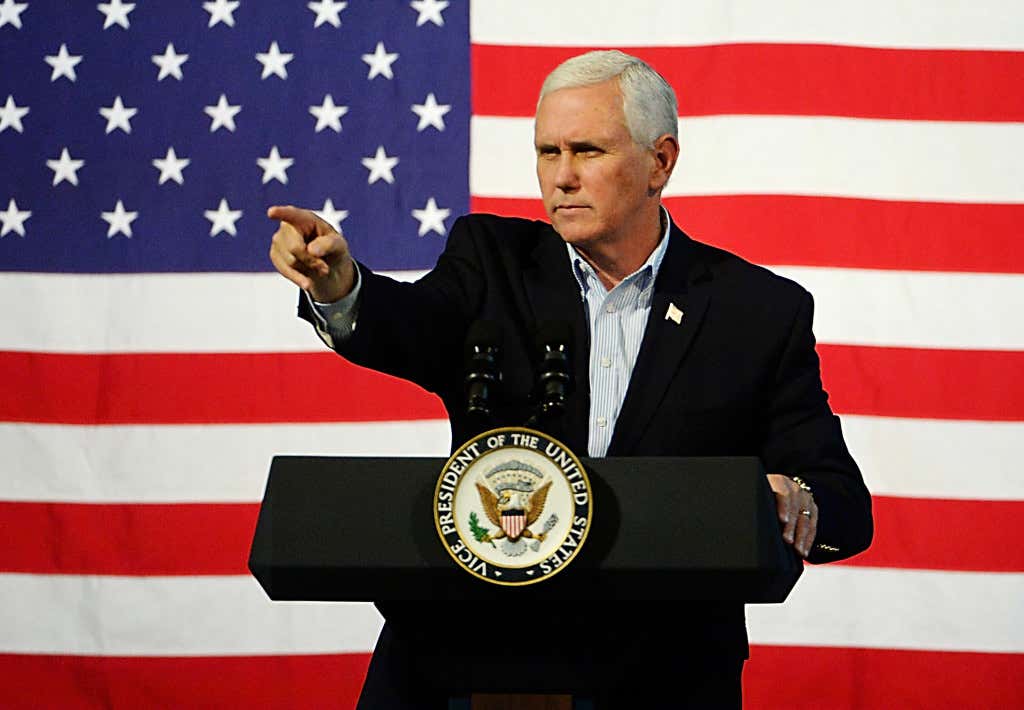 NEWSWEEK - Vice President Mike Pence reportedly snitched on his Phi Gamma Delta fraternity brothers for having a keg at a party on his college’s dry campus and got his entire house in trouble.

Pence, then a sophomore at Hanover College, alerted the dean that his brothers were violating the small Presbyterian school’s strict no-alcohol policy, his former fraternity brother Dan Murphy told The Atlantic in a profile published on Tuesday.

Live look at me reading this story about my Vice President:

This is it folks.  The story that could finally take down the White House.  Not since Woodward, Bernstein and Deep Throat took down Nixon has a more explosive report emerged from the seedy underbelly of Washington.  Mike Pence – Vice President Michael Richard Pence – accused of snitching on his fraternity brothers for having a keg party in college.

The details are stunning and not for the faint of heart for fans of American values and patriotism.

At the time of the incident, the fraternity was reportedly having wild parties re-creating its favorite scenes from Animal House, which had recently been released. Pence “was not a particularly hard partier” but oversaw his brothers’ complicated plans to sneak alcohol into the house and was in charge of ironing out any issues with adults if things went wrong.

During one rowdy bash, the brothers found out a dean was coming to the house and tried to hide evidence of their illicit activities, according to the article.

The future vice president greeted the dean at the door and proceeded to direct him straight to the kegs, telling the official they belonged to Phi Gamma Delta, his former brother said.

This is the man we have in the hallowed halls of the Vice President’s office?

This is the man who is one heartbeat away from being the leader of the Free World, the Commander in Chief, the most powerful man on the planet?

This was a major departure from the fraternity’s usual practice: Whoever answered the door took the blame for the booze so the whole house wasn’t formally disciplined, according to Murphy. But after Pence allegedly snitched, the entire fraternity was handed a harsh punishment.

“They really raked us over the coals. The whole house was locked down,” Murphy told the magazine.

Pence’s brothers were furious with him, but he maintained a good relationship with the administration. In fact, he was so beloved by school officials that Hanover offered him a job after he graduated, according to The Atlantic.

All the buzzwords flying around along with the “Impeach! Impeach!” chants: Russia, collusion, obstruction, Russia, sexual assault, Russia.  It’s all just hearsay, circumstantial, questionable, unproven.  The White House can dip dodge and weave around it for Trump’s entire term if they want, painting it as #FakeNews and rumors drummed up by the haters and the libtards.  But this one?  Mike Pence snitching on his frat brothers for having a kegger?  Leading the police directly to the stash?  Using his Narc status to keep him on good terms with the administration?  Ole teacher’s pet rat face ass Pence.  Sickening.