Tip o’ my cap to these little fuckers, can’t even spell “lemonade” and it doesn’t even matter. They are telling everyone in the neighborhood and all of the passing cars to keep their pennies. They can keep their worthless dollars. US currency is for the birds. We’re living in a bitcoin eat bitcoin world. Those kids know a quarter is basically worthless. But 25 cents in Bitcoin is basically a million dollars. Sell a few cups of lemonade and they’ll be vacationing in the Swiss Alps by this time next year. Sell a few more and they will be retired before their Bar Mitzvah. Them and the Winkelvii, bitcoin entrepreneurs before their times.

Biz Insider - The image made it onto the front page of Reddit and quickly spread across the Bitcoin community. And perhaps sensing an opportunity to turn this into a huge publicity stunt and free ad for Bitcoin (with articles like this one!) the community sent him donations. 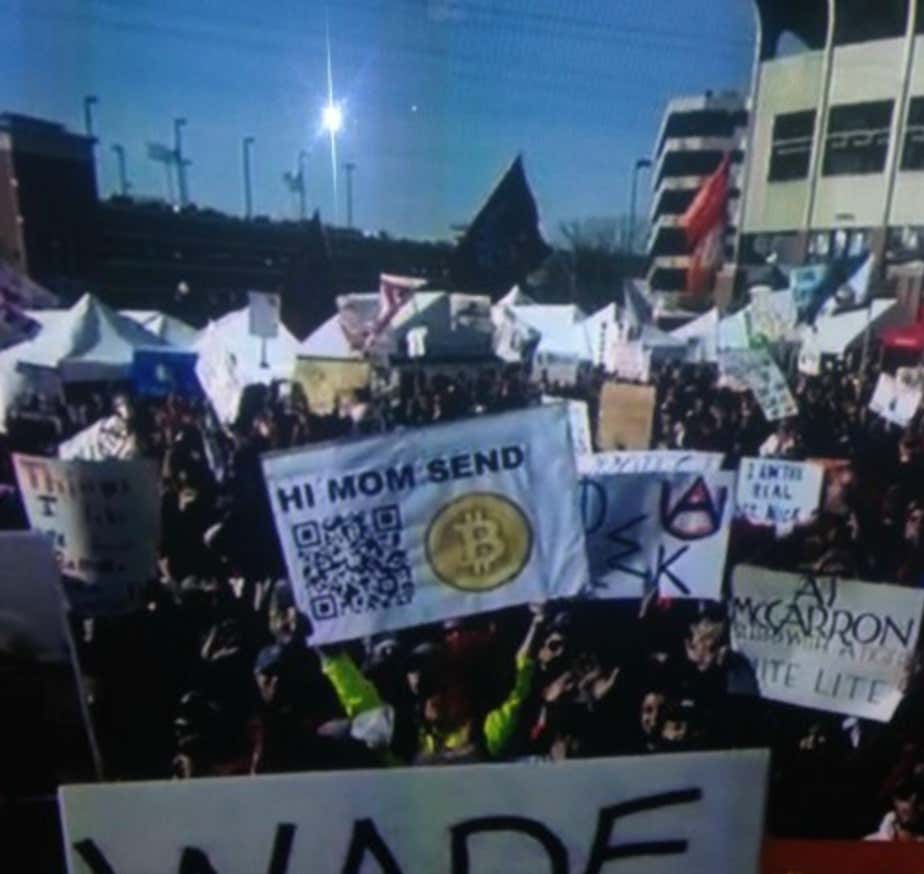