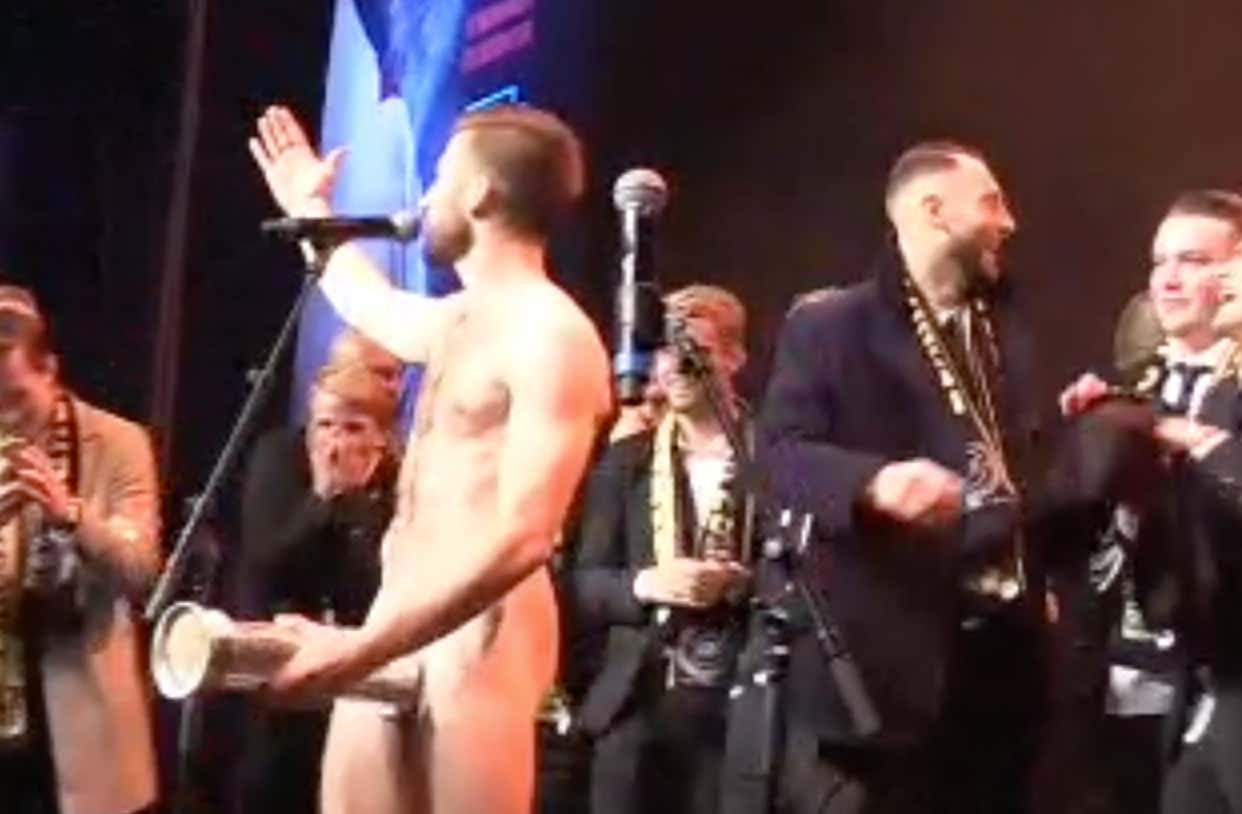 HuffPo- Soccer player Aleksander Melgalvis celebrated Lillestrøm’s championship in the Norwegian Cup on Sunday with a strip-tease that ended with him placing his penis inside the coveted trophy.

“Winning the cup is something big, and of course it should be celebrated,” said Football Association of Norway spokesman Yngve Haavik, per The Sun. “But surely it is possible to do so without showing such little respect to the King’s Cup and all it represents.”

That escalated quickly. Dude, there was no reason for you to get completely naked in front of what can only be described as too many people. I’m sure everyone is stoked you won a Norwegian soccer tournament, but that is LOCKER ROOM BEHAVIOR OUTSIDE OF THE LOCKER ROOM. Great body, funny joke, wrong venue.

Aleksander is like the kid at the sleepover where everyone is farting and laughing and he decides to up the ante and shits on the carpet, which totally misses the mark and then you have to explain to your mom that Aleksander took a dump on the carpet. Not to mention, one of the best things about winning a cup is to drink champagne from the cup with your teammates. Now, nobody is going to want to drink champagne from that cup because skippy here used it as a condom. I don’t want sweaty soccer dick germs on my lips. If that makes me a homophobe, so be it.

Shit got real weird when he went to put his clothes back on. He turned around as if to shield the audience from his dick, but then when he bent down, they got the reverse tunnel view of his balls and butthole. That is a much more traumatic sight than a frontal dick view. You ever see a dude’s bits hanging between his legs, with his butthole staring directly at you? Nightmare fuel. Show me a regular, full-frontal dick over the behind-the-scenes tapestry any day and I’ll gladly take a look.

Link to this ridiculous NSFW video of a dude sticking his dong in the cup.