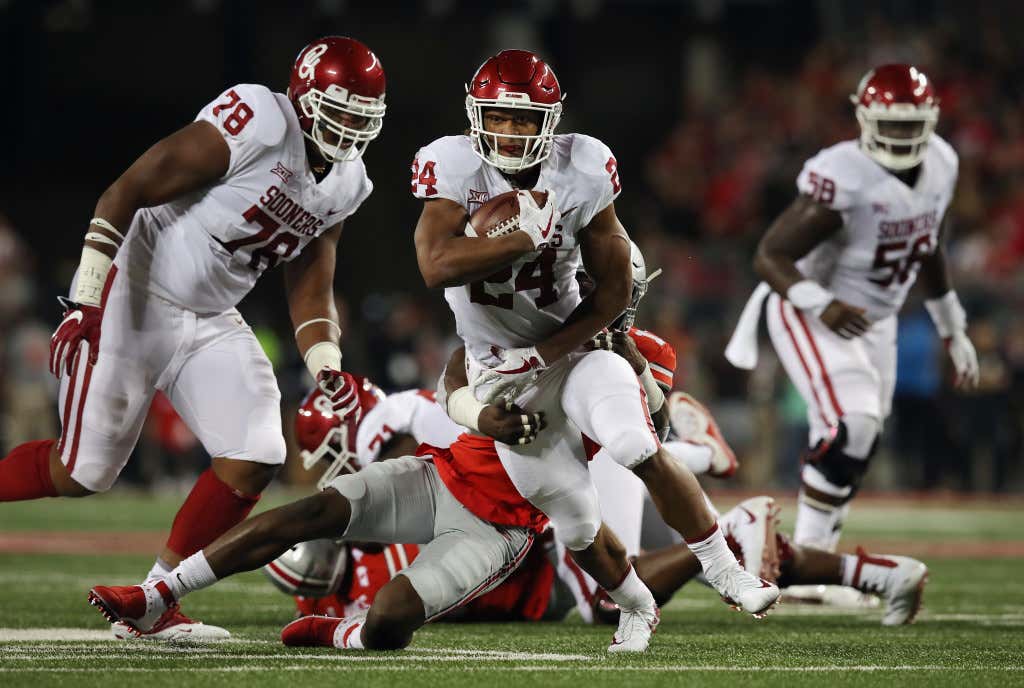 NORMAN, Okla. — A woman who filed an emergency order of protection against Oklahoma Sooners running back Rodney Anderson said that Anderson raped her at her apartment.

Anderson, through a statement issued by his attorney, said the allegation is “patently false.”

In the protective order filing, the woman said she was drinking at a bar on Nov. 16 when she met Anderson for the first time. She said she was planning to take an Uber home, but Anderson’s friends “were insistent that he take” her home.

The woman said that this past weekend, through a conversation with a friend, she started “recalling images and feelings of him forcing his fingers” inside her and biting her. She said she tried to get away to put clothes on, but he followed her and asked what she was doing.

I hate these stories because we have absolutely no idea what happened, yet it’s such a huge sports story that it has to at least be mentioned.  So I’ll just post the info we have so far.

A woman says she was sexually assaulted by Oklahoma RB Rodney Anderson a few weeks ago after he gave her a ride home.  She claims she started remembering things after a conversation with a friend weeks later including Anderson forcing his fingers inside her without her consent.  She’s now filed a protective order.

An Oklahoma spokesman said Monday night that the school is aware of the allegation and is gathering information.

And from Anderson’s attorney:

The intent clearly being to suggest the alleged victim is making this up or exaggerating the story because she was turned down by Anderson.

Obviously, we’ll see where it goes from here and what facts come out.

From a sports standpoint, Anderson is OU’s leading rusher with 960 yards and 11 TDs on the season, and they have a massive Rose Bowl game coming up against UGA.