Fitness enthusiast Chisa Tolbertson decided her trek in Colorado USA wasn’t quite zen enough, deciding to stop for a quick stretching session. After setting up a camera to capture what she no doubt hoped would be an inspiring display, she scuttles expertly across the wood in a crab pose.

All is well until she reaches the centre, when she decides to go for a more ambitious pose, raising one leg in the air.  With water rushing past her on the riverbank, she decided the best place to find inner peace would be on a precariously placed log acting as a makeshift bridge. She hits the water headfirst before the current carries her 30ft down the slope, when she was able to pull herself back onto the bank.

First of all, Chisa Tolbertson is completely okay, only suffering a few broken fake nails here. Somehow after falling down head-first and being carried 30 feet down the bank, she was perfectly fine. So now we can laugh.

To have the confidence to go out in the woods and do some intense yoga on a fucking few logs of support is laugh out loud stupid. She probably thought she was GOLDEN when she got to this point. 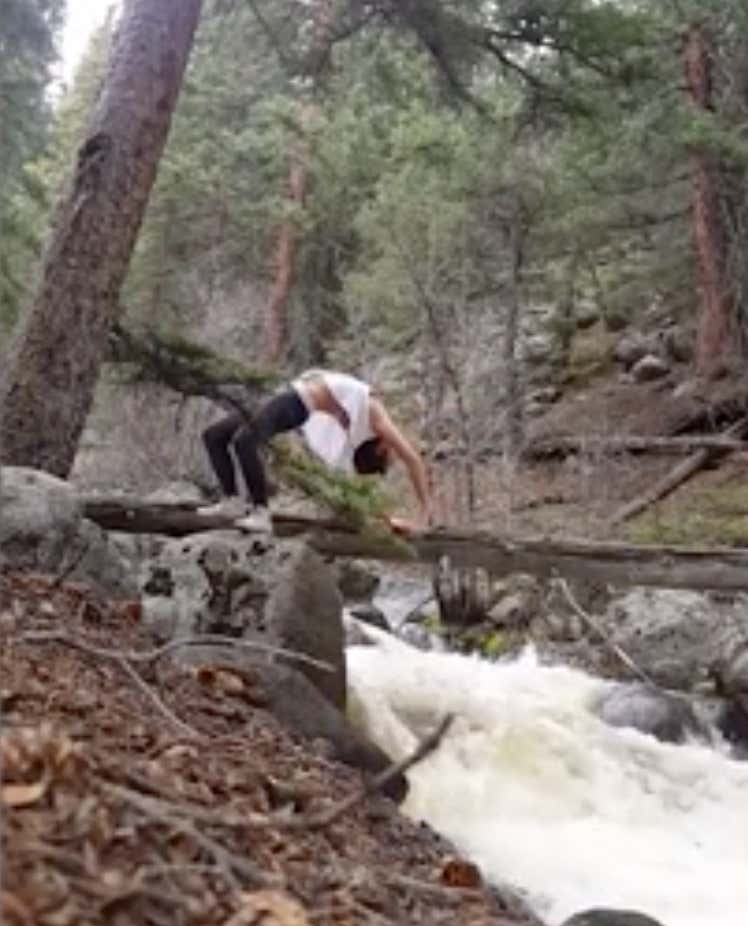 I thought originally she was just gonna crab walk her way across the bridge. But nope, Chisa decided to get cocky and do some sexy leg stretches. 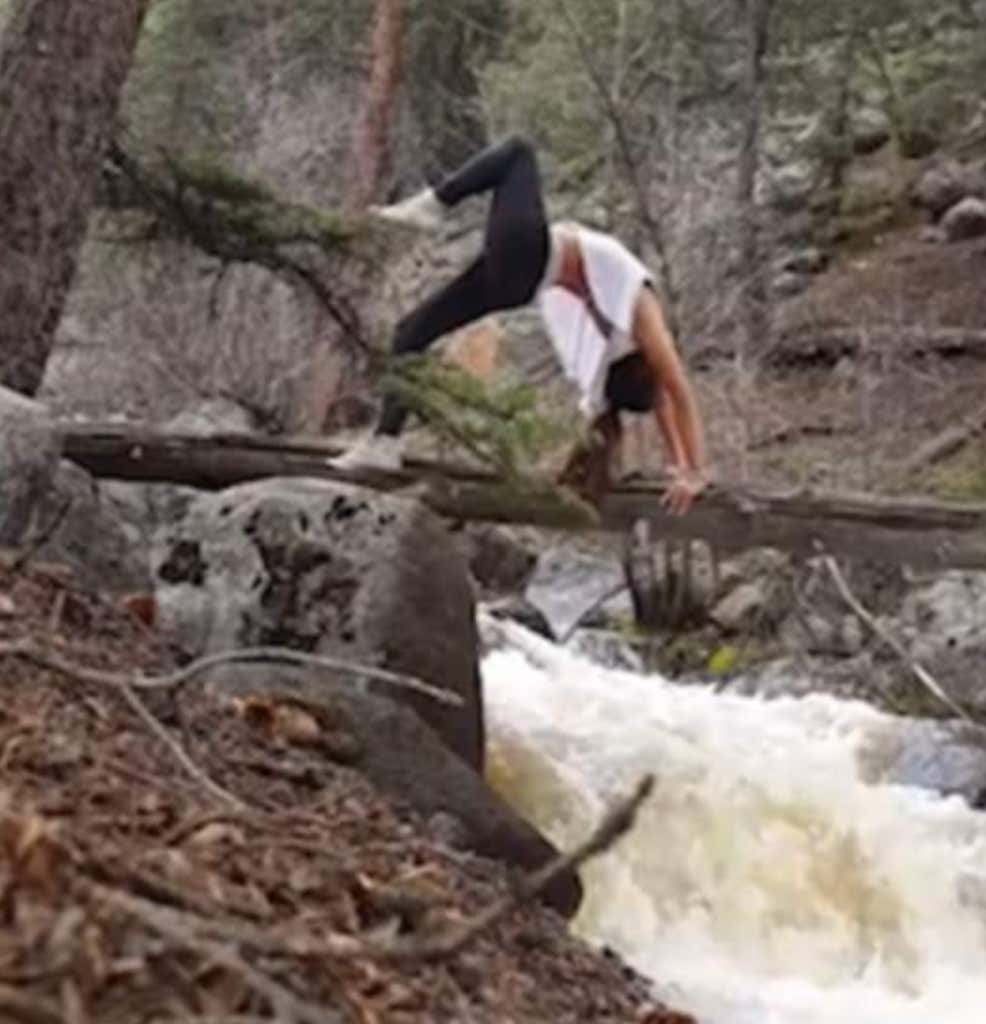 Then she got even cockier and took one hand off the log and went to reach out. BAD MOVE. DOOMSDAY. IN THE DRINK. 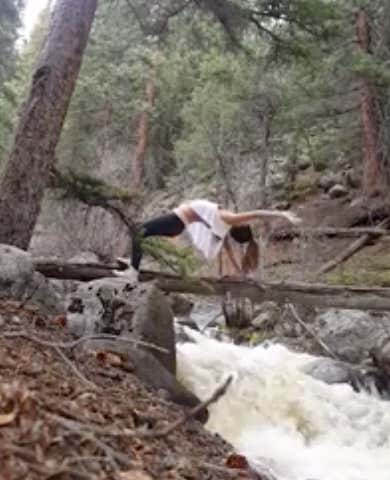 What did you think was gonna happen? No one besides like the top yoga people in the world can hold their balance in that spot. I’m not even sure I can get into a crab walking stance without throwing out my back. Chisa you gotta be better than that girl, but at least you got it all on film and have enough self-awareness to make fun of yourself. Also, sup?