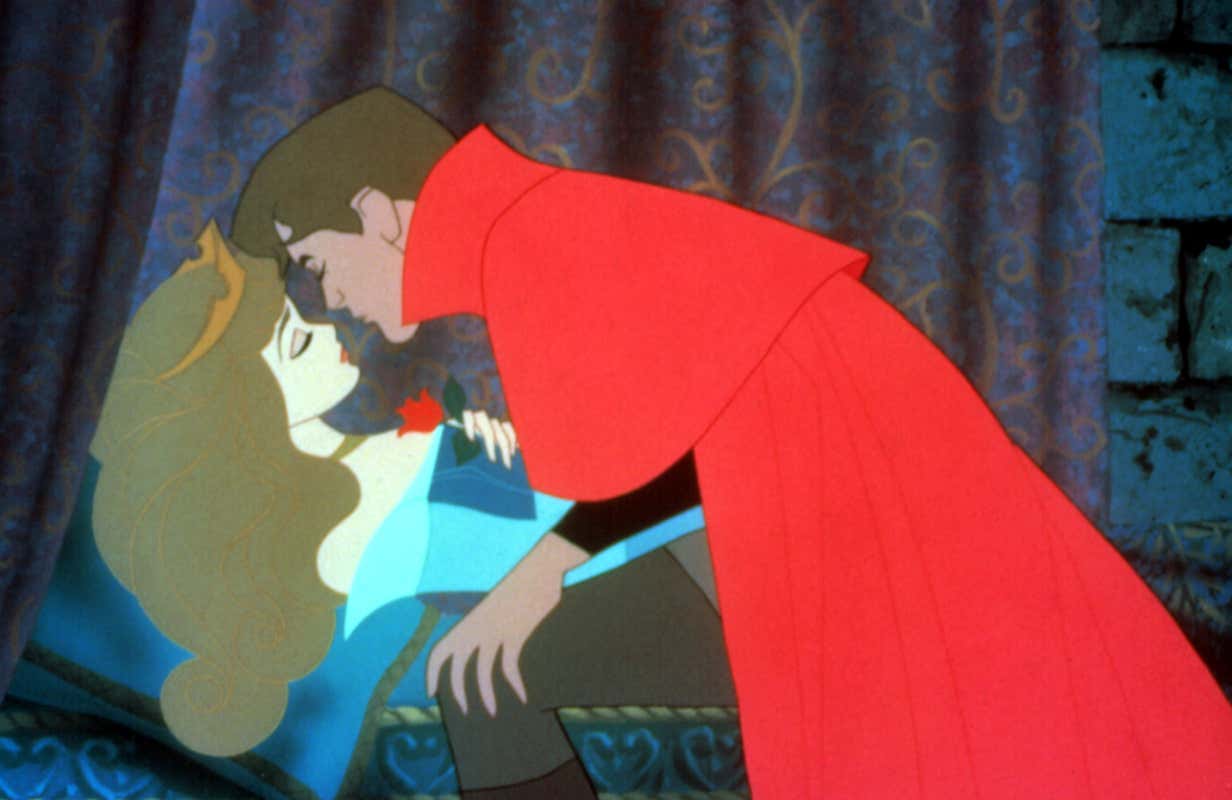 According to an interview in the Newcastle Chronicle, this fairy tale outrage is from Sarah Hall from Newcastle. Hall says she was disturbed to see the non-consensual kissing that happens when Prince Phillips kisses an unconscious Princess Aurora on the lips. The mother contacted her son’s primary school and asked for books about the story to be removed from the classroom. She also questioned how relevant this story is in modern times and accused the story of contributing to a toxic sexual environment. Disney‘s 1959 adaptation of Sleeping Beauty also features the non-consensual kiss.

I’m only gonna write one single word about this entire fiasco: finally. I’ve been waiting on pins and needles since late 1959 for someone to call out this ghoulish behavior from “Prince Charming.” Sure, the spell that Princess Aurora was under called for Aurora to be kissed on the lips but that’s no matter. Prince Charming shouldn’t have came in all hot and bothered, probably with an erection if we’re being totally forthright, and planted one on her lips.

Imagine that happening in today’s day and age. There I am laying down in the video game room at Barstool Headquarters. I’ve had a long day because my flight was delayed on the runway for a few hours. My headphones Bluetooth device had been acting up so I couldn’t listen to my tunes to relax. I was looking forward to listening to Seal’s new crooning album on the flight but that didn’t pan out. Needless to say, I arrived at Barstool’s offices feeling a little fussy. I took a little bit of Motrin, 800mgs (not on an empty stomach mind you), and decided to sleep away my stress.

Nate: Where’s Chaps? I thought he was coming in today.

KMarko: Oh, he’s here. Rough flight. You won’t believe this, but there was a delay on the runway.

Tears fill Nate’s eyes as he paces around the office. He wonders aloud what he can do to help ease my traveling troubles.

Next thing I know, I feel Nate’s lips on mine! Whoa! Inappropriate in the workplace!

Me: Nate, what are you doing, pal? I did not consent!

Nate: We’ve heard of Sleeping Beauty… I thought this was the sequel, “Sleeping Handsome.”

Me: While I understand and recognize the cinematic reference, your actions remain inappropriate.

Nate: and for that, I apologize.

Nate, Kmarko and I all make plans to watch Disney’s classic Sleeping Beauty that night in the Barstool offices. During the film, we can’t help but notice that Prince Charming kissed Princess Aurora without her consent and we all look at each other knowing what Nate did earlier in the day was wrong. He should have known better. He does now, and we forgive him.