THE WRAP - MSNBC has decided not to renew its contract with contributor Sam Seder after an old tweet emerged in which Seder joked about Roman Polanski raping his daughter, TheWrap has learned.

Seder’s contract ends in February and he has no scheduled appearances between now and then, a spokesperson for MSNBC told TheWrap.

“Don’t care re Polanski, but I hope if my daughter is ever raped it is by an older truly talented man w/a great sense of mise en scene,” wrote Seder in the now deleted tweet from 2009.

Okay this is one of those stories that probably won’t get #views and #numbers for our pageview machine, but it’s absolutely fascinating for anyone who considers themselves a big fan of Barstool.  Here are the Sparknotes:

Sam Seder is a “periodic political contributor and podcast host” for MSNBC – well, he was.  This tweet was dug up by Alt Right internet trolls last night and sent to MSNBC, which resulted in Seder being instantly fired. 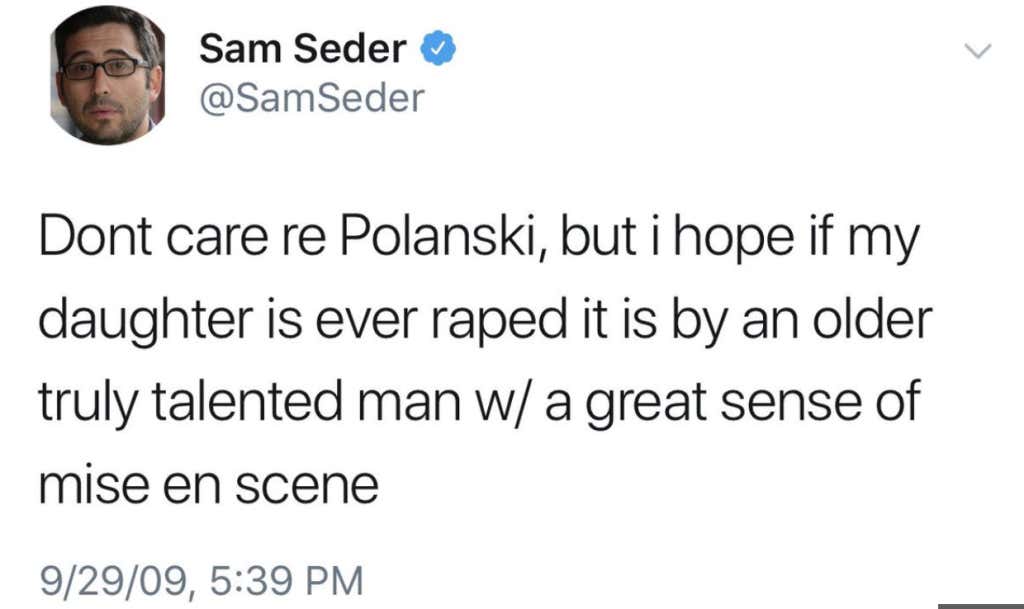 At face value, that tweet = very bad!  Obviously.  If someone were to say this comment seriously, with a straight face, that’s a huge problem, and that person is a huge scumbag.  But consider the context.  Honestly I feel like people have turned “it’s out of context!” into a cliche that they don’t take seriously anymore, but like…context is everything.

This tweet was a direct response to a ton of people, including mostly progressives, like Seder, who were criticizing the Washington Post for being too lenient on Roman Polanski.  For refusing to condemn him and in some cases apparently defending him against his accusations.  Here’s an article on it from Media Matters: 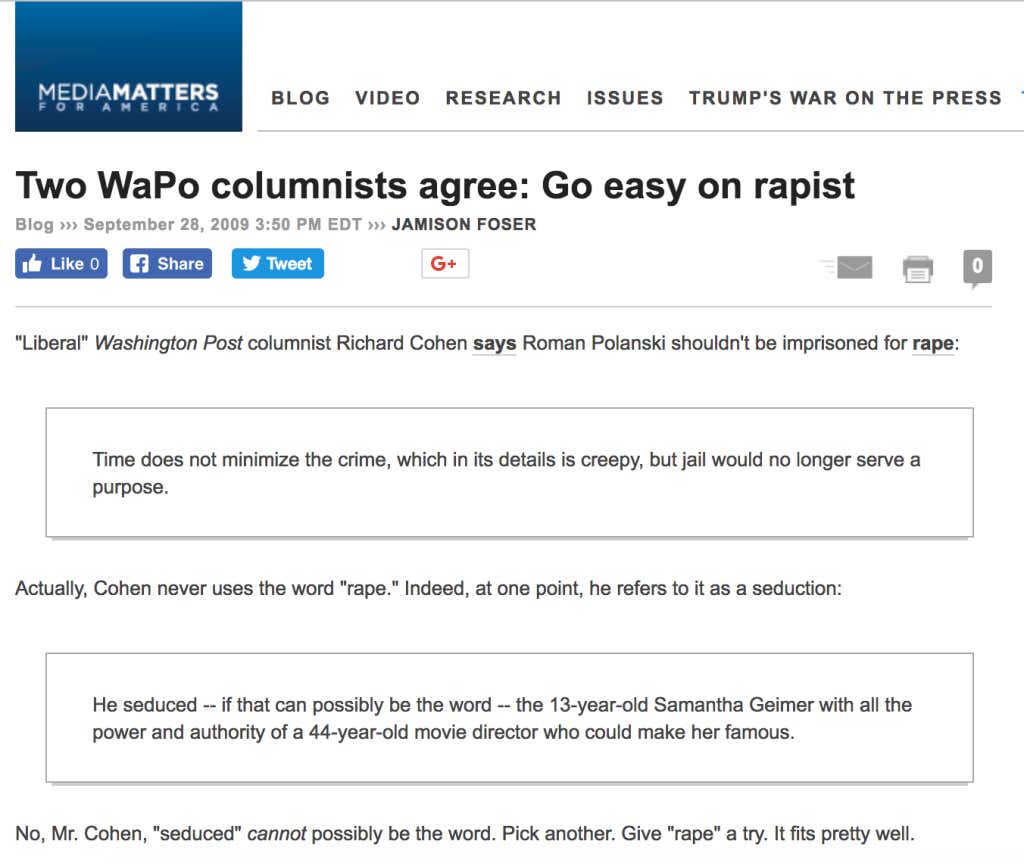 I hate to mansplain a joke and I know the Stoolies don’t need this because they have senses of humor, but for everyone else out there…the reason Sam Seder’s tweet is funny is because he is CLEARLY AND OBVIOUSLY sarcastically pretending to be one of those Washington Post columnists.  He’s mocking them. The tweet is satirical.  It’s an edgy SNL sketch in written form.  I mean having that context in mind changes EVERYTHING.  A guy saying he doesn’t care if his daughter is raped as long as the guy has clear artistic vision, is such a crystal clear joke in the context of what was happening in September of 2009, that only a braindead moron would not see that.

The part that interested me as a Barstool writer was the outrage, shock and disbelief from a lot of prominent Twitter voices over the fact someone could be judged in such bad faith. 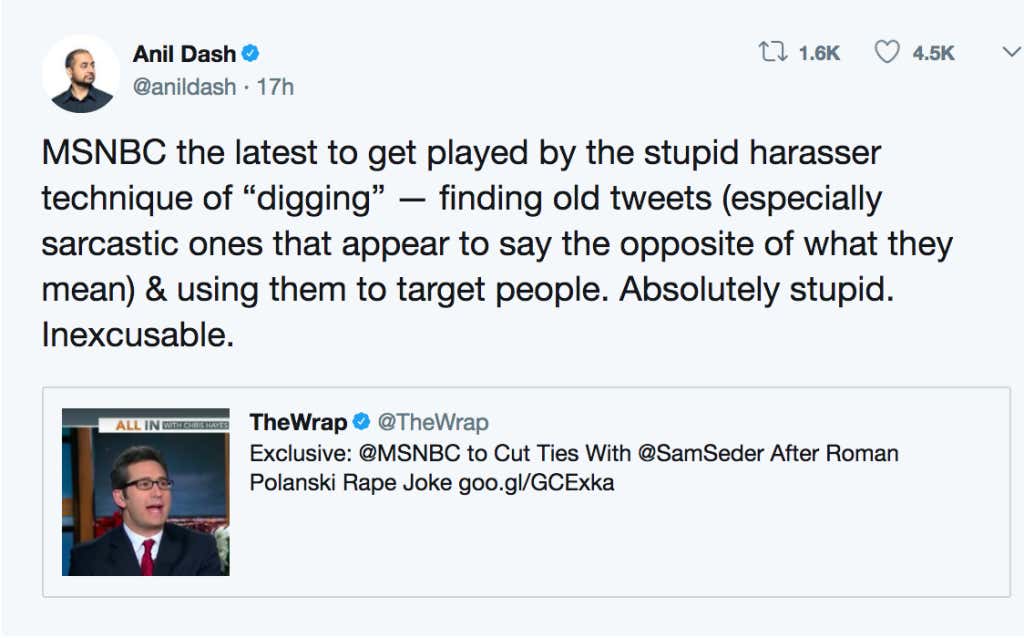 To paraphrase – “finding old tweets – especially satirical ones that appear to say the opposite of what they mean – is absolutely stupid and inexcusable.  It’s bad faith based on something written LONG ago – and clearly in a sarcastic, mocking tone designed for comedic value – that should be chilling to people who value free speech.”