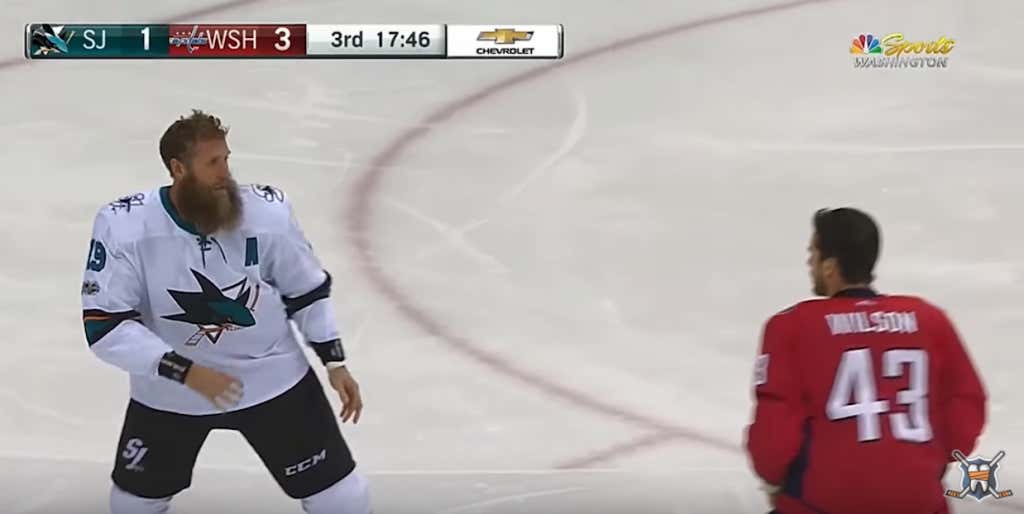 Quite a night for Jumbo Joe last night. It all started when he ran Oshie’s head into the boards with this awkward hit that I still can’t make heads or tails of

Such a weird hit. He definitely slowed himself down as to not completely murder Oshie, but he also clearly can be seen gliding into him, making sure to finish his check, rendering Oshie defenseless and causing him to leave the game with a probable concussion.

Hopefully Oshie is ok, but it looks like he’ll miss some time.

Well, Tom Wilson wasn’t a fan of that hit, and had something to say about it:

Just a nice little throwback fight to start your day. Shame Jumbo couldn’t put up more of a fight, but he’s like 84 years old fighting one of the best in the league, so we’ll give him an A for effort. Also, apologize to Oshie. He didn’t deserve that. From one team that can’t win a big playoff series to another, the Sharks and Caps should be looking out for each other, not giving concussions to the other team’s best players. C’mon. At least one of us should get a Cup before I die.