This video will forever stand the test of time. You can watch it a million times, which I have, and it’ll still make you laugh whenever you feel like revisiting it days, months, or years down the line.

Cheap plug, but we have Brock Holt on Section 10 this week — that episode will drop some time tonight so subscribe here for that — and we went off on a tangent about how great Jerry Remy and Don Orsillo were in the booth together. The Red Sox have fucked up many things over the years, but letting Orsillo go is somewhere very, very close to the top of that list.

Anyway, the “Here comes a pizza” moment (I’ve listened to it over and over again and I think it’s very clearly “Here comes A pizza” not “Here comes THE pizza, but whatever) is one of the most iconic moments in Red Sox broadcasting history. Go figure — one of the most memorable, quotable, iconic moments in the history of Red Sox broadcasting doesn’t even have to do with baseball. It’s so iconic, in fact, that fans even put that quote on a Fenway Park brick back in 2012. 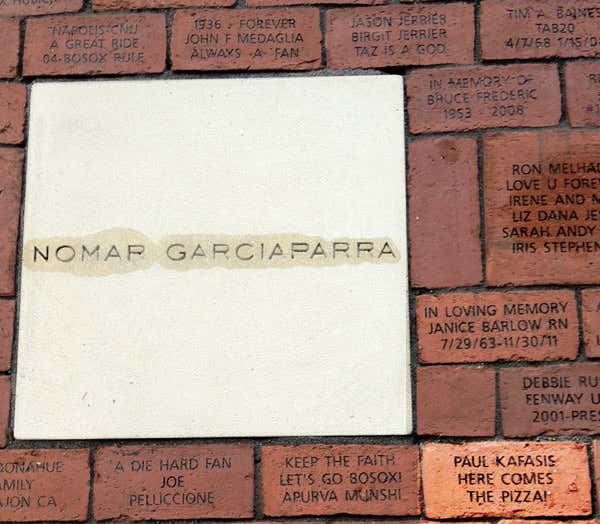 It’s so iconic, in fact, that the Beatles themselves got back together as a one time only reunion to remix their hit classic, Here Comes The Sun, featuring Jerry Remy.

It’s so iconic, in fact, that this Red Sox fan (submitted by Reddit user tfc324) has decided to forever commemorate this moment by getting a slice of pizza and the date of the incident tattooed on his skin. 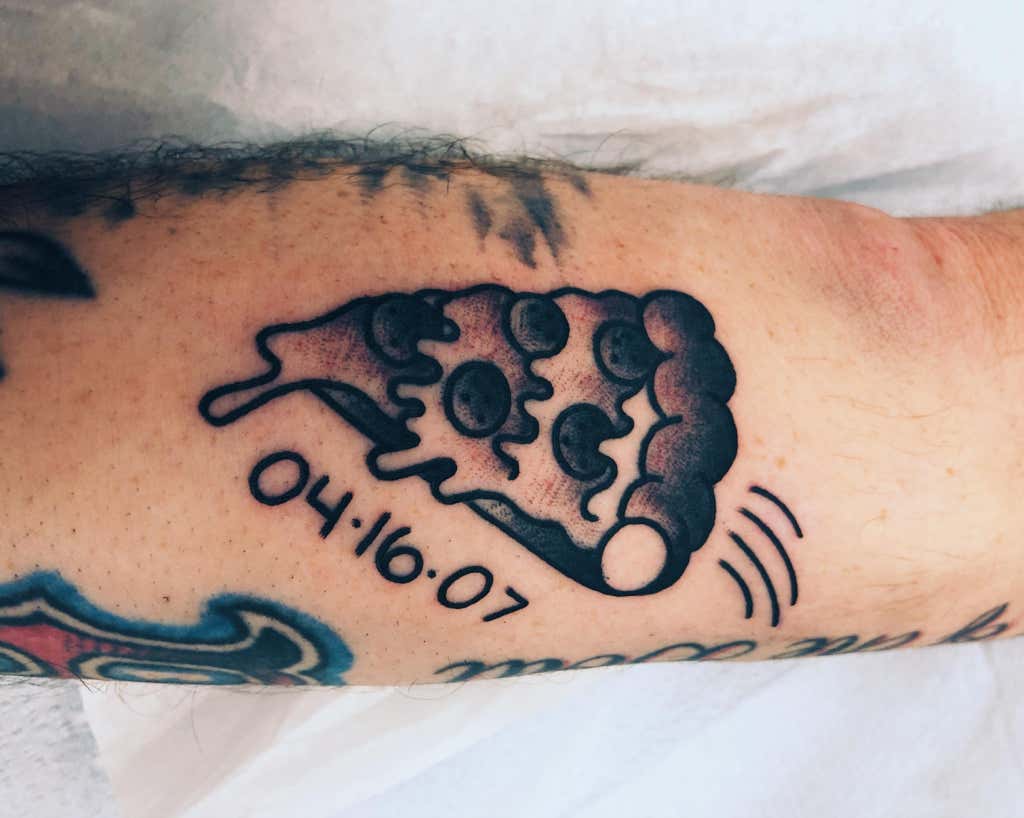 I know what you’re probably thinking — this is stupid. Well, you’re wrong. You’re also jealous that you didn’t think of this first. For the rest of this guy’s life, he’s going to get asked about this tattoo by people who don’t get it, and he’s going to get to say, “Pull up YouTube real quick” and relive this memory forever. And not just this one, either. This video obviously will prompt whoever is curious about the tattoo to watch “Here comes a pizza” followed by a never-ending rabbit hole of Remy-Orsillo classics. It’ll be like Orsillo never even left. Isn’t that a beautiful thought?