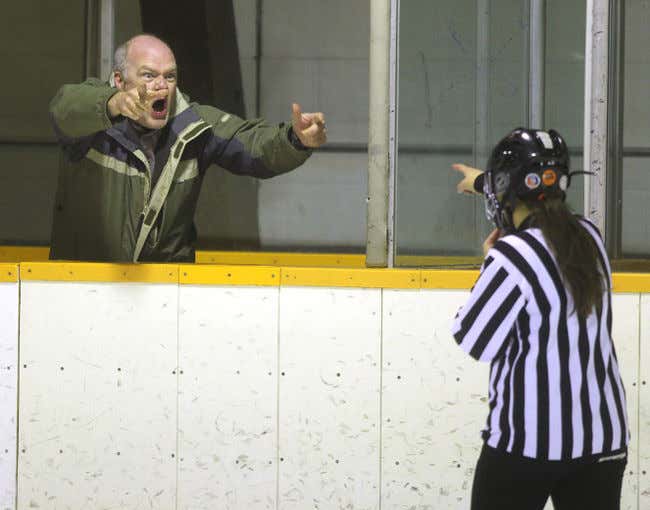 NBC Philly – A man angry over a missing jersey interrupted a hockey game in New Jersey to taunt players over their lack of skills and show them his tattoos, police say. Members of the Jewish Men’s Hockey Club were playing a game at the Winding River Ice Rink in Toms River on Saturday night when a man with a shaved head and tattoos walked past employees and onto the rink, according to police…

…Officers caught up with the man and questioned him. He told them he was in the area and decided to stop by the rink to see if his deceased friend’s jersey was still hanging up there. When he couldn’t find his friend’s jersey, he became angry. He told police the hockey players’ lack of skills also angered him, so he ripped off his shirt and taunted them and showed them his hockey tattoos.

Love my guy here and we need more people in the world like him. I’m sorry but if you’re going to be playing a Saturday night primetime game then you better be worth the ice you’re playing on. We can’t be giving those ice slots to just any grocery stick who walks in with a pair of skates. You want a primetime game? Fine. Just be prepared for some primetime chirps if you suck.

And it’s one thing to talk the talk. But it takes a special breed of beauty to walk the walk as well. Anybody can storm into a rink and start heckling the bozos on the ice. But to follow that up by going tarps off and showing off your sweet hockey ink? Boys, that’s the sign of a legend right there. Buddy’s just showing off how much he loves sports like

Unless anybody at that rink has more hockey tattoos than this guy then he’s the alpha and gets to make the rules. Just wish I knew what those tats look like. I’m hoping one of them is a tribal band that looks like a skate lace. Maybe some crossing sticks on his shoulder and a puck right over his heart to show that puck is life. And I know what you’re thinking. Man with a shaved head storms into the rink during a Jewish Men’s Hockey Club game and rips off his shirt to show off his tats, it must be a swastika. But you’re wrong. The cops said this guy had no idea a team full of Jewish dudes were playing and that this wasn’t a race/religion-based hate crime in the slightest. The only thing this guy hates is shitty hockey and he made sure everybody at the rink knew about it.

Also–kind of a weird move by this rink to take down the guy’s friend’s jersey, no? I feel like if you hang a jersey in the rafters of a guy who died, it should probably stay up there for as long as the rink is up. I just think that’s a surefire way to get your rink haunted. Not good!