Look, after a 9-game fun fest of a winning streak, it’s a weird feeling to lose. Especially the way the Eagles fell. We can dwell on Russell Wilson playing NCAA Football ’07 and attempting to option it 15-yards downfield for a non-forward pass call and challenge (even though the Eagles staff upstairs deserves a lot of heat for this one as there was PLENTY of time to look over the forward chuck):

The refs and Dougie’s decision making were equally shit last night, we all know that. Even so, the Eagles had their chances. In fact, a lot of them.

You’re not going to win every damn game. And the fact this team got outplayed in a cross country game against an experienced (yet battered) team is nothing to shake your nuts over. I said it before, and I’ll say it again, if there’s ever a “Good Game To Lose”, this might have been one to fufil the cliche. Plus Russell Wilson is a good QB. Like, real damn good. His stats were decent to the naked eye: 20-31 for 227 yards and 3 TD’s with 0 picks and 31 yards on the ground. But again Russell Wilson accounted for a disgusting amount of Seattle’s total offense. And it’s not beneficial when his head coach says he played one of his best games…EVER:

“I just thought that the stuff that he was able to create, it doesn’t really show up in the stats as much, but it was just an amazing night of football. That was fun to watch and I loved it.

“I really think that he had one of the best games that I’ve seen him play.”

Yeah. Not ideal for winning when the already really good QB plays one of his greatest games ever.

But it’s not like the game was a complete loss for the Eagles. There were plenty of positives throughout the game. The defense was hounding Wilson all night (even if the efforts only amounting to 2 sacks). Throughout their mistakes, they still played HARD and were prepared to compete. The Nigerian Nitrous had himself a DAY – 7 catches for 141 and a TD:

Plenty to learn from and, even more importantly, to feed off of while staying hungry. However, the Eagles did have to deal with shit talk from the likes of defensive stalwart Richard Sherman, no – Bobby Wagner, wait, no…Marcus Smith? Good. God.

0 tackles. 0 impact on the game. 1 passive aggressive postgame Tweet from the clouds. What a warrior.

You’re not gonna win them all. This week vs. the 9-3 LA Rams is the true test. We’re either going to find out the Eagles are who we thought they were, or fall out of a Bye spot for the playoffs and lose control of all the destinies. Now we get to see how this team deals with adversity against good squads, something that’ll be good to experience before the playoffs. Time to sack up.

PS – Enough of this “Eagles haven’t played anyone yet” bullshit. They lost to the Chiefs in Arrowhead, who were Big Red Hot during their 5-0 start, and in Seattle. You play with the cards your dealt. This team will show up ready to dance and dance well against any team, any week, anywhere. It’s the fucking NFL. Every team has a chance to win any given Sunday (except the Browns). And lest we forget, this shit changes all the time: 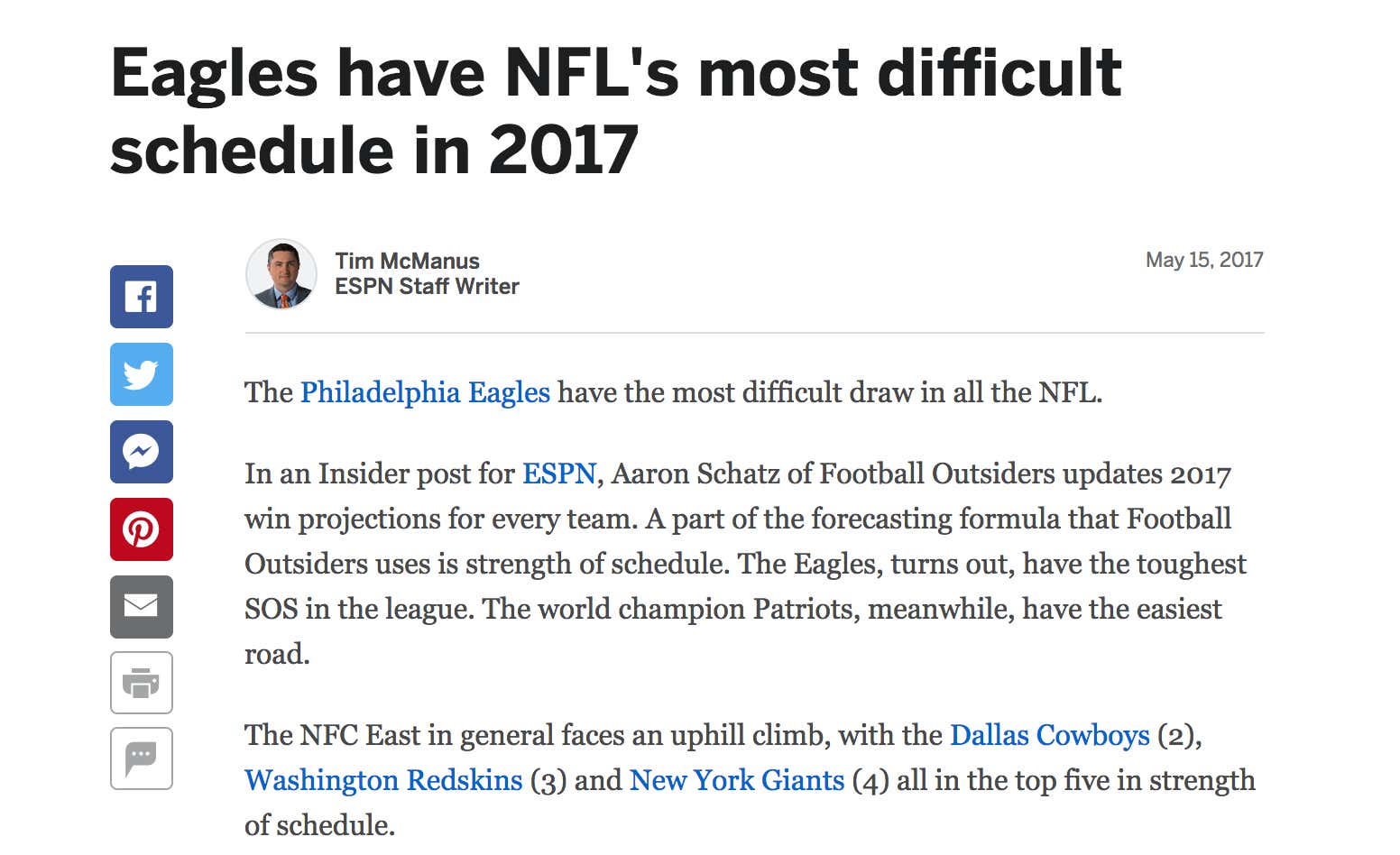