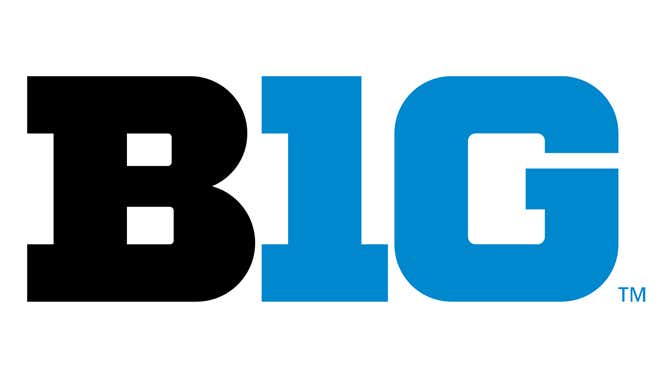 I’m going to preface this entire piece by saying there is one team in this conference that can be excluded from this narrative. Michigan State is a national title contender and shouldn’t be looped in with the rest of what’s going to be said. They are an incredibly talented and deep team and are absolutely not struggling this year.

That said, the Big 10 is down yet again this year. It was talked about quite a bit last year as the Big 10 looked slopped during the season only to be saved with 3 teams making the Sweet 16. First, I hate that argument. Just because a certain teams advance in the NCAA Tournament doesn’t necessarily mean the conference was good that year. For instance I would never argue the SEC was great last year because it had 3 teams in the Elite Eight. It’s a default argument that fans like to use because most fans only watch and care about the NCAA Tournament.

This year? The Big 10 is trash. That’s the only way to put it as the conference has been absolute garbage so far in the nonconference. Again, Michigan State has been really good. Minnesota has been pretty much above average, but the rest of the league? What have they done? Against the other 5 major conferences the Big 10 has a record of 13-23 this year. Yes, 13-23, with two of those wins coming against DePual, one against a team playing 5v3 and another against Boston College. The league has very little staple wins. So what’s going on with this conference?

The first answer is quite simple. Over the last two years the amount of pro talent in the league has diminished. The last time the Big 10 finished higher than 4th in KenPom’s conference rankings was the 2013-14 season where the league had Frank Kaminsky, Sam Dekker, Gary Harris, Caris LeVert, Denzel Valentine and more. Outside of Jaren Jackson and Miles Bridges this year? Well, there’s uh, well you get the point. According to DraftExpress the only other projected first rounder from the league is Justin Jackson from Maryland, who seems like a reach the more and more you watch him. He’s been absolutely atrocious this year shooting 28% from the 3-point line after a really solid freshman year.

The lack of pro talent leads to a couple other problems. The first is just the general lack of talent. When you have NBA talent you at least have a guy that you can put the ball in his hands and go get a bucket. That’s what’s made a team like Wake Forest last year successful. They had John Collins. When you watch a team like Northwestern this year they don’t have that guy who can just will his way out there. More importantly you tend to get swallowed up by athletic teams. This, to me, is the largest subproblem this conference has after the lack of future NBA players.

Look at some of the games the conference has lost. Purdue lost to Tennessee because of a problem that has plagued Purdue for years. When they face a team full of athletes that can make them uncomfortable, they tend to lose. They were able to shove Vince Edwards off the post and make him uncomfortable. That’s not just a Purdue problem. That’s a Big 10 problem. Michigan got destroyed on the wings because of athletic UNC wings. Indiana couldn’t stick with Duke’s bigs because they were athletic and talented. It has nothing to do with a slower pace or anything like that. Look at some of the slowest teams in the country – Virginia, Notre Dame, SMU and Baylor all rank in the sub-300s in average offensive possession legnth. They play slow. They don’t lose because of athleticism.

A direct place you can look at for the failure of success right now is in recruiting. Say what you want about top recruits and building a program – the fact is teams with top recruits tend to win (unless you’re coached by Johnny Jones). If you look at ESPN’s top-100 rankings over the last three years (Class of 2015-17), only 8 recruits were ranked in the top-25 of their respective classes. From there, four of them went to Michigan State. The others? Diamond Stone, Caleb Swanigan, James Blackmon and Thomas Bryant. Not exactly a murderers row of big time talent coming in to schools not named Michigan State. Where is Illinois here? Where is Indiana getting more than 2 top-25 recruits? Where is Wisconsin getting at least one? Where is Michigan? What about Ohio State? This isn’t changing either as of yet. Right now for the class of 2018, there’s only 1 player in the top-25 committed to a Big 10 program. Wisconsin just lost the No. 27 player to Kentucky. It’s a serious problem.

Watch a Big 10 game this year. In fact, go rewatch that Illinois-Maryland game from last night where Maryland blew a 20-point lead only to have Illinois then blow the game. It was atrocious. The turnovers were things people get yelled at for in eighth grade. There were dudes trying one-handed bounce passes from 40 feet away. There were inbound passes getting chucked the length of the floor only to go out of bounds in a 2-point game with a few seconds remaining. It was – in five words – Big 10 basketball at its finest.

The thing is, the perception of the conference isn’t going to change until March either. They blew their chance in the nonconference as there are only a few games left for these teams to win and improve on that 13-23 record. They start conference play a little earlier this year due to the league’s dumb decision to play the conference tournament in Madison Square Garden to have its footprint reach the East coast. Just stay home. Play in Indianapolis and Chicago. Recruit those areas and keep local kids at the big time schools.