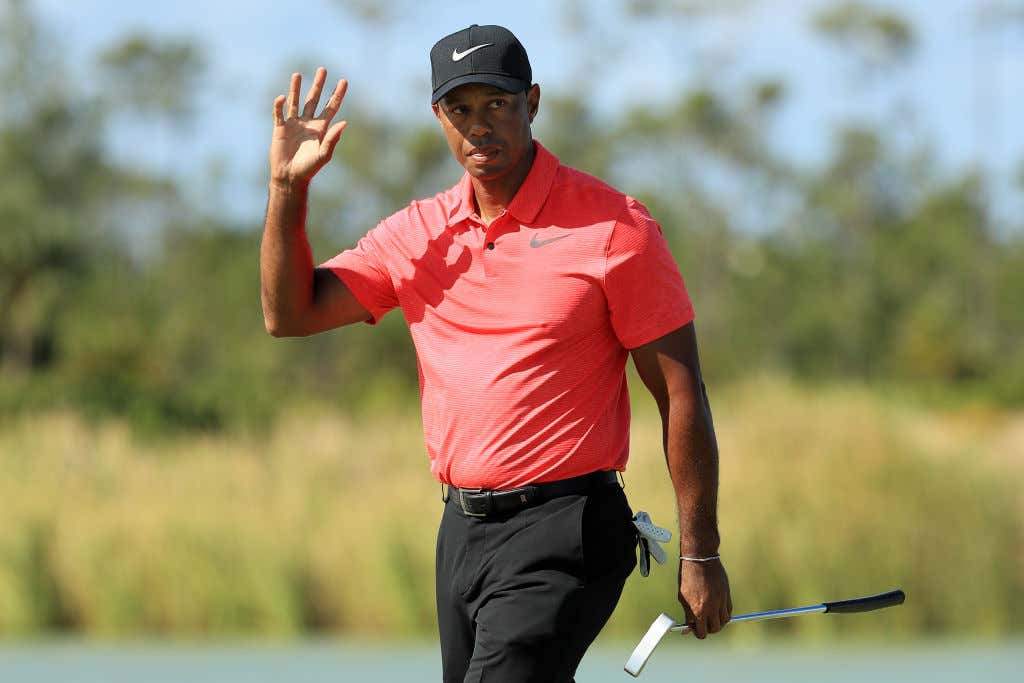 72 holes in the books folks. Only the second time Tiger has completed 72 holes of competitive golf in 833 days. 833! How’d it go? All things considered, it went PHENOMENALLY.

Once again, Tiger came to the first tee and ripped a great drive right down the pipe. For a guy who former coach Hank Haney went as far as to say has suffered from the first tee jitters, his performance here was excellent. 3/4 fairways, 3 wedges to makable distance, 1 birdie, 1 bogey. Good stuff.

Once again Tiger came to the par-5 third hole and absolutely STRIPED his second with a 2-iron. From 275, he roped one into the middle of the green, and it unluckily dribbled just over into a chipping area. Solid up-and-down from there for the first bird of the day.

It’s appalling how well he’s driving it. APPALLING. Yes, Albany has pretty wide fairways, but Tiger was splitting them in half this week, and doing it with the type of swing and ball speed that puts you inside the top-10 in driving distance on Tour.

He cashed in another eagle at the drivable par-4 seventh, hitting the big dog to about 25 feet and lipping in a curler from there.

No not the section of his body but the section of nine holes you play after the front nine. Tiger again roared on the front only to fizzle on the back. To be honest, who really gives a shit. The goal this week was to complete 72 holes and to do it without showing signs of discomfort or re-injury. He did that…

…and MUCH more. The way he drove it? The way he flushed his irons? Especially the long ones? The way he putted? The way his chipping improved throughout the week (it’s still not excellent, but he had the legit yips on Thursday, then was comparable to the other guys for most of the way in, and there’s plenty of time to work on that)? The way he jogged around the fairways? Went after certain swings? Smiled? Laughed? Fist-pumped? 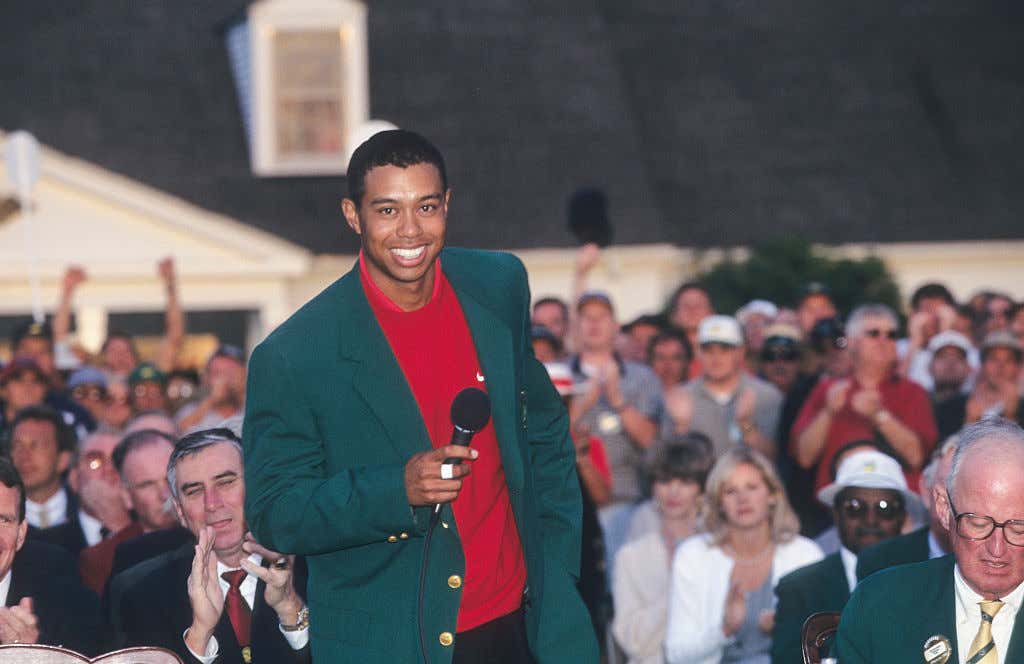 I want you to close your eyes and open your imagination for a moment. It’s Wednesday night, April 4th, 2018. The eve of the Masters. You have just finished enjoying a delicious Omaha Steak from Omaha Steaks dot com where you typed the promo code FORE into the search bar for the best deal on earth, popped open an ice cold beer, and sat down to watch some “Live From” coverage. Chamblee and the gang start breaking down the field, going through a couple of the top guys in the world rankings — DJ, Spieth, JT — then come to 42-year-old Tiger Woods. He’s played a handful of tournaments since returning from the fusion, making the cut in each and contending in a few. His Augusta odds have gone from 75-1 to 10-1; he’s a top-5 favorite entering the week. Most notably he’s healthy, practicing fully, playing his usual schedule, and finds himself inside the top-10 in driving distance on Tour for the 2018 season.

Tomorrow you will wake up, put on your best quarter zip, head into the office, get a few hours of half-ass work done, then sit back and watch the four-time Masters champ, and 14-time major champ — who hasn’t won a major since 2008, hasn’t won a Tour event since 2013 — tee off on the difficult par-4 first hole at Augusta National… and do it as a legitimate threat to win the tournament.

This scenario, my friends, looks much more now like a reality than a dream. One week ago, this was not the case. Two months ago, retirement seemed more likely.

We’re not counting any chickens before they hatch here, but Tiger giddily bopping his way through 72 holes this week gives us every reason to believe he can and will be able to tee it with regularity next year. It gives us every reason to believe, whether he’s winning tournaments or not, that he’ll be teeing it in the majors, and that alone makes the 2018 golf season one of the most highly-anticipated in recent memory.