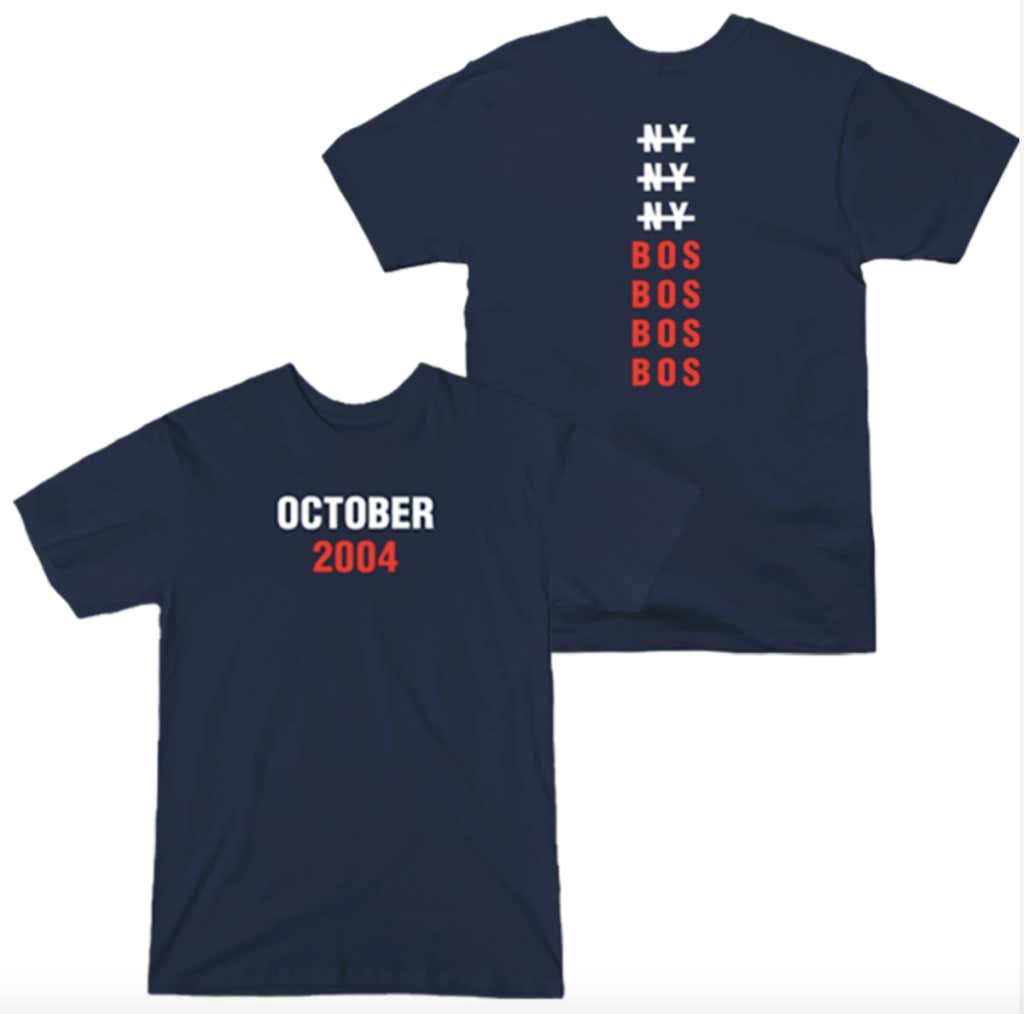 Remember that time that the Red Sox were down three games to none to the New York Yankees in the 2004 American League Championship Series and then became the first team ever in baseball history to come back and win a series after they were down 0-3? That was awesome.

Well, now you can forever immortalize those four nights in October with this October 2004 t-shirt. All the proceeds from the sales of this shirt go to the David Ortiz Children’s Fund, which helps save lives of children in New England and David’s native Dominican Republic. Grab a shirt, help make a difference in a child’s life, and relive the glory of the greatest comeback in the history of professional sports.