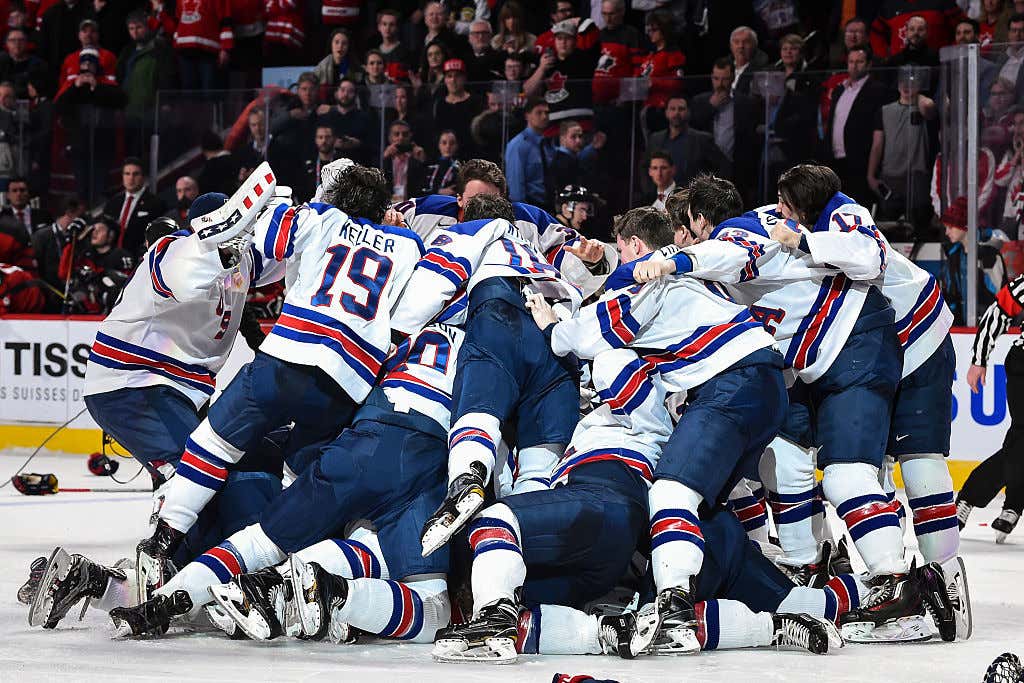 The majority of the world celebrates Christmas on December 25th. But for hockey fans, Christmas always comes one day later when the World Junior Championships start. And now that the month of December is finally here, it’s time to get ready for the most wonderful time of the year. The 2018 IIHF World Junior Ice Hockey Championships in the beautiful city of Buffalo, NY.

I’ll have some more detailed previews as we get closer to the actual tournament. This is just going to be a preview to the preview since admittedly I haven’t been paying as close attention to the prospects this year since the majority of the Flyers’ pipeline are currently playing either in the NHL or with the Phantoms. But we can at least talk about some bigs things to look forward to this tournament. Starting with, of course…

Can Team USA Defend Their Title?

Last year’s tournament was insane between Troy Terry’s heroics in the semifinal game against Russia and then the shootout win for gold against Canada in Canada. Clayton Keller, Colin White, Charlie McAvoy, the entire USA roster was stacked last year with talent. A lot of those big name guys from that roster have either made the jump to the NHL this year or have aged out of eligibility. But that just opens up some room for kids like Kailer Yamamoto, Casey Mittelstadt and Brady Tkachuk to take over. Yamamoto managed to get his 9 games with the Oilers this year and was one of their best players in pre-season despite being like 5’7″. Casey Mittelstadt has been making light work of college hockey all year so far. And Brady Tkachuk should end up being a top-5 pick in the draft next summer. So USA Hockey is definitely set up to medal again this tournament and maybe you sick savages up in Buffalo can will them to another gold medal. By the way, Mittelstadt is a Sabres draft pick so I’d expect him to have a huge tournament in his future home.

All Eyes On Dahlin

Rasmus Dahlin is the consensus #1 pick in the 2018 draft class and he’s been the #1 guy in that class for years now. He’s another one of those incredibly skilled puck-moving defensemen that Sweden has been known for over the last generation. When the kids in Sweden grow up idolizing guys like Nick Lidstrom and Erik Karlsson, all of the best players in that country want to play defense. And Dahlin is the best of best. He’s currently playing for Frolunda in Sweden’s top league and has 4 goals and 6 points in 23 games as a 17-year-old. Pretty sure he was the youngest player in the tournament last year and he won’t turn 18 until April. Now that he’s a year older and a year better, I think everybody will get a good look at why he’ll be going #1. Considering where the Sabres are in the standings right now and the fact that Sweden’s colors are blue and gold, it wouldn’t shock me to see Dahlin get a warm reception at the tournament. 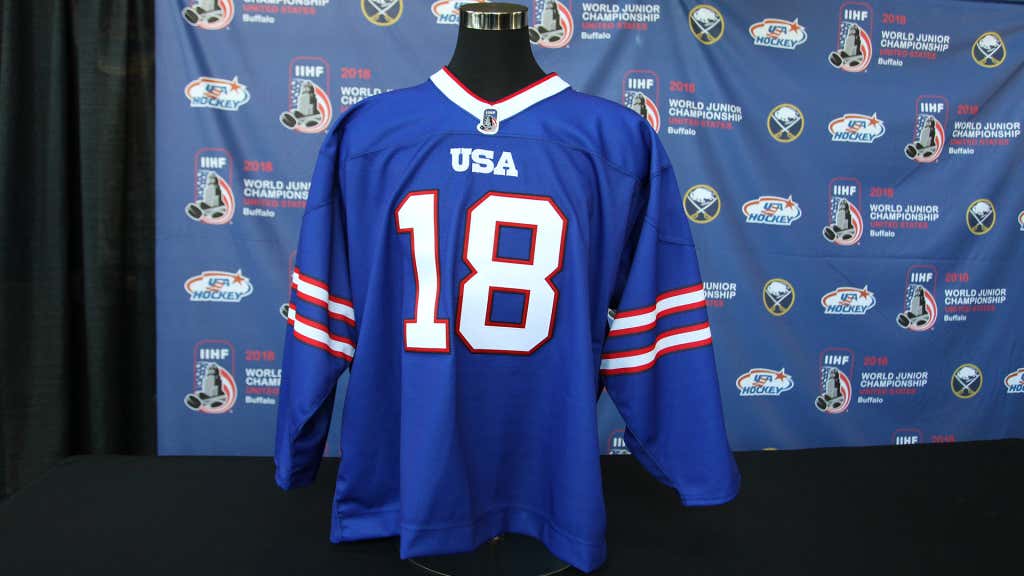 December 29th. New Era Field. The first ever outdoor game in World Juniors history. Now I’ll admit that I’m still a bigger fan of when USA and Canada play on New Years Eve but this game should awesome. Two of the greatest things in the world combined into one event. USA vs Canada in the World Juniors and BillsMafia. The only thing that worries me a little bit is Canada’s defense is going to be fucking loaded this tournament. For starters, they’ll have Flyers prospect Carter Hart in net again. Then they have Jake Bean, Kale Clague, Sam Girard, Dante Fabbro and Cale Makar on the blueline. That’s stud after stud after stud. Depending on the weather for an outdoor game could make it hard enough for the offense to score in the first place. Add in the fact that Team USA will have to go up against those guys and it’ll be tough for them to get going. Regardless, this game is going to be huge especially with all the added drama of being a rematch to last year’s Gold Medal game.

Anyway, that’s all I have for right now. Like I said, I’ll have more detailed previews coming once we get closer to the tournament and we get the final rosters in. For now–USA opens the tournament on the 26th @ 8pm against Denmark. Canada opens up right before that @ 4pm against Finland. 25 days, people. 25 days.