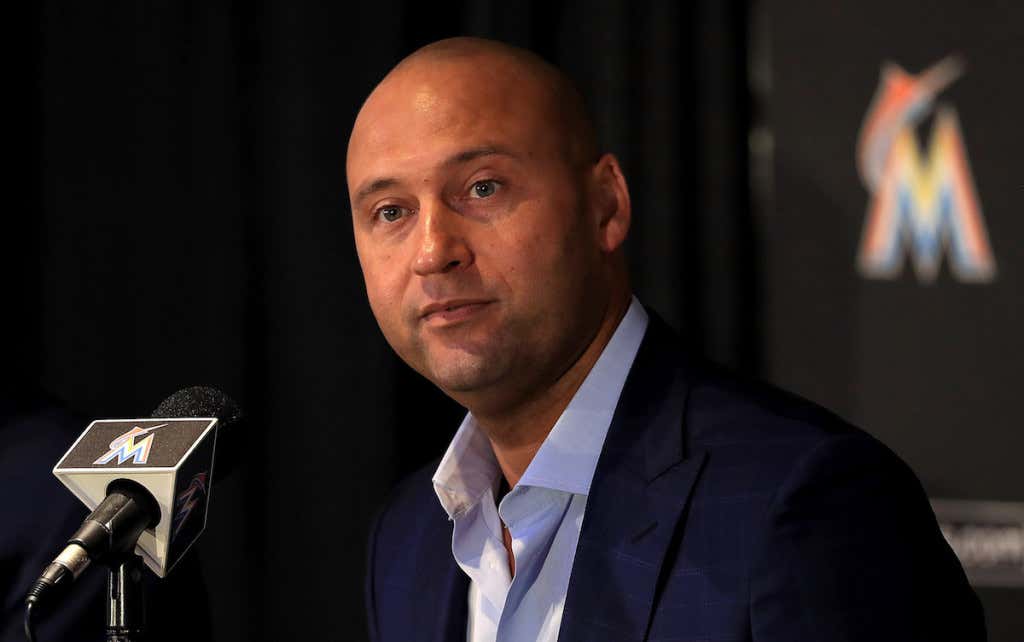 Yeah, Jeets! For a guy who did it all the right way, and didn’t just do it one hundred percent BY the book — he WROTE the book on how to handle yourself as a superstar professional athlete, Derek Jeter’s post-playing career as an executive has been iffy to say the least. It’s just been bad PR move after bad PR move by the Marlins under the watch of the former Yankee captain. This story was reported by Yahoo Sports Jeff Passan, who was our guest on Starting 9 this week.

The Miami Marlins let go of a longtime scout in need of a kidney transplant as he lay in the hospital days after undergoing colon cancer surgery, the latest in a series of questionable decisions made by the organization under the stewardship of newly installed CEO Derek Jeter.

Marty Scott, who joined the Marlins as a vice president in 2011 and in recent years had worked as a scout, said he was told his contract would not be renewed Oct. 16 while at the Cleveland Clinic in Weston, Florida, where doctors three days earlier had removed a cancerous tumor and polyps from his colon. Doctors initially found the cancer in late August as Scott underwent a battery of tests in preparation for a kidney transplant needed because of diabetes.

Right before Christmas, no less. Tomorrow marks two months since Jeter has officially been pulling the strings for the Marlins, and he’s already caught heat for asking the Marlins president to fire 87-year-old Jack McKeon, along with Hall of Famers Andre Dawson and Tony Perez, as well as MR. FUCKING MARLIN himself, Jeff Conine. Again, he did not execute those terminations himself, but instead had the team president, who was on his way out anyway, do it for him.

Then, after the dozens and dozens of Marlins fans finally thought that they were free of an owner who didn’t invest enough in the team’s payroll, the Jeter-run Marlins announced that they would be CUTTING their payroll from the roughly $112 million that it was at on Opening Day in 2017 to $90 million in 2018. How do they plan on doing that? They’re going to trade the best player on their team, arguably the best player in the history of their franchise, the man who just won the National League MVP award, Giancarlo Stanton. That’ll go over well with the fans, for sure.

Now, we have this story. Not a great look, Jeets. Noooot a great look. On the surface, as it is, you obviously feel awful for Marty Scott, but his comments afterwards make it ten times worse.

“Derek Jeter doesn’t owe me anything,” Scott told Yahoo Sports. “Probably in their hearts they did what they thought was right. I know based on certain aspects of the game, I probably was making too much money. But we all love the game. We’re all in it together. I just think 40 years was worth more than a spank on the butt and see you later.

“I’m very hurt. Forty years in baseball, I let a lot of people go. I never, ever fired somebody 10 days, 15 days before their contract was up. If I knew I was going to fire somebody, I did it at the beginning of September.”

I did some digging to see if maybe Scott had a GoFundMe page or something like that, but he does not. Was told that he’s “doing all right for now”, but if that ever changes, I’ll make sure the Stoolies know where they can go to help out.