Unfortunately I wasn’t able to catch this one live considering I didn’t know the tv show S.W.A.T. existed. But that’s going to have to change after seeing John Scott make his acting debut on the show and absolutely CRUSH it as Bobby Strock. A goon who took out another player on a rival team with a dirty hit leading that team’s fans to hate Bobby so much that they send him death threats and even try to razzle him when he shows up to their local watering hole. That right there, my friends, is how you write a kick ass television show. Breaking Bad? The Wire? Charles In Charge? None of those shows can even come close to the drama that’s unfolding in this episode of S.W.A.T.

And the best part about it is that John Scott hardly has to act at all in this episode? He was born to play this role. Hell, he pretty much lived this role for the majority of his career. Here are a couple of my favorite moments.

“Hey let me put in my teeth, we can grab some brews, talk S.W.A.T” – classic Bobby Strock. Buddy just likes to gas some beers and chuck some knucks. Definition of a beauty right there.

“Weak sauce fans for a weak sauce team” - See? That’s what I love about Bobby Strock. The chirps don’t just stop once he’s off the ice. He’s about that chirp life twenty-four sev. On the ice, at the bar, in the dentist’s office. You better keep your head on a swivel whenever Bobby Strock is around because you never know when you’re gonna get chirped next.

Odds this dude screams “SHOOOOOOOT” less than 10 seconds into every powerplay are set at -650.

Also gotta love this touching moment when you realize that maybe there’s more than meets the eye with Bobby Strock. 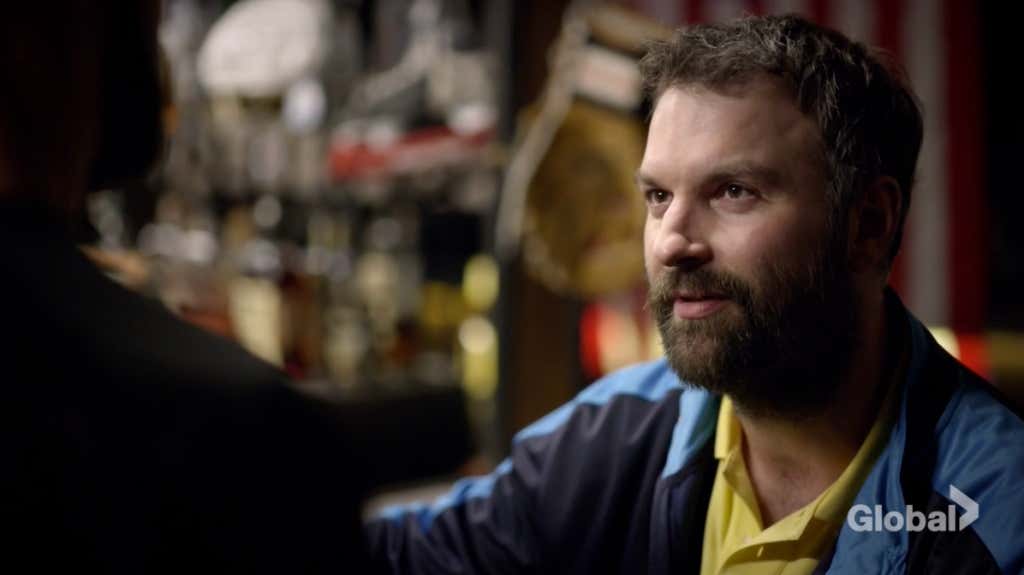 Maybe he’s not just some psychopath who goes around the ice looking to take guys’ heads off. Maybe there’s more behind the goon. Maybe Bobby Strock is a real human filled with real human emotions. It’s a moving scene to say the least.

And finally you see a bit of redemption for Bobby Strock at the end as he proves that he’s able to think about somebody else for a change and gets Officer Kay on the ice to live out one of his dreams.

First off, what college did he play for because that program must have been bruuuuutal. He’s a total bender out there. Looks like could use an entire roll of clear on those ankles. But Officer Kay went into this experience hating Bobby since he injured Justin Montgomery. But by the end, they’re just a couple of guys bein dudes out there on the ice. Really shows how your perception of a player can change once you get to know them a bit. Fucking, S.W.A.T, man. Really punching you in the feels with that one.

And would ya look at that? Turns out all it took to get Officer Luca into hockey was a little bit of violence. And you Hockey Twitter dorks think that taking violence out of the sport is what’s going to draw in more fans. Buncha hosers.

P.S. – Shoutout to Bamber for getting that #69 retired. What a legend.