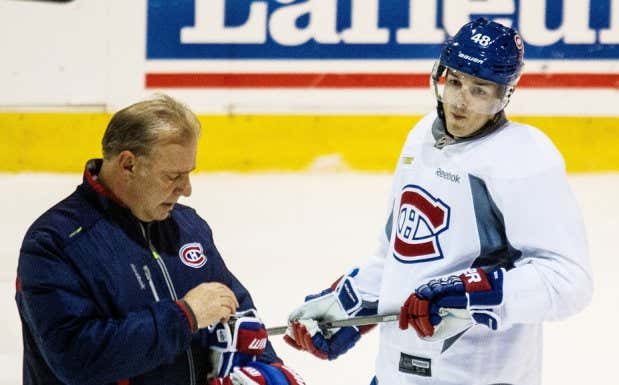 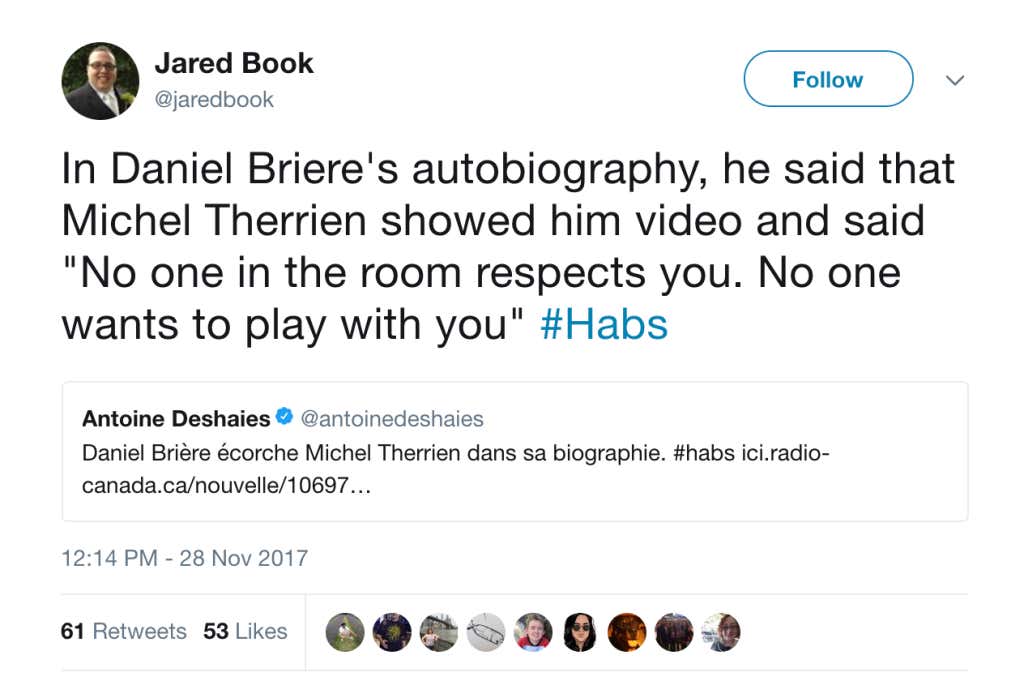 So you know who is out of a job right now? Michel Therrien. Do you know why Michel Therrien is out of a job? Well it’s not that he got fired because the Habs sucked. In fact, the team was in 1st place in their division at the time they canned him last year. Michel Therrien got fired because nobody in the locker room could fucking stand the guy. Granted, he should have gotten fired after the 15-16 season when they dropped from 50 wins to 38. But the very second another french speaking coach was available, Claude Julien, the Canadiens couldn’t kick Therrien out of the door faster.

Fast forward to today. Michel Therrien is probably sitting at home laughing to himself as the Canadiens are 6 points out of a playoff spot. He’s thinking to himself that maybe people will think it’s just the Canadiens that suck that ended up in his termination instead of the entire team hating his guts. Maybe another team out there will give him another shot to redeem himself. And then Danny Briere puts out his autobiography and makes sure to put that bastard on full blast.

Buddy. Daniel Briere is generously listed at 5’9″. He proved the doubters wrong time and time again throughout his career. He put up 696 career points in the NHL and was one of the most clutch playoff performers over the last decade. You’re just some asshole who got fired by the Penguins the year they won their first Cup with Sid. If anybody in that room wasn’t respected, it was you. But yeah, talk shit to the guy who seems universally loved everywhere he goes by teammates and fans. And I know that these are all full grown adults here. I know that Daniel Briere isn’t a child who needs to be coddled or anything like that. But when you’ve got a team that lacks offensive production and you treat one of the more offensively gifted players in the locker room like dog shit, it’s no wonder why nobody can stand the guy. And I’m sure that the majority of the players in the league would take Danny Briere’s word over Therrien’s on this situation. So who is going to want to play for the guy in the future after reading this? Probably nobody. And that, my friends, is how you dummy a coach.