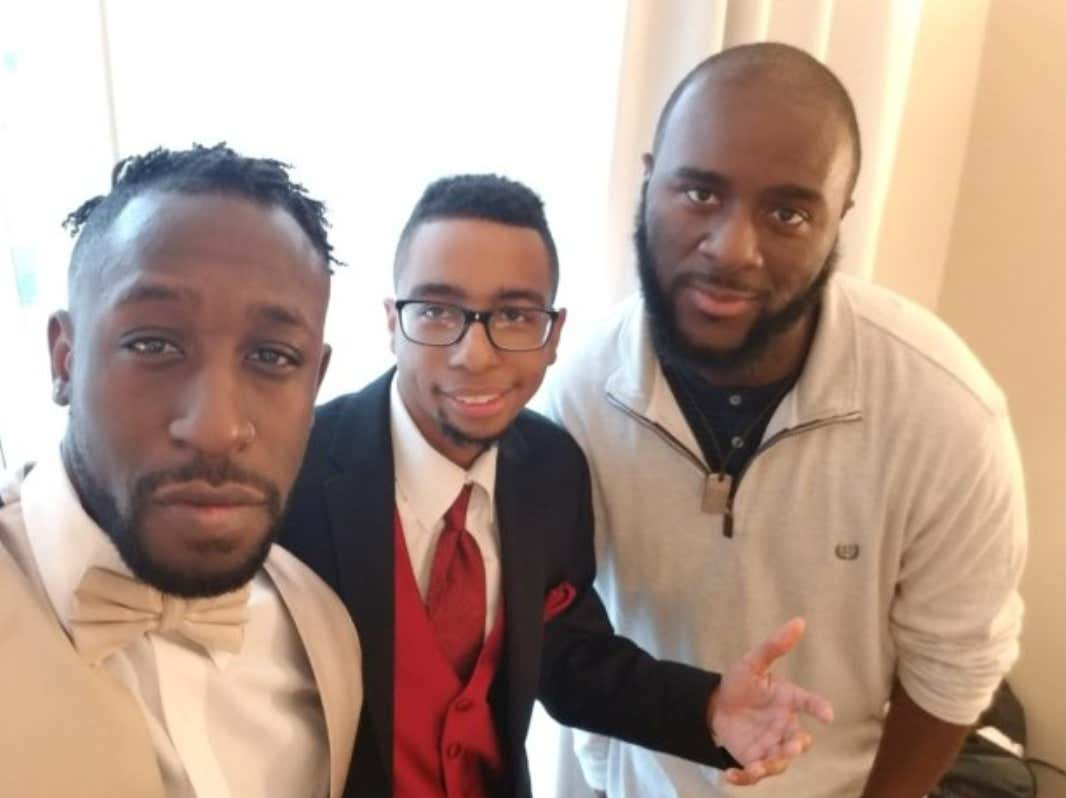 Metro- A man who met a group of friends 15 years ago on Xbox made one of them his best man – despite never having met in person. Charles Powell, 28, married Myra, in West Chester Ohio, earlier this month and asked Josephf Morris to be his groomsman in what would be their first meeting. The wedding day was magical and one that Charles will cherish forever – but it wasn’t just watching his now-wife walk down the aisle that made it so special. It was the friends who attended his wedding. Because Charles didn’t meet best man Josephf Morris, from Baltimore, Maryland, and guests Joseph Waters and William Brown, at college or while in a bar. He met them on Xbox back in 2003. Charles had been playing Phantasy Star online when he met Joseph Waters, known on Xbox as ‘Sinjo’, from Detroit, Michigan.

What a story! This warms my internet heart. And don’t tell me it’s weird that this dude had to resort to asking an Xbox Live buddy to be his best man. That’s rubbish. Pure rubbish. Its 2017. This isn’t strange at all. If anything, the people who go out and actually meet people are the weirdos now. Most of us never leave our apartments. You get everything from the internet. You wanna see a movie? You go on Netflix. You wanna fuck? You watch porn. You wanna eat? You go on Seamless. You want social interaction? You go on Twitter. You want social interaction in the form of pictures? You go on Instagram. You want a best man? You go on Xbox Live. You can probably count the number of friends you’ve known for 15 years on one hand. You’re just jealous of these guys.

And don’t tell me the friendship isn’t real. Charles and Josephf have been through a lot. 15 years of gaming isn’t a joke. Staying up until all night, ripping code red Mountain Dew and just talking about life into their Microsoft headsets. The real conversations happen at 4am. Everybody knows that. Josephf knows Charles better than his own mother. I bet these dudes rip up Halo 2 like it’s nobody business. They’ve been through the wars together. Fighting off the Covenant Empire with battle rifles and shotguns and becoming best buds along the way. Then one day Charles finds a lady friend that he likes and brings her into their world. I honestly can’t think of anything more romantic than that.