***Disclaimer: This does not include the Fast and Furious movies cause those are UNTOUCHABLE

Serious question…Does the Rock say no to a movie? Can the Rock please say no to one of these movies for the love of God. First we got San Andreas which was the most impossible movie of all time, having The Rock amazingly survive the San Andreas fault collapsing and sending California into the Pacific Ocean. You’re goddamn right there’s gonna be a San Andreas 2. I’m not exactly sure how you can have a sequel to that kind of movie but the Rock is doing it (at least Alexandria Daddario is in it again). He also signed up to be in the Jumanji remake which I’m sure he’s going to be wrestling dinosaurs and all sorts of ridiculous shit.

And now we’ve got this Rampage movie which is a play on the video game. Of course the Rock is starring in it trying to save Chicago from a giant gorilla, a giant crocodile, and a giant wolf.  But there’s more…

Next we’ve got Jungle Cruise…

“Based on Disneyland’s theme park ride where a small riverboat takes a group of travelers through a jungle filled with dangerous animals and reptiles.” -IMDB

Once again the Rock will be battling giant animals trying to save the lives of everyone in the movie. Shocker.

Then we’ve got the third movie in the Journey series where Josh Hutcherson and the Rock go to the MOON. I honestly didn’t even know they made a second Journey movie but it somehow made over $300 million off of a $80 million budget. 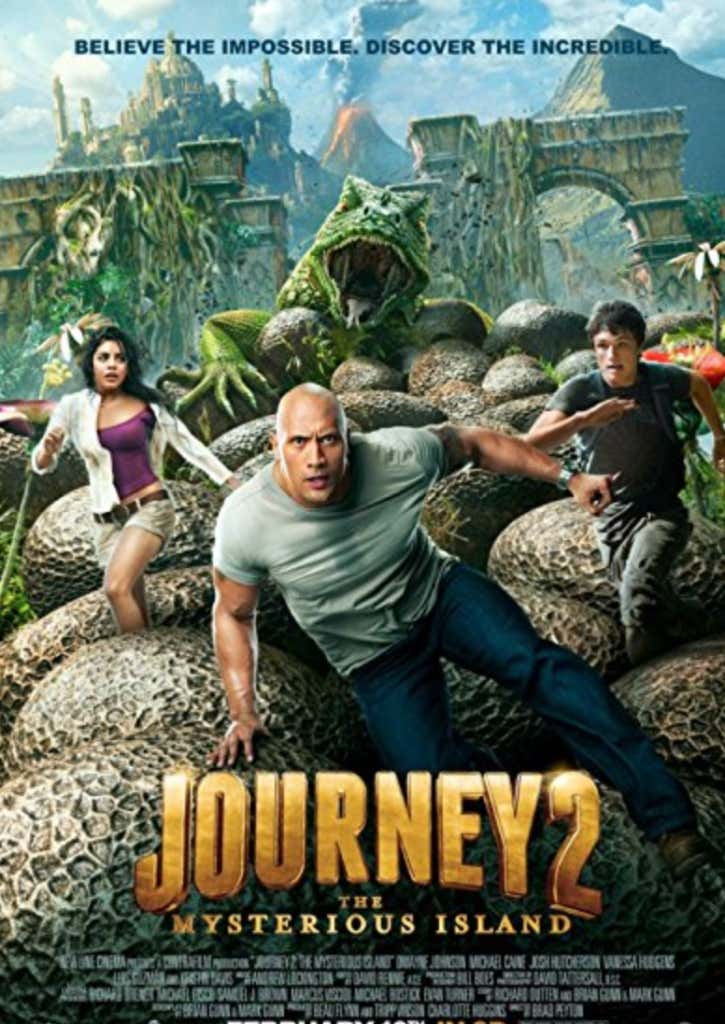 So yeah now we’re going to the moon now. Sure.

Next up in the works…Doc Savage

“Doc Savage, the man of bronze, was raised from childhood by a team of scientists to become the original “super” hero of the 1930s. A man of great mental and physical strength, he went around the world battling larger than life villains.” -IMDB

“A truck driver and his friend get drawn into an unexpected battle with an ancient sorcerer in Chinatown.” -IMDB

This is just a troll job at this point right? It begs the question if the Rock is just a giant “yes” man, if he only cares about money and has no interest in being a memorable actor. The dude is SUPER talented, but has yet to put himself in a prime spot to be in a career-defining role. He’s today’s Sylvester Stallone/Arnold, but all of those guys had memorable movies to look back on to define their acting careers.  What’s the Rock’s best movie? Without a doubt Pain and Gain right? After that is it Central Intelligence? Is it really? After all these crazy movies he’s done those are his top two.
Update: Totally forgot about The Rundown with Sean William Scott and Christopher Walken. LOVE that movie
Now I’m sure the Rock doesn’t care because all of these movies make a ton of money (minus Baywatch), but he’s gotta stop trying to save the Earth in every single movie. Say no to some of these movies PLEASE. From the looks of IMDB it’s clear he doesn’t have that word in his vocabulary.
I will say Dwayne Johnson playing Black Adam in the sequel to Suicide Squad is an actually a good call. I don’t necessarily hate that move cause Suicide Squad sucked so much it could use a little villainous Rock to inject some life into it.
P.S. The Cinema Sins “Everything Wrong With San Andreas in 18 Minutes” is incredible.
action+ 6 Tags