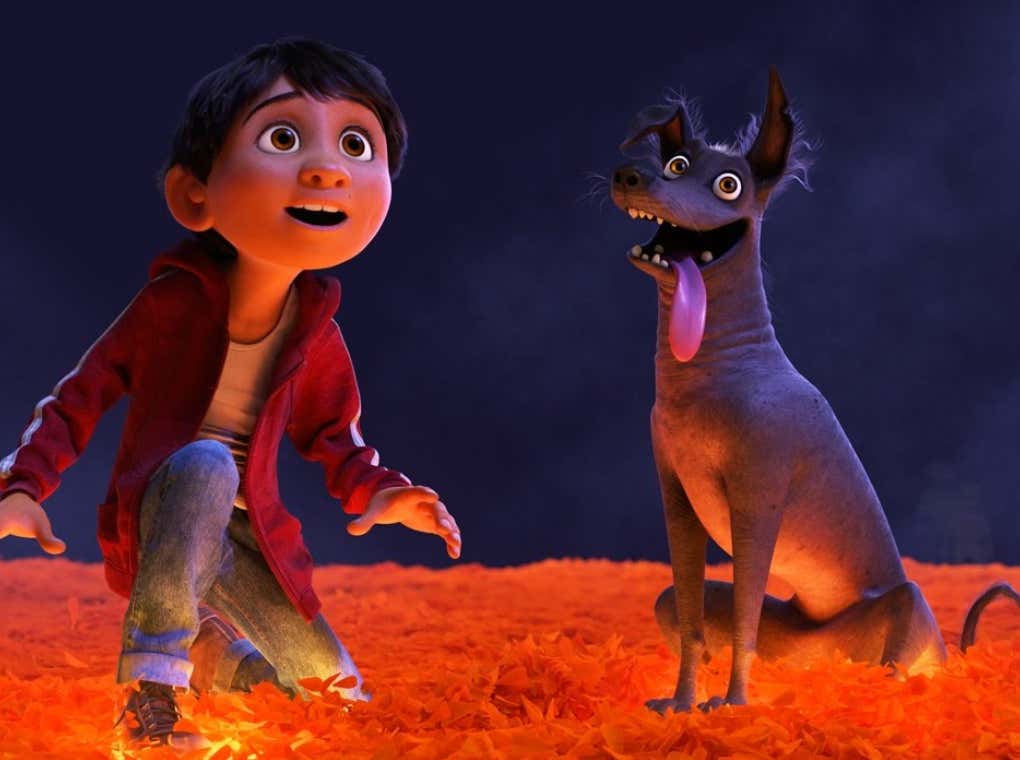 The film crossed the mark a week before it is set to hit theaters worldwide, as Disney premiered the film at the Morelia Film Festival and released it in Mexico three weeks ago to coincide with the Dia De Muertos celebrations, during which the film takes place. Through Wednesday, the movie made 824 million pesos ($43.1 million USD), and will pass the 827 million record set five years ago by “The Avengers.”

Maybe it’s just because I don’t have cable in my new apartment, but I haven’t heard a single word about this movie. I knew the name, because when Pixar announced their whole lineup a few months ago I remember it being one of the only non-sequels to come up, but that’s it. Had no idea it came out in America NEXT WEEK. Is that just Pixar being cocky as fuck knowing everyone’s gonna show up anyway? Slap that stomping lamp in front of anything and I’ll watch it. The trailer does look really cool, too.

I just can’t believe how much money it’s made when today was the first time I’d REALLY heard about it, as a guy who goes to the movies every single weekend. With the Day of the Dead theme, I’d assume this was heavily marketed in Mexico, but it’s still a very big accomplishment nonetheless. The animators that just finished up this one are now probably scrambling to whip up storyboards for the next as money rains in.